Who is the main character in the account told in Genesis 37-50? Joseph? Or Judah? 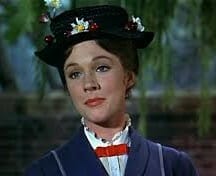 Not always. The movie, Mary Poppins, while centered around an avant-garde nanny, is really a story about Mr. Banks and his struggle to be a proper British father. To Kill A Mockingbird, told from the first person perspective of “Scout,” is

actually a story about her father, Atticus Finch, who stands tall against his prejudice ridden community.

So who is the main character in the final chapters of Genesis?

It’s the countdown to the last two lessons in our Really Bad Girls Bible Study from Liz Curtis Higgs. I admit, when I injured my ankle and had to cancel the final two weeks of our study, I was half happy/half sad. The final lesson is one of my favorite Biblical accounts. More about that in my next blog. But whoo-whee! I don’t have to teach about Tamar.

Then one of my ladies asked, “When are we going to finish up Bad Girls?” Gulp. I never could understand the place Tamar’s story had in the Bible until this past week. I’m glad my ladies nudged me to stay the course.

Throughout my adult life, I’ve thought it strange that Genesis 37 tells the story of Joseph’s estranged relationship with his brothers. The storyteller ends the chapter with Joseph stranded in Egypt, then side-steps to a seemingly unrelated story about one of Joseph’s brothers, Judah, and his ill-fated marriage to a foreigner. Talk about a cliff hanger. The first time I read Genesis, I skimmed the chapter because I wanted to know what happened to Joseph and I didn’t think my mother wanted me to be reading about a man’s infidelity – to put it delicately. Chapter 39 returns to the saga of Joseph in Egypt, his encounter with his boss’s wife, his jail term, dreams, appointment to second in command and his eventual reconciliation with his brothers. Thank you, author of Genesis. It’s another of my favorite Bible stories because it portrays Joseph’s integrity and his ability to forgive his hateful, vengeful brothers. It also sets up the next section of the Old Testament of why the Israelites were in Egypt in the first place.

Wait a minute. What about Judah? And Tamar?

The entire Bible is like a three act play, culminating in the conflict of the cross and the resolution of the resurrection and Christ’s ultimate return. The message of God’s grace marches through the Old Testament, relentlessly moving toward the cross, setting the scene of how God plans to solve the problem of sin. It’s filled with stories about the men and women God chose to line the genealogical record of Jesus’ ancestry. God chose Judah to be the offspring of Jacob destined to carry forward the Messianic lineage.

Reading about this dude in Genesis 38 has made me wonder: why him? Why not oldest brother Rueben? Or virtuous Joseph? Judah was a scumbag. He treated Tamar about as bad as he had Joseph. People didn’t matter to him.

Here’s what I found.

Joseph’s brothers hated him because he was their father’s favorite. When he came to check on them and bring them food, they plotted to kill him. Eldest brother Reuben had some compassion on the kid and suggested they dump him in a cistern so his blood wouldn’t be on their hands. I guess neglect was less of a crime than outright murder in their minds. Actually, Reuben hoped to rescue Joseph and take him back to Daddy. 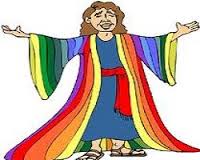 Before he had a chance, it was Judah who fished him out and sold him to a caravan traveling to Egypt. Thanks for the favor, bro. A quick death may have been less painful. The brothers concocted a story that ends in a question: here’s his bloody coat, what do you think happened, Dad? Jacob assumed the worse and filled in the blanks. Joseph must be dead.

No, Daddy Jake, Joseph was a slave in a rich man’s house in Egypt. Gone and as good as dead.

Move on to Genesis 38 where we find the backdrop of Judah’s life. It’s a connector between what just happened and what is about to happen. Against his family’s mores’ and practices, Judah married a foreign woman. He raised three sons, the first two who showed care and respect for the ones closest to them about as well as their dad did. Not wanting to see his third son die, Judah thumbed his nose at the tradition of giving the widow to the next son in line and tried to forget about Tamar. Desperate to have some kind of economic and social stability, Tamar pulled a fast one on him by pretending to be a shrine prostitute, luring him to connect with her and coming up pregnant. He was ready to have her put to death for being unfaithful to the family. When confronted with his own hypocrisy, he admitted that she was more righteous than he.

Well, not really. Sin is sin. All have sinned and come short of the glory of God. But if you do a search on the word Judah over the next few chapters, you see a radically different person. Something changed in Judah during Chapter 38.

When the brothers finally met up with Joseph, whom they didn’t recognize, Judah was ready to stand up for kid brother Benjamin, his daddy’s new favorite. Before all of Joseph’s court, Judah admitted that he and the brothers had a hidden past, one they were not proud of. In Genesis 44:18, Judah even drew near to Joseph. In some other biblical accounts, approaching royalty could get a person killed. Judah didn’t care. He was ready to give his life to save Benjamin because Jacob’s life was so bound up in the boy (44:30).

That’s quite a change from the uncaring, hard-nosed, in it for himself kind of guy we saw in Chapter 37 and the beginning of Chapter 38. Just like in a well plotted character driven novel, we see growth and change in Judah. Ahh!

The difference between this story and a good piece of literature is that this story is real. Judah changed. Judah learned to value life and became a man of integrity. He was willing to give up his own life to protect his brother and save his father grief. Sounds like a redemption story to me.

Judah’s story gives me hope. Hope for myself. Hope for others. No matter the mistakes, poor choices, even sinful choices we’ve made at the start of our adult lives, we can change, grow and be different. God can transform me into his likeness no matter how I may have acted or behaved in my formative years. That story of restoration is told over and over and over again throughout the pages of Scripture.

Here’s what else I learned. I need to extend that grace to others. Instead of defining people by their one-time oopsies, I need to look at how God has molded their life over the span of time. I need to remember Judah not for how he sold his brother into slavery or how he tossed Tamar aside like a piece of unwanted baggage, but for the man who would stand up for his younger brother to the point of slavery. With God’s help, that’s the man Judah became.

Who has harmed you in years past? Who has broken your heart as you stand on the sidelines watching their self destructive life choices? Have you seen progress? How is God working in their life? Is their heart softening? Don’t give up! If they haven’t noticeably changed, God can still make redemptive use of the broken years. Pray for them. Pray that the God who has the power to transform Judah will mold and remake the one you love and long to see redeemed. Pray for the one you hesitate to love even though it still hurts so bad. Be a Joseph who sees that God can take what was once meant for evil and recreate the situation and the people into something good (Genesis 50:20). Trust that God can make a life better. 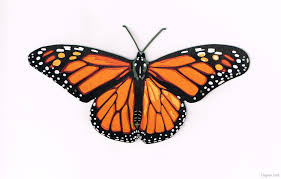