I love how I discover new things about God each time I do my Bible reading. Do you?

This year, my small group made the commitment to read one chapter of the Bible per day. It will take us three and a half years to read the Bible to the end, but oh, we’re getting so much out of our Bible reading. We’ve finished Judges (the gory book of the Bible) and are now into Ruth. To help things move a long a little faster, we’re also reading one Psalm a day.

My Bible reading for one day this past week was the first chapter of Ruth and Psalm 23. Easy day, I thought. Familiar passages. Kick back, breeze through, and consider it a chance to give those spiritual muscles a break. I zipped through my two chapters and started to close my Bible with a snap.

END_OF_DOCUMENT_TOKEN_TO_BE_REPLACED

You CAN understand what the Bible says.

Are you still nervous about reading the Bible on your own? Do you feel insecure, fearful you’ll come to a false interpretation? Worried you need someone to explain it to you?

Fear no more. While understanding the Bible is a life-long process, the Bible can be meaningful and understandable right now.

END_OF_DOCUMENT_TOKEN_TO_BE_REPLACED

Forty pages and eighteen days until I can say it took me two years to read through the Old Testament. 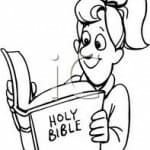 I’m into the clean section of my Bible.  You know, the Minor Prophets.  The only time I read the Minor Prophets is when I’m speed reading through the Bible in one year or reviewing the story of Jonah for a children’s Sunday School lesson.  This time, my goal in reading the Bible was to do so at a slower pace so I could grasp more fully God’s Big Picture.  The question I’ve asked myself as I’m reading and mulling is this: How does the message of the Minor Prophets fit in to God’s bigger plan for mankind?

In the process, I’ve learned a few things about Biblical Prophecy, Old Testament style.  May I share my thoughts with you?

God knows the future – so well, He is able to predict it down to the finest of details. All those prophecies about Jesus even down to what He would drink at the time of His death?  It all came true.  If God knew and could predict the future back then, He knows our future as well – my future, my family’s future, my church’s future, my country’s future.  I don’t have to know, but it’s comforting to know Someone knows.

God keeps His promises. If God said He would punish a group of people, He did it.  Have you met any Edomites or Amalakites lately?  True to His promises, those wicked, violent people no longer exist.

God will bring His people through the fire unscathed.  There are always innocent bystanders in any catastrophe. But God has promised to protect his people.  Yes, we may lose our physical lives – but we have the promise of eternal life.  Inasmuch as it depends on God, He will not fail to bring our salvation to completion. After all, He has shown He can be counted upon to keep his promises, even when it comes to the rebellious who have pockmarked the centuries with their corruption.

God has reasons for allowing history to happen. Why the wars and suffering in our world?  Look at God’s working in the Old Testament.  He used other countries to conquer Israel and Judah as punishment for their lack of obedience.  Then he turned around and allowed those countries to be conquered by yet other nations, because they went overboard in their brutality toward Israel and they did not honor God even though He made Himself known to them. He gave them a chance to turn to him.  Look how God cried out to the various Babylonian kings, relentlessly pursuing them with His power. They didn’t listen.  So he turned them over to the Medes.

He used Jonah to try to soften the harder hearts of the Assyrians in Nineveh.  It worked – for a generation.  Later, the prophet Nahum spoke God’s judgment upon them.  This time, God took no prisoners.

God is a God of Justice.  He will not indefinitely allow disobedience, violence and wickedness to reign upon the earth. He showed He would intervene just enough to keep the world from descending too far into wickedness, so world events would not impede His plan for the coming of His Son. Yet the Minor Prophets also hint at further judgment, a time when all accounts will be settled. Without this reassurance that God will have the final word, all injustice, unfairness and corruption is senseless and leads us to despair. As it is, God’s creation groans in frustration, waiting for its deliverance from the decay sin has brought upon it (Romans 8:20,21). While God’s judgments are uncomfortable, they are necessary and right, and we can rejoice at this foundational part of God’s nature.

God is a God of restoration.  The last few books of the Old Testament offer glimmers of hope that God’s plan for the ultimate restoration and redemption of man is in the works. He promises that He will bring His people out of this time of judgment and testing, and restore them once again.

Reading the Minor Prophets has both sobered me with the power of God’s justice, and filled me with hope at the prospect of His loving restoration.  I’m glad I took time to read them.