Have you bought all your Christmas gifts?

I don’t know about you but I have trouble with Christmas gifts. Maybe I’m too much of a people pleaser. I get stressed over whether the recipient will like it, whether it will fit, or whether the person needs it at all. I’d give up but I have to give something to that someone – right?

And then I chafe under the expectations. Feeling obligated to give gifts is not what Christmas is supposed to be about! We should give out of an overflow of joy, good will, love, and celebration, not because someone expects a gift from us or we expect that of ourselves. I truly do want to give my family gifts. Unfortunately, the busy-ness of the season, the frustration of shopping, and the inability to find what I had in mind corrodes my love of giving. I get frustrated with myself, fearing I’ve lost the “Christmas Spirit.”

All of us have certain social expectations, people we traditionally give to each Christmas. Yet finding the right gift year after year can easily slip into a sense of obligation. It’s hard to give freely with the same generosity Jesus gave for us when we feel under pressure to include all the nieces and nephews, our co-workers, and The Boss. Or we hear our mother’s voice from the grave saying, “Don’t forget to send a card to Great-Aunt Louise.”

Do you have trouble with Christmas gifts?

Have these questions ever run through your head?

How can we combat the gotta-give something blues?

Here’s what I’ve done. Each year, Preacher Creature and I discuss in a prayerful attitude who to include on our gift list. We select at least one person who is not expecting a gift from us. We then discuss what to give that person – what they most need and what will best communicate our love for them and for our Savior.

It is never anything big. It might be nothing more than a loaf of homemade bread or a knitted scarf. The important thing is what that gift represents, for we are giving because we want to, not because we have to. We’re allowing God to direct our gift-giving rather than allowing the expectations of others to motivate our generosity.

We also don’t focus exclusively on physical needs. Spiritual and emotional needs are just as important. It’s not so much about the actual gift but what it represents – that someone out there is thinking about you. Sometimes we choose a person who desperately needs to know the love of God. The fact that someone gives them a thoughtful gift with no strings attached can crack the door open to further talk about the best gift God wants to give them.

Who does God want you to give to this Christmas?

As you construct your Christmas gift list this year, check your motives. Do you give because:

This all sounds lovely. But there’s still these family expectations. How can we break out of the mold?

Who can you give to?

What Christmas gifts can you give?

You can’t give something to everyone. But you can give one gift to one person. Yes, you might leave someone else out. Grace is like that. Sometimes grace is messy. Grace is messy because grace is personal. It gives to the need. And sometimes, our world won’t understand that.

But the Christmas gift wrapped in grace gives without restraint. Grace puts on parade the unconditional love of a Savior who expects nothing more in return than our heartfelt gratitude and our desire to have relationship with Him.

You still have time before Christmas. How can you give like Jesus gave?

It’s been a tough year!

And Thanksgiving is coming, the time of the year we look at our blessings of the past year and give thanks to God. We thank Him for health, family, and friends. We thank Him for Creation, our salvation, and our financial stability. But can we thank Him when the year has been filled with numerous tough moments?

END_OF_DOCUMENT_TOKEN_TO_BE_REPLACED 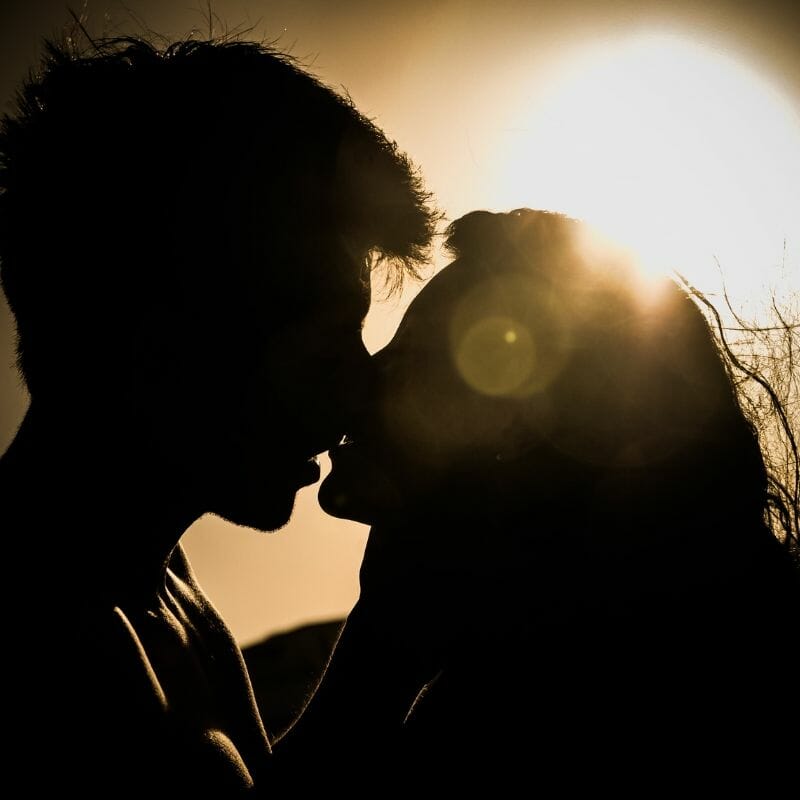 I kissed my husband, the preacher, this morning.

I kissed him in front of the church secretary.

My aunt, also a pastor’s wife, gave me this wise advice about safeguarding my marriage: “If you don’t flirt with your husband, other women will.” I’m not sure if she meant in public as well, but it works for me.

I digress. This morning, when I kissed my husband in front of another woman, I had no flirtatious intentions. After 34 years of marriage, a kiss means so much more than sensual attraction. END_OF_DOCUMENT_TOKEN_TO_BE_REPLACED 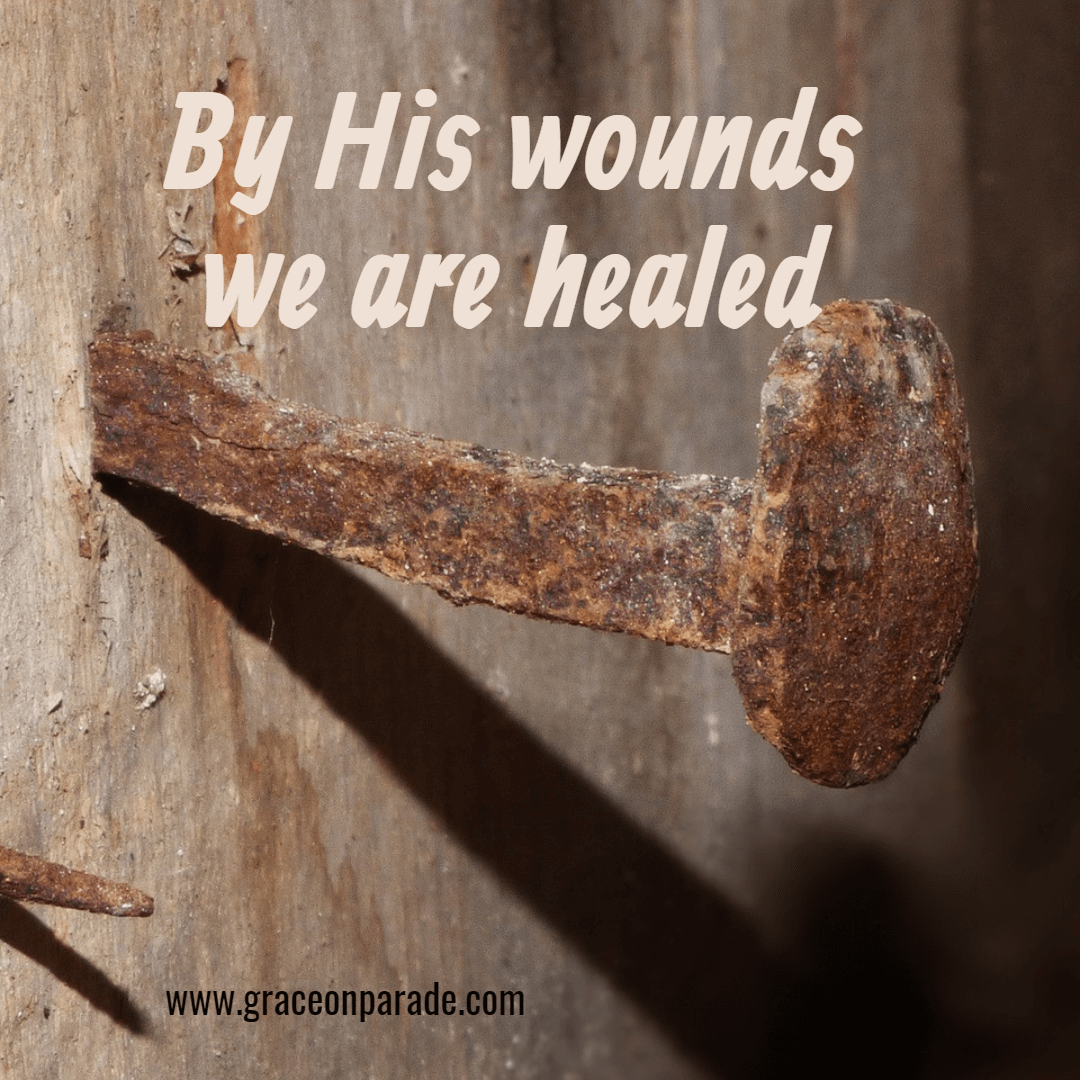 The nails of the cross make me weep.

I’m a wimp. A wuss. More tender-hearted than the law allows. More sensitive than what’s good for me.

Try as I might to hide my overflowing cup of compassion and my leaky tear ducts, my emotional sensitivities erupt the most at movie theaters. It started when I was twenty-two A scene in the movie, Gandhi, of British soldiers gunning down women and children in an enclosed courtyard sent me into hysterical sobs. My two friends who had gone to the movie with me sat in stunned silence.

“Wow,” commented one friend afterwards. “I’m sorry we exposed you to that. I guess we’ve seen so many more movies than you, we’ve become numb to scenes of brutality.”

Thirty years have not desensitized me. Determined to get historical backdrop for a novel I was writing, I gritted my teeth through Saving Private Ryan. I offended my teenage daughter by refusing to watch the first movie of the Lord of the Rings Trilogy because the dark horseman filled me with terror. I walked out of The Son of God during the crucifixion scene, missing the wonderful retelling of Jesus’ resurrection.

Don’t even talk to me about The Passion of the Christ.

I ducked out of rooms whenever talk turned to gathering a group to go see the movie, The Passion of the Christ. My luck ran out when someone – I think it was my pastor-husband – suggested we show it at the church.

“Since you don’t see well, you can just sit in the back,” he told me. “Or sit in the next room with the snacks.”

It didn’t help. It was the sounds as much as the sights. Especially one sound. The sound of a hammer pressing nails into flesh.

Yet there’s something especially horrific about one human being doing harm to another. How could anyone take that nail, place it against the flesh of another person, and drive it in to attach flesh to wood, knowing it will bring slow agonizing death? What kind of hatred or hardened ambivalence as in the case of Roman soldiers doing their job, would lead someone to do such gory work?

Others who can make it through that moment of the Crucifixion tell me their emotions go to a farther place. Christ allowed the soldiers to hurt Him. He didn’t resist. He knew that acquiescing to their evil would bring about a greater good that they could not begin to fathom. His suffering and his death held a purpose that transcended all pain and suffering.

“But he was pierced for our transgressions,
he was crushed for our iniquities;
the punishment that brought us peace was on him,
and by his wounds we are healed.” – Isaiah 53:5

One woman I knew chose to watch The Passion in the privacy of her living room. I always viewed her as a tough-as-nails kind of gal, the kind that won’t ever let you see her cry, one I wondered if she would ever relinquish her soul to the Lordship of Jesus Christ. The Passion brought her to Jesus. It was the crucifixion scene that bent her knee and brought on the tears.

I can’t imagine anyone intentionally suffering pain and death for my sake.

I think of how often I feel so smug and self-satisfied with my magnanimous sacrifices of time and energy for the good of others. Compared to Christ’s sacrifice on the cross, my paltry attempts of service are a spit in the wind.

Jesus did it for me. He did it because He loves me. He was willing to suffer the full brunt of pain, anguish, and God’s wrath so I and the rest of the world didn’t have to spend an eternity of agony and separation from God. Why?

The eternal benefit was worth the temporary pain.

The next time I hear a reenactment of those ringing blows, I need to hear my Lord’s soft singing voice, “For you, my love, for you.” Each lowering of the hammer is not a strike of torture, but a ring of victory. Each blow is one more toll toward the cross, one more step toward freedom for whosoever will.

What does the cross mean to you?

The eternal benefit of the cross was worth the temporary pain.