Travel is always easier when you take the trip with someone who’s been there before. That’s the part of the COVID19 shutdown and the ensuing economic decline that has rattled so many people. We’ve never been down this road before. We have no vaccine for COVID19. There’s a reason it’s called a novel virus. Novel means new and boy howdy, this one’s so new, it caught an entire medical community with moisture behind their ears.

END_OF_DOCUMENT_TOKEN_TO_BE_REPLACED

BAbies and Christmas just seem to go together. Particularly one baby. So the carols tell us.

New life. New prospects. Innocence. Oh, and they are so downright cute! What excitement!

Maybe I’m thinking about babies so much because our family is about to welcome a little one. Like any parent or grandparent, my mind is a swirl of questions:

END_OF_DOCUMENT_TOKEN_TO_BE_REPLACED

Is SOLITUDE a scary word for you?

“Why should I?” you might be asking. “Aren’t we supposed to be relational beings? What benefit is there in solitude? What if I can’t get away from my peeps? And, since this is an online Bible study, is solitude really a biblical habit commanded by Scripture?”

In our continuing study of Richard Foster’s book, Celebration of Discipline, we come to the chapter about Solitude. I had the same questions you might be having. I came to the conclusion that, like many of the practices we’ve discussed, solitude is a tool that leads us to develop habits and traits that definitely do have a biblical base.

Let’s look at the Word

The Bible gives us six examples of men who spent time alone with God:

What do I learn from these examples? Solitude in and of itself is not the main point. It’s what we do while we are alone – praying, studying, and focusing on God. Solitude creates the environment for those relational moments with our Heavenly Father to happen. Each of these people had an encounter with God when they were by themselves.

What good will solitude do me?

Here are seven benefits of solitude:

How do I get away and alone?

You might think you are trapped in your environment. Every one of us can seek solitude.

When can you grab a few quiet moments?

Here are some ideas:

Foster emphasizes that solitude is not just physical escape; it is solitude in the inner man. The important lesson is not that we have alone time but that we use our alone time to be with God, whether we spend the time thinking, meditating, praying, listening, or studying.

Do I have to do or think anything?

This lesson is hard for me. Sometimes, it’s good to just rest. Not think, pray, ponder, plan, or fret. Just be. Just let go of the world for a few moments, give the controls over to God, and let the world spin without me for that period of time. That’s the purpose behind my 20-minute power naps in the afternoon. I may or may not doze off, it doesn’t matter. It’s a time to recharge and not think about anything. I rise from my chair, renewed and re-energized, ready to face the rest of my day after reaffirming God’s purposes and plans for me.

Perhaps that’s what God had in mind when He said, “Be still and know that I am God (Psalm 46:10).” As we get alone and away, we can take a deep breath and remember who is in charge. After all, the rest of that verse says, “I will be exalted among the nations; I will be exalted in all the earth.”

How will you seek solitude this week?

Let me know! How did your time of solitude go? How are you closer to the Lord and refreshed for what He wants you to do because of it?

May you be blessed and refreshed as you bask in your Savior’s presence!

The best sign of the magnificence of God is a transformed life.

Several years ago, a speaker at the North American Christian Convention concluded his talk by having a number of people parade across the stage, each holding those cardboard signs often held by homeless people. Etched in permanent marker, the first side told of a past life: homeless, divorced, suicidal, addicted, or lonely.

Then each person turned their sign around and we read of a new life: transformed, freed, filled with joy, and alone no more. The smile on each face cast the personal touch – this wasn’t just a sermon illustration. This change really did happen.

Isabel (not her real name) could have filled a refrigerator box with the details of her transformed life.

I met Isabel the day before my mother’s surgery while our family was poking around an import store just to have something to do to fill the hours. As we interacted with the store owner, in response to something I told her, she suddenly launched into her life story. We ceased our meandering and stood spellbound as we heard a story of abuse, betrayal, depression, release and transformation. 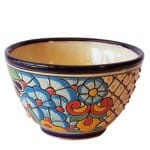 Born in Honduras, Isabel suffered abuse at the hands of both her father and step-father while her mother turned her head. Isabel survived a house fire at a young age. At fifteen years old, she was kidnapped. Anger at her mother and despair at her life sucked her into the drug culture. Several times she tried to commit suicide.

In all of this, she knew nothing of God.

When she reached the United States, at one point, someone handed her a scrap of paper that simply said, “If you would like to know more about Jesus, call this number.” She ignored the message but kept the note.

Meanwhile, she married into an abusive situation and had a child. At age 21, with an 18 month old baby, she was diagnosed with cervical cancer and faced the reality that she might die. Even though she had tried to commit suicide several times, now she did not want to die. She had a child she needed to live for.

“God if you are real,” Isabel spoke into the unknown, “show me. If You prove to me that You are real, I promise I will find out more about this Jesus.” 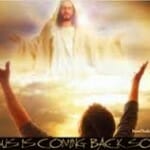 As Isabel told this next part, she had tears in her eyes and her English failed her. She told how she had a vision of a man dressed in glowing white robes that came toward her. Something like fish scales fell from her eyes and in her dream, she realized she was coming face to face with the Living Lord. It was only years later that she read the account in Acts 9 about Saul on the road to Damascus and realized her experience was much like Saul’s.

How appropriate that her experience simulated the Apostle Pauls’ encounter with Jesus. Paul told his apprentice in 1 Timothy 1:15,16:

“Here is a trustworthy saying that deserves full acceptance: Christ Jesus came into the world to save sinners –of whom I am the worst. But for that very reason I was shown mercy so that in me, the worst of sinners, Christ Jesus might display his unlimited patience as an example for those who would believe on him and receive eternal life.”

Catch what that verse is saying! Did you ever wonder why God selected Paul to be the first messenger of the Gospel to the Gentiles? Why a former murderer? Why someone who originally opposed the faith? Why not someone like Peter, John or Andrew?

Yeah, good ole’ Andrew! He would have been my choice. Or what about that little boy who had the faith to share his lunch with Jesus? He had a good doctrinal grounding. No, God chose Paul because Paul was a living example of the fact that God can absolutely turn around a life headed in the wrong direction.

That was God’s plan for Isabel as well. 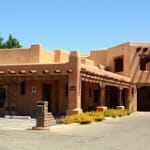 Today, Isabel has three children with a loving husband. She is a small business owner of a flourishing import shop. Her life is totally turned around. She told us how her business was only a tool, a platform for proclaiming Christ. “I evaluate every person who enters my store to see if they are ready to hear my story,” she told us. “Sometimes it’s not right, sometimes they aren’t ready. But I pray for God to show me who I can tell about Jesus.”

My feet shifted several times. I felt like I was standing on holy ground, for surely the presence of the magnificent Lord was in that place. My family, normally conservative in our expression of worship, gathered in a spontaneous prayer circle and praised the Lord for His interest and ability to rescue lives from the mired pit of sin and self-destruction. We prayed that God would mightily use Isabel to reflect His grace to those He brought into her store.

Do you know someone who is entangled in sin’s clutches either through their own choices or the evil and wickedness imposed by others? Do you ever wonder if it is too late for that person to experience the love and forgiveness of Jesus? It isn’t. Look at Isabel, oh, look at Isabel!

You can be part of the process. Pray fervently for that person to discover Jesus. Pray also that God will show you how He can use you to bring healing and restoration to that person.

It might be something as simple as handing them a note that says, “If you want to know about Jesus, call me.”