It’s the “all hands on deck” season in Western Illinois. Harvest is here.

It didn’t take long after we moved to Western Illinois for someone to tell me, “You don’t schedule a lot of activity during September and October. After all, that’s harvest time.” That came back to me just a week ago when I told a friend about a Gaither Vocal Band concert in early October. “I know your family loves the Gaithers,” I prodded. Her face brightened then dulled. “Can’t. That’s harvest.” I shook my head, not fully understanding. The concert was in the evening. Surely her husband could cut out a couple hours early just this one day. Nope. It’s harvest.

If you don’t get the harvest in, you lose corn and soybeans. Crops mean money. Money means living for the next year and paying off the debts from last year. Every grain counts. Every stalk is important. It all adds up.

Jesus said to his disciples, “The harvest is plentiful but the workers are few. Ask the Lord of the harvest, therefore, to send out workers into his harvest field.”

I didn’t catch Jesus’ sense of urgency until I moved to farm country. An abundant harvest is a mixed blessing. Yes, it’s wonderful to get a bumper crop. But if you don’t have the workers, it doesn’t matter. A harvest isn’t a good harvest until it’s a done harvest. You’ve got to work hard and fast before freeze, autumn storms, or critters get it. 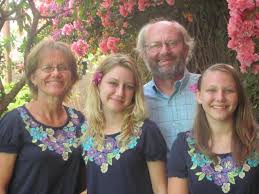 In the past two weeks, two long-time friends who serve on the foreign mission field have had to stare cancer in the face. Barb and her husband, Evert, serve on a support team to Bible translators in Western Africa. After several months of quiet struggle, Evert was diagnosed with brain cancer at the end of their furlough in the U.S. Everything has changed. While they seek treatment in the U.S., they aren’t going back for the foreseeable future. The family is even arranging to have their dog brought over The Big Pond.

Another email told that a college friend who ministers to casino workers in Eastern Asia was diagnosed with breast cancer. Same song, second verse. Marilyn was finishing last minute health appointments before heading back to her position when a mammogram revealed cancer on both sides. She is now seeking treatment options.

Why? It’s the often heard response to a cancer diagnosis. Usually one to be accepting of the twists and turns of life as part of God’s roadmap, I find myself asking the WHY question this time. Why is God allowing these workers to be plucked from His harvest fields? Is this the enemies work?

Three things come to mind. God isn’t removing these workers from the mission field. God is relocating them to other mission fields.

Then this. God has used these wonderful, faith filled people to talk about His love and power. Now they get to live it in a way they’ve never lived it before. They get to demonstrate what dependence on God looks like. From what I read in their emails, they are allowing their lives to become living, moving, breathing object lessons of God’s protection and provision. As I wrote to one of them, I can hardly wait to read this God-story as the Lord blazes a streak of His glory through hospitals and doctors’ offices here in the U.S., a blaze of glory so bright, those back in their chosen will see and bless the Lord.

Finally, Jesus’ words haunt me. The harvest awaits. People still need and want to know about our Savior. Jesus told us to pray for workers. 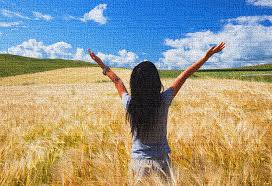 So, I’m asking you to pray for Barb, Evert, and Marilyn, that God use these workers in the harvest fields to which He is directing them. I’m also asking you to pray and pray hard for workers to replace them in their respective countries. In fact, pray that for each of them, God raise up three more workers for His harvest field. Maybe those workers will be American missionaries. Maybe they will be local, indigenous people. Pray that God put a fire in the belly of believers who determine to stand in the gap these dear friends have left so the work of proclaiming the gospel in these two countries will not lapse.

After all, every life is precious. Every soul is important.