WITH FRESH EYES: Winner of the ECPA Christian Book Award and the Selah Award. Get your copy here.
Home / Writing News / Rick Barry and The Methuselah Project

Writing is far more of a team effort than most readers realize.  I have the privilege of belonging to a group of writers who are all clients of our wonderful, caring, and encouraging agent, Linda Glaz from the Hartline Literary Agency.  We call ourselves the “Glazites.”

We give each other marketing tips, pick each other up in down moments, and cheer when one of us gets a book published.  We read each other’s books, serve as critique partners, and help with marketing. 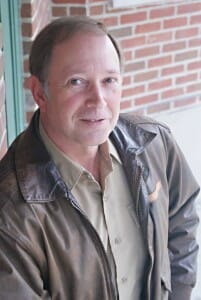 I love this group of people.  I have met some of the most interesting and dedicated writers who, just like me, have lives outside  our office cocoons.  Rick Barry is one of those people

Rick has just launched his latest book, The Methuselah Project.  I’ll share more about this imaginative book that is a mix of romance, history, and suspense at the end of this post.  Rick is also a preacher and worker with a foreign mission organization that calls him overseas several times a year.  I caught Rick between work and book marketing to ask him some questions about his ministry and writing.

You’ve written this fantastic novel that is a tantalizing combo of romance, suspense and fantasy.  What do you do when you aren’t writing?

First, thank you for that word “fantastic.” No author can predict how his words will strike readers, so I’m pleased you enjoyed it. But my full-time work is with BIEM, a Christian ministry that seeks to evangelize through various methods the lands of the former Soviet Union.

Tell us about your ministry in the Ukraine. 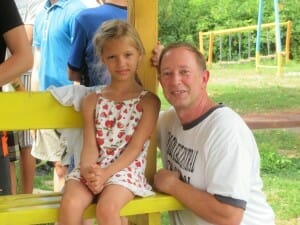 Actually, even though we’re especially active in Ukraine, our ministry also works in Russia, Belarus, the Republic of Georgia, plus some of the Central Asian countries that end in –stan. In each place we support national church planters who have received seminary training. In some cases, our mission has helped these local churches to buy or construct the buildings they meet in. (They call it “house of prayer,” since biblically speaking the church is the people, and they conducted church services in the woods, in homes and barns even during Soviet times when it was illegal.) Since I speak Russian, my favorite way of participating is to travel in the summer and personally assist in Christian children’s camps and teen camps.

Can you tell about a specific time when you witnessed God moving within your ministry?

The most special event I was blessed to be part of happened in August 2014. I was asked to be the evening speaker each night of children’s camp. On the final night, I gave an invitation for anyone who wanted to place their faith in Jesus Christ to come to the platform. Ten came, and each prayed to confess their sins and ask the Lord to adopt them into His family, which was exciting. But for the next hour and a half, counselors and the campers themselves led other children to me, saying “This boy [or girl] also wants to trust Christ.” That lasted right up to lights out at 11:00 pm. In all, I prayed with 25 young people that evening. The Lord moved in an exciting way!

My readers often ask me where I get my ideas for my novels. How did you come up with the concept of The Methuselah Project?

The basic idea was that I wanted a character from World War 2 to end up in our present time, but still young. However, I didn’t want any sort of wacky time machine story that would be totally unbelievable. That’s how I began developing the concept of a hush-hush experiment that continued even after the war.

I’m assuming you are a World War 2 history buff.  What sparked your interest in this era of history?

That happened in seventh grade when I saw the movie The Great Escape and then read Paul Brickhill’s book on which it was based. Although the film added Hollywood-style chase scenes not in the book, the basic story was true, and my young self was amazed that captured Allied airmen had gone through such experiences. Soon, I was reading book after book of people’s personal experiences during the war.

What’s the underlying spiritual take-away that you hope readers will glean from The Methuselah Project? How do you show God’s grace in the storyline?

In chapter 1, my hero Roger Greene rarely thinks about God. He trusts in himself and his flying skills. But later, after he gets shot down, through the course of events he eventually learns to trust in the God he had ignored for so long. Even when his life dangled under the control of others he learned to trust God for direction and help. I can’t go into details without spoiling the story, but by the end of the book, Roger can look back and see how God had helped him all along, even when he wasn’t thinking about God.

Thanks for the interview, Karen. It’s been a pleasure!

And thank you, Rick.  We wish you the very best in the launch of your new book. 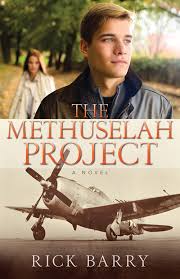 The Methuselah Project tells the story of Roger Greene who become both a WW2 prisoner and a guinea pig in a bizarre experiment. Seventy years later, Roger appears as youthful as the day he crash landed his airplane into Nazi Germany – and he is still a prisoner.  Nearly insane from his long captivity, Roger finds his only hope in an old Bible. Roger finally escapes from the secret society running the Methuselah Project. His only option is to accept the help of Katherine Mueller. Can he convince her of the truth of his crazy story?  Can he trust her when he discovers she works for the very organization he is trying to flee?

The Methuselah Project is available through Amazon, Barnes and Noble, www.christianbook.com or your local Christian bookseller.