I love the way God works. 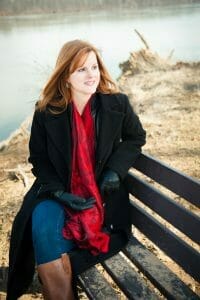 Several weeks ago, I received a notification that a fellow writer was following me on Twitter. I did a little snooping and discovered Megan Lee has written several fiction books that center around the theme of human trafficking.

God has been working in my heart for several months. In June, 2016 I heard a speaker at my church on the topic of human trafficking. It was an eye opener to all of us who attended and we all felt like God wanted us to do something with that information but weren’t sure what. If anything, the talk gave us a set of antennae that made us perk up any time we heard about sex trafficking. So, yes, my radar sensors buzzed loudly when I read about Megan’s books.

Isn’t it wonderful when the chemistry just works between two people? In less than twenty-four hours, Megan and I had sent a flurry of Twitter private messages and emails. I invited Megan to share about her books, her ministry, and herself on Grace on Parade. She graciously accepted. I’m delighted to share the writing ministry of Megan Lee with you.

GOP: Tell us about yourself. What inspired you to write fiction?

Megan: I have written stories since I was a little girl. The first one I ever wrote was for my grandfather. He asked me to write a story with the title, “The Ghost of Fleetwood Road” (Fleetwood Road was where they lived at the time). I wrote and illustrated (although I can’t draw to save my life) the story, and I loved every minute of it. Later, when I was in high school, my friends would ask me to write stories for them with specific plots and include their name in the story. I handwrote the novelettes in spiral notebooks and gave them to my friends. I really think God was preparing me to be a fiction writer even then.

GOP:I see you’ve chosen the theme of sex trafficking for several of your books. What inspired you to choose that theme?

Megan: One of my good friends works in the anti-trafficking industry for an organization called National Center on Sexual Exploitation. She is one of the go-to people in the U.S. for information on this topic. For years she told me stories about the girls being trafficked domestically and internationally, and she was always a proponent for abolition of prostitution in general. When I learned how pornography and trafficking were linked, and I saw how many people (all ages, all walks of life–even people in the church) were being damaged through use of this destructive vice, I felt called to write about it.

GOP: Tell us about one of your recently published books. What is the setting and time frame?

Megan: I have a book coming out in May through Pelican Book Group called Suburban Dangers. This will be a YA book on the theme of youth trafficking, especially in the high schools. But my novel, Captives, came out last year. It’s women’s contemporary fiction (inspirational) set in the Washington, DC area, modern time. Captives links the lives of three individuals who are all, in some way, tied to sex trafficking. Blaise’s sister is missing and suspected to be trafficked; Asha is a Nepalese woman rescued out of the life and now living as a missionary in DC; and Andrew is an artist who is addicted to pornography. Ultimately, the lives intersect and there is redemption for all of these characters in different ways.

GOP: Tell us a little more about the main character in this book. How does she struggle with her faith in God?

Megan: I’ll talk about Blaise. Blaise is a world-renowned cellist who is lapsed in her faith. She struggles with an addiction to love and seeks her worth and value in relationships with men. When her sister goes missing and she discovers what her sister has been involved with, she’s forced to examine her life and her own brokenness. Ultimately, she realizes she must turn back to God for healing.

GOP: I have the feeling that if God can rescue a woman from the human trafficking trade and heal and transform her life, God can lift anyone away from the pit of hell. How do one of your characters experience God’s saving or sustaining grace in spite of such horrific experiences?

Megan: Asha experiences saving grace in a more traditional sense. She is rescued out of the pit of an Indian brothel and taken into a rehabilitation home run by Christian missionaries. It is extremely difficult for her to trust anyone or believe anything said to her. But when she experiences God’s love through the hands of the missionaries, she desires to know more about the Jesus Christ they worship and profess to know and follow.

GOP: Tell us more about your life with Christ. Other than writing, how do you believe God has gifted you and how has he used your gifts to serve Him and His Kingdom?

Megan: I’ve known the Lord since I was a little girl, but I had many years of wandering in a fog, wondering where and how He was going to use me. For most of my life I wrote secular fiction. I tried to read Christian fiction, but it never spoke to me–I never felt the conflicts were developed enough. When a friend told me that she thought I should write inspirational fiction, I immediately said “no way.” In 2006, I felt like God was telling me to write for Him–that He wanted me to use the gifts He’d given me for His Kingdom. So I started writing every day, and praying before I did, and my life and how I serve Him changed dramatically.

GOP: Tell us about a time God has shown you His mercy or about a time He used someone to “pass grace forward” to you.

Megan: This past spring, I attended Blue Ridge Mountain Christian Writers Conference in Asheville, NC. Captives was nominated as a Selah Award finalist, but I was having an identity crisis as a writer, thinking that what I wrote was too gritty or troubling for Christians to read. That very day, God allowed three incidents through which He spoke to me. First of all, an amazing keynote speech using the book of Nehemiah about how all of us have different roles, write different subjects and genres, but all of us are doing God’s work and have our “place in the wall.” Second, while I was having a book signed by a well-known writer, she thanked me for writing Captives because her daughter was being trafficked. That incident in and of itself would have been enough. But God wasn’t finished showing me His mercy yet. That night, Captives won the Director’s Choice Award. When I went up to accept it, Edie Melson (conference director) told me, “I couldn’t get this book out of my head.” I wanted to cry. I felt like God reached down, gave me a hug, and whispered in my ear, “Keep writing what you’re writing.” That day reminded me of His word: “Put the Kingdom of God first and all else will follow.” It’s important to remember why I’m doing what I’m doing. It’s all for Him. 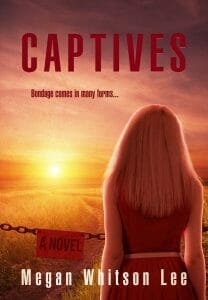 Megan Whitson Lee is passionate about tough, relevant topics and the redemptive power of God. Her self-published novel, Captives, was the winner of the 2016 Blue Ridge Mountain Christian Writers Conference Director’s Choice Award and a 2016 Selah Award finalist. Her most recent contemporary novel, Suburban Dangers, will be released in May 2017 through Pelican Book Group.

Megan has a Master of Fine Arts in Creative Writing from George Mason University. She is an editor for Pelican Book Group and teaches high school English in Fairfax County, Virginia where she lives with her husband and two greyhounds. Megan is a member of American Christian Fiction Writers, The Christian Pen, and Word Weavers, International.

When seventeen-year-old Amy Timothy disappears from a rural Virginia truck stop, world-renowned cellist Blaise Timothy puts her life on hold to join the search for her sister. While conducting her own investigation into Amy’s disappearance, Blaise seeks solace in addictive and destructive relationships.

Three years later, the search for Amy becomes a homicide investigation and catches the attention of national media and sex trafficking activists. Less than a mile from where Amy’s body is recovered, Andrew Victor attempts to manage a failing career in art, an addiction to pornography, and a family secret that links him to the murder investigation. In Washington, DC, Asha Edgewater knows first-hand the horrors of sex slavery and lends support to the Timothy family even as she comes to terms with her own past. As all three lives intersect in their search for redemption and healing, they find it is only possible through God’s saving grace.