WITH FRESH EYES: Winner of the ECPA Christian Book Award and the Selah Award. Get your copy here.
Home / Grace on Parade / 31 Years of Marriage: Doing Life and Ministry Together

My husband, Jack, and I just celebrated our 31st wedding anniversary. It was special. 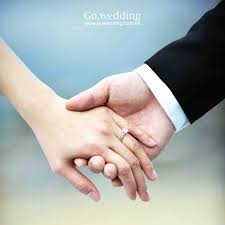 The celebration itself wasn’t elaborate. Our children didn’t visit us. Our dinner out was a lunch buffet at a nice restaurant and an ice cream cone at the local dairy shack. What made it special? Well, if you had to create a representation of our marriage, several separate moments that occurred over the course of our anniversary week would have wrangled their way into the video as the four building blocks of our marriage. Here’s what has made our marriage special over the years.

1. We made it through—together. It’s been a hard couple of months. In April, we flew to Arizona and both of us had major roles in my great-uncle’s memorial service. Upper respiratory infections plagued both of us before, during, and after the trip. Just as we finished our antibiotics, a doctor opted to schedule me for eye surgery in May. His assistant told me to clear my calendar for several weeks. “You’re going to do nothing.”

She was right. I became utterly dependent on Jack for everything whether I wanted to or not—what I ate, when I ate, the clothes I wore, when I went to bed and how I lay, and even my need to go to the bathroom. If he or a “Karen-sitter” wasn’t in the room with me, it didn’t get done. This wasn’t easy for either one of us. Jack felt like a fish out of water and my independent streak was challenged to the max. Word got around that I was grouchy just enough to be funny but I know I strayed over that line several times.

As we made our plans for our anniversary celebration, we had to hold all things lightly because we didn’t know how I would feel on The Day. It had to be simple. It had to be food I could easily eat. It had to be short for my energy was limited. “I don’t care where we go,” I told Jack. “Just as long as we’re together. This is a celebration of getting through life together.” That’s what long term marriage it. Making it through life—together. The book of Ecclesiastes tells how two are better than one. I vigorously nod my head. Life is lots easier when you have someone by your side, holding you up.

2. We served God—together. Jack’s Memorial Day sermon cranked up my creative juices. Tuesday morning, I made an application from one of his illustrations to real life. In spite of my post-op weakened vision, I put some notes in an email and sent them to Jack. He reorganized my thoughts and published them in his weekly church newsletter. Later, in about a month, I’ll expand his ideas and write a blog. I’m not plagiarizing. It was my idea. No, wait, it was his, it was . . . ours.

Our not-so-private joke is that Jack stole me off the mission field. Before he popped the question, we discussed that saying “I do” was based on this question: Could we serve God better together or apart? Others have wondered if I write his sermons. No, but we freely work on ideas together. After 31 years, it’s really neat to see how we’ve become a ministry team, so much so that our creative ideas flow back and forth to the point that it doesn’t matter who thought up the idea first. Serving side by side in ministry has been a cornerstone of our marriage and when it works like it did this past week, it fills us with deep contentment. We have that core feeling that this is what we were made to do.

3. We served others—together. Anne and Mike share our anniversary date. While twenty years beyond us in age, they are one year ahead of us in marriage. We’ve celebrated together a couple of times. Two days before the Big Day, Mike was admitted to the hospital. The morning of our anniversary, Anne called us in tears. Mike wasn’t to be released that day like they thought. Without consulting me (he didn’t need to), Jack offered to drive Anne to the hospital so she could be with Mike. Jack and I made ourselves scarce so the two lovebirds could be together. Later, they apologized for taking up our anniversary. What? Having to eat lunch out with my sweetheart on my anniversary so another couple could spend two hours together on their anniversary? Give me something hard to do! Steak and Shake never tasted so good. We were together and we were making it possible for Mike and Anne to be together. That deep-seeded contentment blossomed into joy. You know what makes me feel the most romantically inclined toward my husband? When we work as a team to do good to others.

When we finally figured out what had happened, I asked Jack, “What do you want to do?” It was a legitimate question. The store was 35 miles away.

“I want to go back sometime to get this resolved.”

I quieted my voice. “I think you should do it tonight.” Yeah, 70 mile round trip. We were both exhausted. But I knew my husband. He wouldn’t rest well till he got it resolved.

“Okay,” he immediately agreed. “You don’t have to go.”

“Are you kidding? It’s our anniversary. I want to be with you.” I wanted to be supportive of his desire to do the right thing.

Later in the car, he told me, “Being honest is important to me.” I knew that. I know my husband is a man of integrity. And sometimes the best thing I as a wife can do is to support my husband’s desire to do the right thing. Being together and living out our righteous commitment to God was the capstone of our day.

We’re not perfect. Our children will tell you that. This stuff doesn’t happen on a daily basis. These four events got crammed into a four day period. Weaving two lives into one takes lots of compromise and practice. Practice means not always getting it right. But when those four events happened, I knew they represented and typified what we want our marriage to be. Holding each other up through life so that we can faithfully serve God and others—together.

Previous Post: « Why Memorize Scripture?
Next Post: Gain Worth The Pain: Keeping Your Eyes On The End »