WITH FRESH EYES: Winner of the ECPA Christian Book Award and the Selah Award. Get your copy here.
Home / Grace on Parade / Bill Gaither: Sharing The Platform 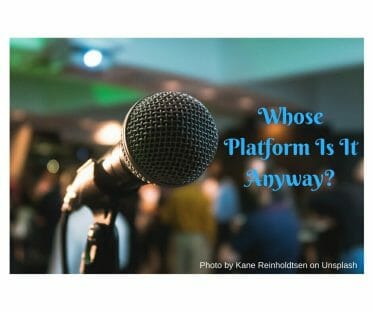 When I attended a Bill Gaither Homecoming in 2001, I felt like I’d had a taste of Heaven. Homecoming was the perfect term for that concert. It had more of a feel of a music aficionados’ jam session. The audience happened to be fringe bystanders watching this one big party of music people enjoying themselves.

Years later, after purchasing a Gaither Vocal Band CD, I checked out Youtube videos of some of my favorite songs. The same feel was there.

Bill Gaither, born in 1936, is a singer and songwriter of Southern Gospel and contemporary Christian music. Many of his songs such as “Because He Lives,” “It Is Finished,” “The Longer I Serve Him” and “He Touched Me” have found their way into traditional church music. I’ve appreciated how their songs have grown in complexity and maturity of spiritual depth over the years. I have many favorites but I especially cherish “Worthy The Lamb” and “Through.”

In spite of his standing as an icon of the gospel music industry and his contribution of over 700 gospel songs thanks to his gifted songwriter-wife Gloria, Bill’s presence on stage was felt rather than seen. It took an interview with another great Christian artist, Steve Green, for me to realize why Bill didn’t dominate the stage.

It wasn’t his stage.

Steve Green, in a Facebook live session, tucked in this gem in the midst of his comments. “If God preserves you, it’s for Him. Any platform He gives you — it’s not yours, it’s a loan. It’s really His.”

Since it isn’t Bill’s stage in the first place, Bill chooses to share the stage. How does he do it?

The ministries of Bill Gaither and Steve Green have caused me to think about my own creative ministry. How willing am I to share my platform with other writers and ministry workers? Let me tell you a little secret. Christian writers are encouraged to build our platform, to get out there and make ourselves known, to broaden our audience, and build the numbers.

I’m wondering if Bill’s approach is the far more Scriptural one. After all, it’s not our platform. It’s on loan and we share it first and foremost with the God who gave it to us in the first place.

Jesus said a number of times in the Gospels, “the first shall be last and the last shall be first.” He also taught the principle of the greatest among you shall be your servant.

. . . how do I as a writer do that in practical terms? How do I do that in my work in the located church? I think Bill Gaither sets the example. I need to:

Steve Green offers the final encouragement for platform building. If our platform is not ours to begin with, but on loan from God then “Make much of Him,” Steve says.

Psalm 115:1 says it in one concise sentence:

“Not to us, O Lord, not to us, but to your name goes all the glory for your unfailing love and faithfulness.”

I think Steve Green and Bill Gaither would agree.