WITH FRESH EYES: Winner of the ECPA Christian Book Award and the Selah Award. Get your copy here.
Home / Grace on Parade / Christian Influence in Government

If you are tempted to bypass this blog post because you think it is about politics, hear me through. 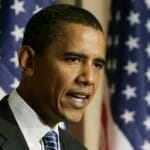 Pundits on both sides of the political aisle have questioned the impact each Presidential candidate’s religious beliefs will have on his ability to lead our country. 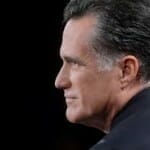 Romney’s Mormonism makes Conservatives squirm while Liberals say his morals will get in the way of his ability to be fair and inclusive.  Obama has been labeled as a social Christian, one who is willing to give lip service to the label without walking the talk. I’ve heard people base their choice of a President solely on his expressed religious preferences. The media often caricatures Christians as their own little sub-party who will vote for a candidate based solely on his religious beliefs.

There’s been some excellent, courageous articles about the role of religion in a Presidential campaign. Ben Cachiaras in the Christian Standard  tells what should influence our voting.  Bob Russell, retired minister of the Southeast Christian Church,  recently published an article on his blog, reflecting how Romney’s Mormonism was influencing his choice.

Granted, a President’s moral compass will guide the decisions he makes as President.  Yet, I think we’re going about this the wrong way. There is something we need to be far more concerned about than nit-picking the depth of a candidate’s faith commitment.

Think about this. Bible-believing Christians would love to have a committed believer in the White House.  Yet, considering the fact that only 8% of the United States are committed Christians and that the liberal left-wing media would chew up and spit out any candidate who publically proclaims Christ as Savior, the chances of getting a strong Christian in the White House is next to impossible.  Is there another way to influence our government for good?

I believe there is. What we need are a few more Daniels.

Dare To Be A Daniel 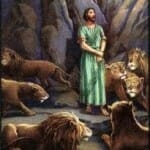 Daniel, an Israelite captive, impressed his captors by his clean living, gracious demeanor and unwavering commitment to his personal beliefs.  Daniel worked in public service through several administrations and government turn-overs.  I suspect that Daniel’s in-the-background dedication to a blameless life most likely influenced King Cyrus to return the Jews to their homeland, eventually setting the stage for Jesus’ time on earth.

We need more Christians who are willing to serve in “near power but not in power” government positions, who will quietly live lives of faith and morality, who will advise and counsel according to their conscience and the tenets set forth in the Bible. Christians can have a tremendous amount of influence by just living gracious, Christ-like lives whether we serve as an administrative assistant for the dean of a graduate school, a city clerk for a local government or as an optometrist in the Army.

The media constantly talks about where Romney, Obama and other Presidents go to church – do they ever castigate the deputy secretary of state or the President’s personal secretary for their denominational choice or for what they believe? Christians in lower positions could do much to influence policy without the constant scrutiny of the media regarding the impact their beliefs have on their decisions.

I’m reminded of a conversation I had with Barbara Nicolosi, one of the founders of Act One, an organization dedicated to training Christians to write scripts for Hollywood. She told me how, in the 1990’s, there were a growing number of Christians in Hollywood serving as script writers, makeup personnel, and camera operators.  They had to be subtle in their witness but they were definitely having an impact.  For awhile, Hollywood was producing a number of family friendly films and sitcoms such as Home Improvement and Everyone Loves Raymond. I remember the story that Jane Fonda at one time considered Christianity because of the faith of her driver.

We can have that influence in our government as well.

My husband thought, at this point in my post, I needed to include stories and names of Christians who have served in non-elected positions.  I tried to research and find names of speech writers, cabinet members or ambassadors who have a personal faith in Christ.  I couldn’t find any.  But that’s my point.  Just like Hollywood, they are probably there; they just don’t publicize their religious convictions.  But the influence would be felt.  I think of the verse that says, “By their fruit, you will recognize them (Matthew 7:16).”

Where to begin?  First, let’s encourage, embolden and train our young people to seek positions in government and to shine as lights where Jesus chooses to lead them. Second, we need to pray for the Christians we know in public service, that they will stay strong in spite of opposition and that they will have a godly influence.  Finally, instead of wasting time criticizing how ungodly our government leaders are, we need to expend our efforts in boldly living our lives for Christ and changing the world where we live.  Set outside your comfort zone.  Get involved in civic clubs.  Attend school board meetings. Encourage your local leaders. Do it with graciousness, kindness and appreciation.

Most of all, those of us who are dedicated Christians need to redouble our efforts to live lives full of God’s grace and love, to strip away any sources of immorality or dishonesty, to consistently walk the talk, to build strong committed families and to teach our children to follow the Christ rather than the world, and to stay faithful to the God in whom we believe no matter what opposition we face.

We are called to spread the fragrance of the knowledge of Jesus everywhere. That includes the halls of government.  Let’s get busy.