WITH FRESH EYES: Winner of the ECPA Christian Book Award and the Selah Award. Get your copy here.
Home / Grace on Parade / Christmas Music: Why I Play Christmas Music Before Thanksgiving 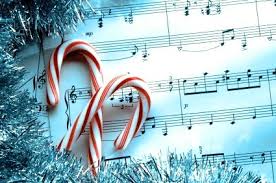 My holiday season isn’t complete unless I go to at least one Christmas concert and our family drives around looking at neighborhood Christmas lights.

Since I’ve played the piano for years and sung in choirs almost as long, hearing Christmas music before Thanksgiving doesn’t bother me. A musician has to start practicing sometime, right? And what’s wrong with Joy To the World in July? December or July – the message is still the same. A message of good news for all people. That’s worth a moment of joy any time during the year.

I surprise myself with my attachment to Christmas music and sometimes wonder why it is so special to me. A narrator at a Christmas program put my sentiments into words: “Music tells a story, gives us hope, and allows us to share a memory.” Yes! That’s it! Music expresses my feelings, my emotions, what’s deep inside me like nothing else can. Music is a common ground that immediately binds me to others.

Such was the case long ago on a cold Christmas Eve in Dennison, Ohio in the year 1943. For several months, community women had faithfully come to the train station in Dennison to provide free sandwiches, fruit, cookies and coffee to the servicemen heading for the battle lines of World War Two. For Christmas, they decided to put together special goodie boxes for each soldier. Women from nine surrounding counties sacrificed their sugar rations in order to make cupcakes and cookies for the hundreds of soldiers passing through on the train. As many as twenty-two trains went through Dennison in a day, each train carrying as many as six hundred soldiers. Smack dab in the middle between Columbus, OH, and Pittsburg, PA, Dennison was a water and fuel stop. The community ladies had only ten minutes to serve all those soldiers. They did it. Every single time. 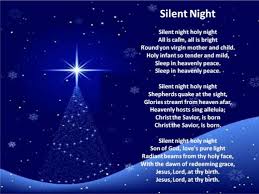 On Christmas Eve of 1943, one train broke down at Dennison. As the men and women standing on the cold snow covered platform were forced to pause and wait as the train underwent repairs, someone began to sing “Silent Night.” Soon the entire crowd joined in. Women in coats with fur lined collars stood shoulder to shoulder with khaki clad strangers and sang a song all of them knew. Some would go home that night to warm fires and Christmas trees; others would go ultimately to their deaths on a battlefront warmed only by the heat of enemy fire. Yet a song that told the story of the good news of a Savior, brought back a flood of memories of the past and filled them all with hope for the future. It was a moment that long-time residents remembered for a life-time. 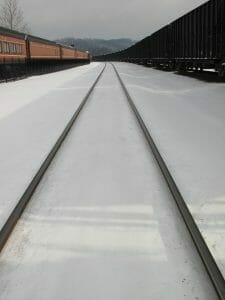 I may not know you. You may not know me. Get both of us singing a Christmas carol together and we suddenly share a common bond, a shared memory, a collaborative story.

That’s what I love about Christmas music!

Happy Thanksgiving, everyone! Sing with joy!