WITH FRESH EYES: Winner of the ECPA Christian Book Award and the Selah Award. Get your copy here.
Home / Grace on Parade / Christmas Passion: God Will Do Whatever It Takes 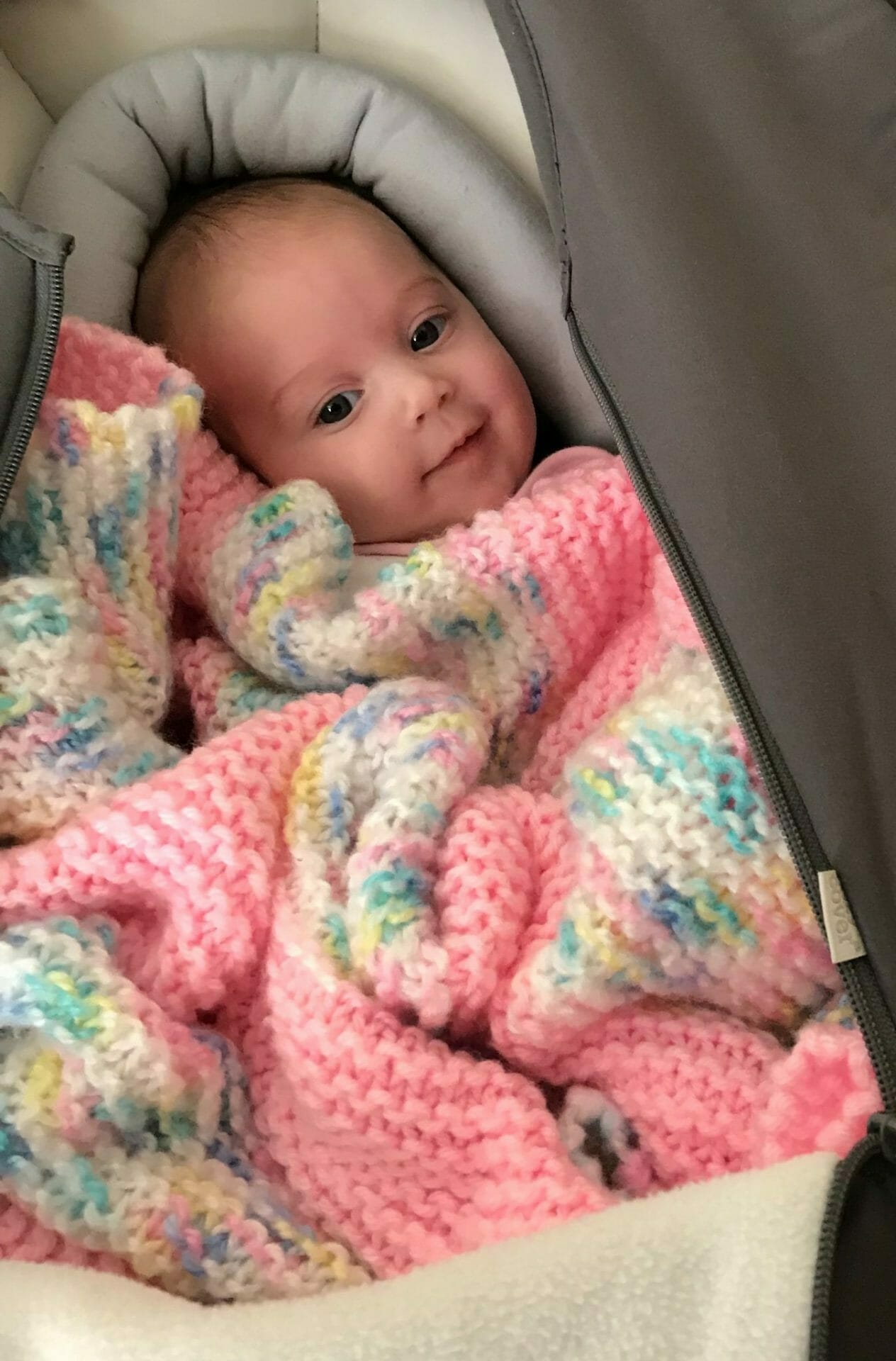 Moms have lots of passion about their babies.

My baby daughter underwent the first of two eye surgeries at age three weeks. As the surgical nurse took my baby from my arms, emotion welled up from a deep place I did not know existed. It felt like someone was cutting a second umbilical cord.

Surgery went well and several hours later Christine was placed in a room. God lovingly provided a nurse who “just happened” to attend the same church as we did. Noting how exhausted I was, Nurse Laura encouraged me to take a couple of hours away, tend to the rest of my family, and go to a women’s meeting at church. “You need to refresh yourself for the next phase,” she told me.

It wasn’t easy to leave my baby in that hospital room.

Leaving for a few hours sounded like a good idea. But let me tell you, my mind was not on that Women’s meeting. I twitched in my chair. All I could talk about was the surgery and Christine. When someone offered me a ride back to the hospital, I grabbed my coat and waited at the outside door, shifting from one foot to the other. My friend’s car had barely stopped when I opened the car door. I don’t even think I said good-bye or thank you. People joked at church the next Sunday that nothing was going to stop me from getting to my baby.

They were right. I felt driven. Only one thing mattered. My baby. Her health. My desire to be with her. I think I would have knocked down Sumo wrestlers to get to my baby that night.

I wonder if God feels that way about us.

As I reflected this year on Isaiah’s prophecies about the coming Messiah, I noticed a phrase I don’t think I had connected with before: 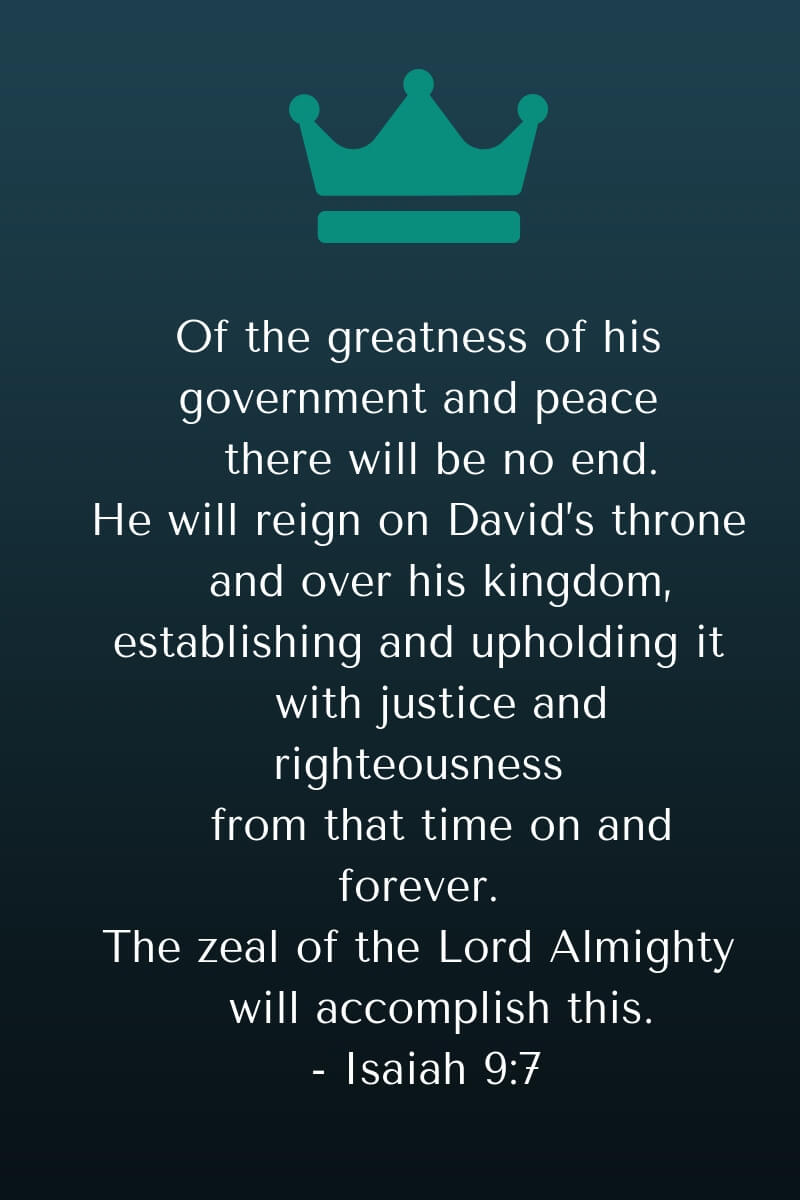 Reread that last phrase: “The zeal of the Lord Almighty will accomplish this.”

What does the word zeal mean?

Webster’s Dictionary defines zeal as “eagerness and ardent interest in pursuit of something.” A popular synonym for zeal is passion. God’s passion motivates Him to put His plan to save the world into action and to work the plan until everything is accomplished.

For so long, I’ve approached Christ’s mission on earth with a sense of head knowledge, void of any emotion. God perceived there would be a sin problem in the world so He devised a plan to deal with it. My God was devoid of passion; pragmatic and practical would describe Him better. With the methodical precision and facial impassiveness of Star Trek’s Jean Luc Picard, He must have pointed His divine finger and uttered, “Make it so!”

But that little word zeal puts a whole new spin on God’s actions. There was emotion, heart, an passion to provide a Savior who would rescue the world from sin. God’s zeal was three-fold:

God wanted to save His people. He wasn’t duty bound to do it. He felt no obligation. No higher authority ordered Him to do it. He wasn’t unemotional or stoic about it. He did what He did because He loves us. Love is a strong emotion and a stronger motivator. I wanted to be with my baby because I loved her and she belonged to me. We have been God’s cherished beloved since before the beginning of time. When we strayed from Him of course He wants us back. He loves us.

“But God demonstrates his own love for us in this: While we were still sinners, Christ died for us (Romans 5:8).”

Once God devised his plan, He wasn’t going to change His mind. Unlike a high school junior who fluctuates about a college major at least once a week, God stayed faithful to His plan. He set His plan in motion, and He would see it through to the end.

“Because God wanted to make the unchanging nature of his purpose very clear to the heirs of what was promised, he confirmed it with an oath (Hebrews 6:17).”

That’s how serious God was about His plan. Back to that passage in Isaiah, that little word, “will” says it all: God will accomplish His purposes. There will be no end to this coming kingdom. The Heir Apparent will rule with righteousness and justice. We can have confidence that God will do whatever He sets out to do. He is determined to make it so.

Nothing could hinder God from carrying out His plan. All the powers of hell would not stop him. He would go to any length and stoop to any depth to make His plan happen.

Just as every fiber of my motherly being wanted to be with my hurting baby, God craved to be with us. He let His Son take on human flesh, enter the world as a baby, sleep in a limestone water trough, and die on a splintered cross beam, gasping for life, so He could get us back. If it took centuries, even millennia, to create the perfect time and place for His best work, He was willing to bide His time. While it would have been understandable for him to annihilate a people bent on rebellion, He tolerated the flagrant disobedience of His chosen people so that He could use them to bring the heir to David’s throne to this earth.

“For I am convinced that neither death nor life, neither angels nor demons, neither the present nor the future, nor any powers neither height nor depth, nor anything else in all creation, will be able to separate us from the love of God that is in Christ Jesus our Lord (Romans 8:38,39).”

God wanted to rescue all people from the devastation of sin.

Unlike humans who so often ask if something or someone is worth the effort or discouragement, God’s passion, purpose and love for us kept His hand steady through the centuries so He could accomplish what He set out to do.

It’s still true today and it’s personal. God loves you so much. His passion to have relationship with know no limits. He will do whatever He can to woo you to Himself. The only thing that can keep Him from you is you yourself.

That baby in the manger is looking for you.

May you and your family experience the joy and peace that Jesus gives.