WITH FRESH EYES: Winner of the ECPA Christian Book Award and the Selah Award. Get your copy here.
Home / Grace on Parade / Elkhart Kansas: A Community of Grace

You probably haven’t heard the news story about the Elkhart explosion.

It could have been another West, Texas story.  A story of disaster. Another portion of a town obliterated by catastrophe.

Instead it became a miracle and a testimony to God’s grace working through people filled with His goodness. 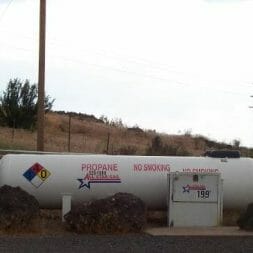 It was early evening around 8:00 in Elkhart, a small town tucked in the far southwest corner of Kansas.  A large propane tank, less than two blocks from the town hospital, care unit, and nursing home, caught on fire. Thoughts of the fertilizer plant explosion in West, Texas less than three months ago immediately went through the minds of emergency workers. They knew what they needed to do – but could they do it before a spark ignited the propane tanks and set that section of town on fire?

The entire community went into high gear. In thirty five minutes, over one hundred people were evacuated.  All the patients in four care facilities were moved to a church away from the danger zone.  Young people and old people appeared on the scene, using school buses, church vans and private vehicles. Seats were taken out of church vans and wheelchair bound people were loaded from the back.

My first cousin, Rhonda Neuman, is the Director of Nursing at the Elkhart Care Unit.  She wrote this:

“All kinds of people came to help – race, religion, sex didn’t matter. We had white, Hispanic, Filipino, cowboys, young people 10 yrs old, ministers, average American people who actually cared that the elderly not be left behind!”

An EMT commented later that everyone he talked to could not believe what they were able to accomplish.  “All because our community cares,” he said. 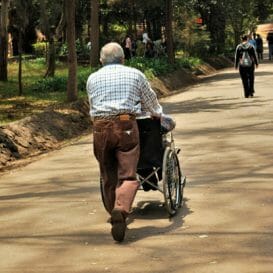 Sherry Lujan said, “Of my 30 years of nursing in southwest Kansas, tonight was the most traumatic stressful night I’ve ever had to experience. We evacuated our small hospital, nursing home, special care unit and assisted living unit tonight. I have got to say a BIG THANK YOU to the Elkhart Fire Department, EMS, Morton County Sheriff’s Department, Elkhart Police Department, First Baptist Church, Clergy, area church buses, USD 218, and the hundreds of volunteers that came out and helped. Makes me proud to be part of this little corner of the world.”

An article from a Wichita news station ended their report with the understatement, “No one was hurt.”  Considering that so many elderly were moved in such a short time in a potentially dangerous situation – that is nothing short of amazing.

The best part of the story to me – and to others – was the way young people became involved in helping the elderly.  “It really amazed me to see so many young people helping out,” Rhonda said.

One young lady, Tamesha, responded with humility, “I was just worried about keeping our residents safe and not loosing anybody!”

It was a night Tamesha and her friends won’t forget for a long time. Not only did they experience the joy of caring for the helpless; they watched a community pull together for the “least of these.” They discovered how good can overcome evil and how we respond to crises is what counts most.

As Rhonda’s daughter, Taysa, a worker at the Care Center put it, ” Tonight I’m very proud to say I am from Elkhart! We are blessed to be in such a caring community that comes together in such a dangerous time  . . . Tonight was my worst nightmare and the most beautiful blessing I could have asked for.”

You are so right, Taysa.