WITH FRESH EYES: Winner of the ECPA Christian Book Award and the Selah Award. Get your copy here.
Home / Grace on Parade / Five Words: Living Up To How You Want Others To Remember You

We often think of people in terms of their accomplishments, hobbies, group memberships, or quirky food likes and dislikes. This person loved to garden. That person was active in the Rotary. She loved to cook. He was a welder for forty years. Imagine how you would describe the people around you if you first had to start with character traits. What would you say about your friends, neighbors, or family members?

What would they say about you? If they could only use five words, how would they describe you?

What five words would you like them to use? 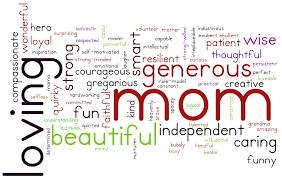 The minister who conducted my mother-in-law’s funeral was a newbie. He’d never asked to be a senior minister. But when the senior minister at the Tucker Christian Church unexpectedly lost his battle with cancer, Eric stepped up to the plate to fill the pulpit. The funeral for Jack’s mom was his first. Any concerns we may have had about his ability to do a funeral dissipated when he asked this question at the end of our meeting with him to discuss the memorial service arrangements: What five words would you use to describe Jane?

The question caught me off guard. As a minister’s wife, I’ve sat in on numerous family planning sessions. I’ve heard ten times as many eulogies. I’ve never heard anyone ask that question. Yet it’s a good one.

Jack and I quickly regrouped. In the space of a few minutes, we came up with five words with supporting evidence for each word. As our thoughts poured forth, Eric’s pen flew across his paper. He’s got the outline for his message, I thought.  Sure enough. Our answer were provided the framework for his remakrs the following day.

Spent, we leaned back in our chairs. “That was a perfect question,” I told Eric. “I don’t think I’ve ever heard that approach at a funeral. People often talk about what the deceased did or what they liked. Your question focuses on the person’s character rather than their accomplishments.”

Eric chuckled. “I can’t take credit. I learned that technique at a men’s retreat.” He told us the backdrop.

Each man was asked to write down five words they would like others to use to describe them. Then the retreat speaker challenged the men with this: Live up to those words. Spend the rest of your life becoming those five words. Right now, put those five words into your life toolbox and use them often. Gurantee that when someone writes your eulogy, those are the traits they will want to mention.

Live up to the way you want others to remember you. 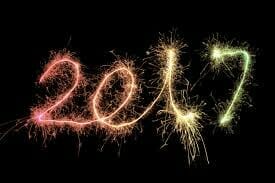 What if I took Eric’s challenge instead? What if I wrote five words by which I want other to know me, to use to describe me to others? What if made 2017 a year about being rather than about doing? What can I do in 2017 to be the kind of person I want to be, the kind of person God wants me to be?

Here’s a few for you and me to choose from. What others would you add? 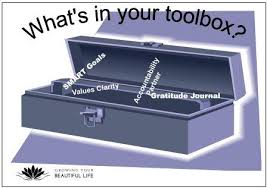 Your turn. Choose five words for which you would like to be known. Plan this week how you will live up to those five words.

Previous Post: « Manger Scene: The Best Way To Find The Messiah
Next Post: Bowl Parades and Grace: Who Is On Your Parade Route? »