WITH FRESH EYES: Winner of the ECPA Christian Book Award and the Selah Award. Get your copy here.
Home / Grace on Parade / Giving Tuesday: Should I Participate In A Once A Year Donation Day?

Our culture has dubbed the Tuesday after Thanksgiving as “Giving Tuesday.” My Facebook news feed and email notifications made sure I knew about it. 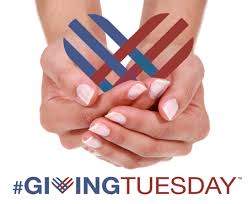 I find the idea of a Giving Tuesday, five days after Thanksgiving a little disconcerting for several reasons.

If I understand the biblical model correctly, giving to the less fortunate is an extension of our thankfulness to God. Giving is the act of Thanksgiving. Yet Giving Tuesday is after Black Friday, Small Business Saturday, and Cyber Monday. The day that commemorates charitable giving feels like an after-thought, a reaction, a “Oh yeah, giving is important too. Let’s stick it in here.”

The whole idea of the tithe is giving God the first fruits, the top tenth, not whatever you have left over from spending on yourself. Shouldn’t giving to the less fortunate go hand in glove with our celebration of Thanksgiving?

For that matter, shouldn’t every day be a giving day? Shouldn’t I be ready to open my hands to the poor and needy when the need arises, not just save it for Giving Tuesday?

Finally, I’m bemused by all the groups that suddenly want to connect with me and remind me of their need. Shouldn’t I be willing to give without being reminded, cajoled, or begged? I think I received five emails from a Christian University whom I hardly hear from the rest of the year. The mere asking seems to fly in the face of the motive behind a day to give. The appeals seem like one more marketing email – let us have your money too! 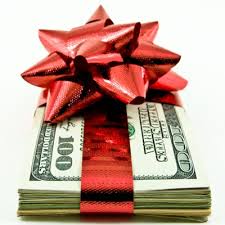 I’m sounding cynical and I know it.

Ideally it would be wonderful if charitable organizations didn’t have to ask for contributions. It would be nice if everyone generously, joyfully, voluntarily gave out of their wealth to aid the less fortunate. What a different world we would live in if everyone skimmed a tenth of their earnings to help the poor, spread the gospel, and support those who devote their lives to unpaid beneficiary positions. Yes, it would be very nice if no one owned guns and no one had to go fight in wars too.

The truth is, we don’t live in an ideal world. Criminals exist, making gun carrying, mistake prone police necessary. Megalomaniacs, tyrants, and global power mongers plague our earth, making resistance in the form of war mandatory and someone—many someones—have to put their lives on the line for the sake of keeping the peace.

So it is with charitable giving. People get self-focused. Small business owners get desperate to put food on the table for their own children. Everyone wants to be first in line and center stage so they don’t get left out in the distribution of wealth. Eager to make year-end profits from Christmas sales, businesses push against the celebration of Thanksgiving till the sales spill into the day that should be reserved for family and God. It’s a broken, messy world.

What do you do?

History shows two reactions. You can buck the tide and try to force everyone else to return to the way things were or ought to be. That might work. Then again, you might get a big case of whiplash. Or you can accommodate according to the culture, hoping somewhere that someone gets the hint. A little progress is better than no progress at all. At least we’re doing something.

Giving Tuesday is probably one of those concessions. At least people are giving. Yes, giving is important every day but people, being the foible forgetful creatures that they are, need reminders. Deal with it. 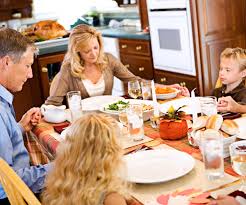 There’s a third way and this is the way I choose. Instead of expressing distress at the way the world has messed up, I choose to do what is right and biblical. My head knows the connection between giving and Thanksgiving. So I need to live that way. Instead of griping about my messy world, I need to do the right thing. Next year, I can weave a benevolent contribution into my overall celebration of Thanksgiving. Our family could decide on a mission, para-church ministry, or charitable organization we want to support. Then, we could put a cup in the middle of our Thanksgiving table, explaining to other guests that all proceeds will be sent in the next mail to that group or individual.

I love the idea of spending Thanksgiving working in a soup kitchen or homeless shelter. I have never felt so thankful or joyful as the year my husband, daughter and I spent around a Thanksgiving table with international students who couldn’t get home for the holidays, trying to explain why we ate turkey and sweet potatoes on this one day and teaching them how to play Jenga. Just imagine Asian engineering students figuring out their next move and you get the picture! Giving in the form of rolling up our sleeves and mingling with those we want to benefit is the best kind of giving.

How should we handle Giving Tuesday?

I can choose to not let the world suck me into its mold. A Giving Tuesday doesn’t prevent me from giving every day or once a week as the Apostle Paul instructed in 1 Corinthians 16. I don’t have to do things the world’s way. I can quietly live my life doing it Jesus’ way. 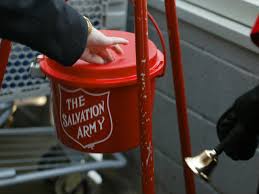 A day to give is still a good idea. If enough people don’t do anything on Giving Tuesday, the idea will fizzle and we’ll end up throwing out the baby with the bathwater. As Christians, we can model the goodness of giving to the world on that day. It’s not the day that matters anyway. It’s the concept. Imagine the impact it would have on our culture if more money was donated to charitable causes on Giving Tuesday than was raked in on Black Friday. If we don’t participate, that won’t happen.

One more thought. What day you choose to give is not as important as your attitude and the connections you make. My husband and I have come to love our yearly tradition of sticking money in a Salvation Army bucket every year. I worked for this worthy organization for two years and learned a lot about the good work they do to help the indigent of our society. We’ve learned that money given in those red buckets stays local. It’s all Jack and I can do each year to hold back until after Thanksgiving. We both just sense when the moment is right. One of us will reach for a wallet and remove a $5 bill while the other stands and smiles in agreement.

We take a moment to stop and talk to the bell-ringer. That’s one of our other silent agreements. We won’t just stick the money in. We make connection with the volunteer and tell them how wonderful we think the Salvation Army is, ending with a “God bless you.” And we go away, feeling like we are the ones who’ve been blessed down to our Christmas socks.

It’s never too late to give. Jesus gave His Son for our salvation. What can you give in the next week?

Previous Post: « Ohio State: Why I Care About The Attack On The OSU Campus
Next Post: December Death: How To Find Christmas Joy In Seasons Of Loss »