WITH FRESH EYES: Winner of the ECPA Christian Book Award and the Selah Award. Get your copy here.
Home / Bible Study / Goodwill Gifts

What big job does God have waiting for you?

For years, Mary and Don lived ordinary lives. Don, a retired Sears employee, spent his retirement mowing his vast lawn and doing upkeep on his boat tethered along Atwood Lake. Mary entertained guests throughout each summer at the only private outdoor pool in Northeast Ohio that I knew of and regaled visitors with stories of her latest purchases from the local Goodwill store. 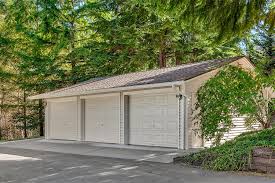 One particularly cool September, when Mary was 85, she discovered another visitor on their property. A homeless man had sought shelter in Mary and Don’s expansive garage. Recently Mary had taken the challenge to read the New Testament in one month. As she heard Michael’s story, other stories of Jesus’ dealings with the poor filtered through her mind. She ushered Michael to their upstairs apartment they often used for out of town guests including traveling evangelists, altered one of Don’s suits so Michael could come to church with them, tried to help him reconcile with his family, and outfitted him with more clothes from Goodwill as only Mary could do. 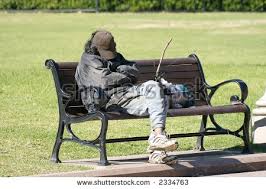 Neither Mary nor I expected the community kickback. Michael was not a homeless man passing through town. He was a local boy of a small town and everyone knew his story. Local gossips worried about Don and Mary’s safety with “that boy.” His family had kicked him out, and the mother of his girlfriend didn’t want him. So Michael wandered the streets, searching for hidey-holes where he could sleep. When Mary asked a community group what resources might be available to help Michael, she was smothered with a blast of vitriol. “You can’t trust that family,” one woman said with venom dripping from her voice. “They’re no good and there’s nothing you can do to help them.”

She stayed the course and continued to love Michael. Soon he accepted Christ and was baptized. Michael had a lot of hurtles yet to overcome but the difference in his behavior and outlook was obvious to anyone who talked with him at church. Mary and Don stuck with him and parented him through finding a job and an apartment in the nearby big city.

I’m so proud of Mary. So many 85-year-old women could have, would have, said, “I’ve done my share. Let someone else do it.” I admit, I didn’t know a younger Mary, but I have a feeling she did her best work for the Lord when she chose to open her home and heart to a young homeless man. Until that moment came, she stayed faithful to God, doing the ordinary, maintaining her faith and love for God and His people. When God’s call came to use her gifts—particularly her gift of bargain hunting!—Mary was ready. 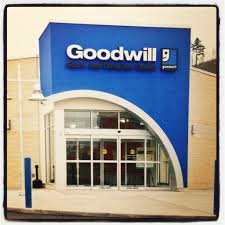 Mary’s story makes me think of several Bible characters. Moses was 80 when God had him do his greatest work. David hid in the wilderness for twenty years. And Joseph endured 23 years of hardship before he “saved the world.”

God has some awesome plans for you! So many Scriptures talk about God’s plans for us, the gifts He has given each of us to be used to serve others, the blueprint of good works He made for each of us before the world even began (Eph 2:10, see also Eph 1:4), and how He is bound and determined to let nothing deter His plans until the day of His Son’s return (Phil 1:6).

You might think you live an ordinary life. You’re not a Joseph. You aren’t a Moses. You are just an average Joe – or Mary. Think of this. Moses and David were just shepherds. Joseph was a spoiled favored son turned slave. Even Jesus spent the first decade of His adult life as a construction worker. God is not finished with your life yet. He might have an awesome way He wants to use your gifts and passions to create a ripple effect far beyond your time on this earth. Just like Mary and her love of shopping at Goodwill.