WITH FRESH EYES: Winner of the ECPA Christian Book Award and the Selah Award. Get your copy here.
Home / Writing News / I Love My Job: Karen’s Latest Writing Proejcts

It’s been a busy month! 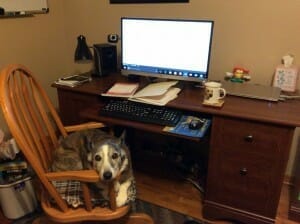 I’ve had new writing opportunities pop up on my radar in the last month. I’d love to share with you about some of those projects.

Magazine Articles: The Lookout Magazine, for whom I’ve written for a number of years, asked me to submit three articles for the 2016 calendar year. The Lookout posts a theme list usually in May. Writers submit a query letter, outlining the articles they would like to address based on the suggested theme list. The magazine accepts the ideas they want, then the writer submits the full manuscript by the deadline given by the magazine. Two down, one to go.

The first, on the theme of worry, tells about my struggle between worry and faith when my daughter was trapped in Moscow, Russia. I just turned in the second article. It was a profile piece about three small rural churches in Western Illinois and how they are reaching the world for Christ. That piece involved a lot of phone interviews, photo ops, and details I had to keep straight. Right before I hit the Send button, I had an intuitive bad feeling about one fact. It was a good thing I checked it out! I had the family in the wrong city. I love interview work though. What a privilege to talk to so many people from different walks of life and to hear the excitement in their voices as they shared what they see God doing.

Now it’s time to move on to the third article, one about using social media as a ministry. I might be looking for ideas so watch for some of my prompts on Facebook.

Newspaper blog: Several weeks ago, I walked into our county’s daily newspaper office to hand deliver a news article about a fundraiser for a disaster relief ministry. The man behind the counter “just happened” to be the managing editor. I asked for the newspaper’s email address in case I need to submit future articles, then mentioned I was a professional writer. If they needed any news covered for my small town, I would be glad to write up the occasional story.

“Actually,” the editor said, “We’re looking for a regular blogger.”

He and I have had quite a time untangling some professional knots, but my first column appeared last week. It will run every Tuesday and, for the time being, will only run online. You can access it here. My blog carries the theme of “Caught Being Good.” I’m striving to share good news pieces about individuals in my county that are doing good things for others.

Guest blogs: I’ve also had the privilege to write two guest blogs for other writers’ websites. I’ll post on my Facebook author page when those appear so check back often.

Book proposal: Some time ago, an editor showed interest in my idea of a unique approach to adult bible study materials. I based my methodology on the bible studies I’ve been leading for over the past year. As I wrote out the sample lessons, I became excited about the content and concepts. I’ve been faithful to follow God’s leading to put it together and submit it to my agent who is working to get it into the hands of the editor; now it is in His hands to do with it what He wants in His time.

Uh, Karen, don’t you write fiction? I do! When I get a few free moments I peck away at my work in progress, a contemporary romantic suspense set in Southeastern Arizona. I recently entered two manuscripts in a contest sponsored by the American Christian Fiction Writers Association called “First Impressions” where we submit the first five pages of our story. While I didn’t place as a finalist for either story, I received some valuable insights. So I’m still plugging away.

See? Isn’t a writer’s life fascinating? Never a dull moment. Not a routine day in the bunch. Look at all the different topics I get to think about and the people I get to meet! Yes, oh yes, I love my job! 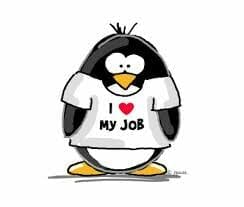