WITH FRESH EYES: Winner of the ECPA Christian Book Award and the Selah Award. Get your copy here.
Home / Grace on Parade / Direction Challenged Faith

It’s good to be home. At least in western Illinois, I can figure out which direction is north.

I’ve always had a good sense of direction. I’m one of those disgusting people who can innately sense my compass directions. If you ask me how to find something I’ll base my instructions on north, south, east and west instead of left and right. That drives some people crazy which I don’t understand.

I was spoiled. I grew up in Tucson, Arizona. Compass directions are easy there. The large mountain range closest to our home, called the Catalinas, stood as a sentry to the north. To the east, my aunt and uncle’s desert retreat nestled against the Rincon Range. The west, beyond the downtown area, claimed the Tucson Mountains, and almost beyond my visual range to the south were the Santa Ritas.

Want to know which direction you’re headed? Look for the mountain range. 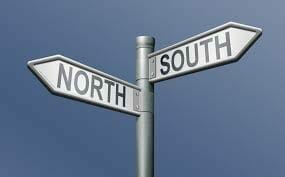 Even in other locations without my mountains, I can usually figure out which direction I am facing. Then we visited our daughter in the hills of Missouri over Thanksgiving weekend. I was hopelessly turned around. I tried to unscramble my brain. I stood outside her front door. “This is east, this is east. Repeat after me. This is east.” The next time we drove into her neighborhood, I kept telling my brain which direction I faced. North. Northwest. Turn. East. South, no, North. East. South. Where’s the sun? East.

My brain argued with me every step. East felt like south and that’s all she wrote. 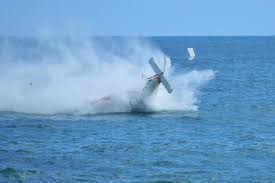 Pilots experience the vertical equivalent of directional disorientation. Up seems down and down seems up. Like the mountains, the ground can be a clue but fog and clouds scramble their world. They can’t go with how they feel. Instead of relying on instinct, their life and the lives of their passengers depend on their commitment to trust their instruments. News sources suspect that listening to his sense of vertigo caused John Kennedy Jr. to crash his plane on July 16, 1999 into the ocean south of Martha’s Vineyard.

My faith in God gets directionally challenged too. No way could a baby be born without the help of the male partner. Trinity? How does that work? It sounds like a multi-god system. Lord, You want me to humble myself and act like a servant instead of promoting myself? How will I get anything accomplished in my life if I’m placing others above myself? I don’t feel like loving my husband today, can I have a break? It just doesn’t make sense that the world could be created in seven days. It looks like it took millions of years. That song on the radio makes me feel good; what do you mean it isn’t God honoring? Can’t I listen to it anyway? I feel unloved and worthless. If God and others really love me, wouldn’t I feel the love?

Faith is based on fact, not on feeling. Faith trusts the truth, even if it heads in a different direction from my instincts. Trust in God depends on what I know to be true, on what God says is true.

The book of Judges tells the story of how the Israelites spun out of control with their relationship with God. Every story in the book gets darker and more violent. Tucked near the end of the book is this observation: 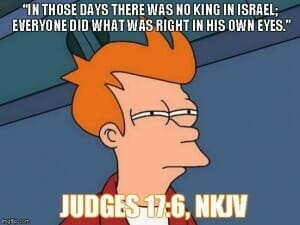 Just like John Kennedy Jr’s plane, the Israelites spiraled out of control because they relied on what felt right instead of trusting what God said was right.

It takes humility and surrender to follow God’s way. I have to admit that I don’t know or understand everything. I choose to trust God’s better judgement because He does know more than I do. After all, the creator of the world, life and world systems should know better than anyone what works and what doesn’t. It would be in my best interest to trust that He knows what He is talking about. 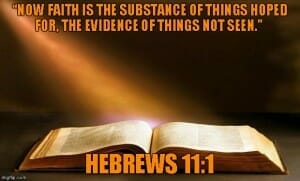