WITH FRESH EYES: Winner of the ECPA Christian Book Award and the Selah Award. Get your copy here.
Home / Grace on Parade / McDonald’s Mix-Up: How To Treat A Gang of Teenage Boys 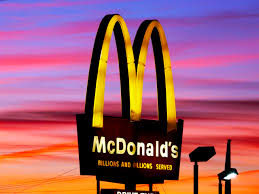 How would you predict a group of teenage boys to act at a McDonald’s Restaurant?

Recently, my husband and I stopped at McDonald’s for a coffee break. We ordered two senior decaf coffees and sat at a nearby table to wait for the pot to finish brewing. I used to say he had to buy the coffee because I wasn’t old enough for a McDonald’s senior discount. I can’t say that anymore.

While we waited, a group of about eight teenage boys walked in together and placed their orders. I tensed, expecting the front area of McDonald’s to erupt with noise and crude language. I almost suggested we move to a quieter section of the dining room. Instead, I decided to make the most of the moment and do some people watching. Here’s what I observed. 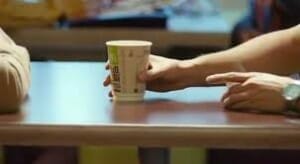 They were all clean cut and well dressed. One kid was even wearing a shirt and tie; another, nice khakis. The rest had jeans that were clean and well kept. Shirts were tucked into pants. The young men waited patiently and spoke quietly among themselves.

Two got into a discussion about a farming issue on the topic of pig manure. Except they used the words—pig manure. I guess I expected teen-age boys to use something less literal, more common-place, more “in vogue.” I’ve heard adults, even Christian adults, use more vulgar, coarse words than pig manure.

The boys were abnormal in that they were normal. They were how I would want a group of teenage boys to behave.

The truth hit me in the gut of my conscience. I was the one who was behaving badly. I don’t consider myself a judgmental or critical person. I bristle when I hear others make broad sweeping generalizations about our youth. Yet that’s exactly what I was doing. I had immediately assumed that if they were between the age of thirteen and eighteen, they were going to be loud, impatient, swaggering, and vulgar. 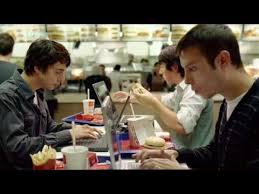 Fast forward to several weeks later. When our Women’s Fellowship invited college students to join our monthly pot luck, an international student who had been in the States only three weeks came with them. It still blows me away that a woman from Saudi Arabia walked through the doors of a rural church in the farmland of Western Illinois. Could we ever in our wildest dreams have anticipated the world coming to us like this?

“Saudi Arabia?” An out-of-the-area friend showed amazement when I told her. “Was she wearing a headdress? Was she Muslim? Are you sure she was safe? Why are we allowing all these people into our country?”

Maybe I’d learned my lesson from my own reaction to a group of teenage boys. “Doesn’t matter,” I retorted. “It doesn’t matter what nation she is from or why she is here. Once she or anyone else is here, it’s our job to love them to Jesus.”

We’re all fallen. We all have our vices and foibles. We all have our preconceived ideas and false world views. God loves each of us are we are. His grace, his transforming grace, is available for the taking. “Man looks on the outward appearance,” God told Samuel in 1 Samuel 16:7 when he was considering the choice for Israel’s next king, “but God looks at the heart.”

How should I look at a group of people? As unique individuals, all created, loved, and redeemed by God. They all need to know about Jesus and what He did for them. In the meantime, I shouldn’t judge until they give reason to be judged. Even then, I need to treat them with the compassion and love of Christ. Even if they are rowdy, loud, swaggering, and vulgar—or just different from me—God still loves them and sees their potential to be kind, generous and decent people.

So should I. After all, that’s grace on parade.