WITH FRESH EYES: Winner of the ECPA Christian Book Award and the Selah Award. Get your copy here.
Home / Grace on Parade / Moral Relativity: What It Is And Why It Doesn’t Work 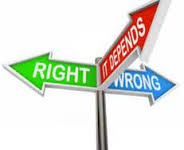 Moral relativity. It sounds like a tolerant, respectful philosophy. Yet, with all due respect, it doesn’t work.

I grew up in the generation of “I’m okay, you’re okay.” It was the beginning of the tolerance movement that now runs rampant through our secular universities, public schools, and government bureaucracies. The high-falootin’ name for it in the 1970’s was moral relativity.

The line of thinking basically ran like this: each person defines what is right and wrong for them. What is right for you may not necessarily be right for me and vice versa. Therefore I should not judge you; I should accept you as you are. Let’s all sing Kumbaya and get along.

You can pack an entire sorority house full of young women inside the loophole of moral relativity.

The Problems With Moral Relativity

For starters, it’s hypocritical. The tolerance police want the luxury of choosing which sins they incriminate and which ones they wish we would ignore. Sex outside of marriage, abortion, and now, in the 21st century, sexual orientation are the actions they most want free reign over. Yet I don’t see anyone applying moral relativity to pedophilia, murder, or identity theft. Moral raltivity comes to a screeching halt at the edge of my nose or my child’s safety. It also depends on who you are, too. Fee sex is great–unless you’re a Presidential candidate, then boy howdy, let out the attack dogs!

It’s a one way street. It only works for the things one side wants to do. Any one who believes something isn’t right is—well, wrong. Those who want an action to be okay can’t seem to accept those who say it isn’t okay, even if they say it is only not okay for them. Did you follow that? The chief among sinners are those who disgree with what the self-indulgent person wants to do.

My public school teachers used the term “values clarification.” One substitute teacher was big into this stuff and instead of following teachers’ lesson plans, would have his classes go through exercises designed to help us clarify what we held to be important. One day, he put a strip of masking tape on the floor. He asked volunteers to stand in the line regarding their stance on abortion. (Take into account this was 1976, four years after Roe vs. Wade. Abortion was a much contested topic.)

Several grouped themselves in the middle, some edging toward the pro-choice side, receiving positive affirmation from the teacher that they were doing well in evaluating where they stood on the issue. I stood up and moved to the far right hand side.

“Well,” said the teacher with an obvious sneer to his voice. “We know where SHE stands.” The entire class snickered.

It was at that moment that I realized moral relativity was not relative. It was one-sided.

That’s because moral relativity contains an undercurrent of control. It’s not enough for one side to wriggle out of the restrictions of God’s absolutes so they can live life according to their whims and personal preferences. They not only want to live life the way they choose; they want to force everyone else to live according to their rules.

Their motives have shifted from freedom to power. Power to indoctrinate everyone else to live the way the supposed moral relativist wants to live.

It’s no longer tolerance. It’s control. It’s a power struggle. At the core, it’s declaring war on God, a fight over who gets to make and enforce the rules of the universe.

It’s all so carefully shrouded in words we have trouble contesting. Tolerance. Diversity. I’m okay, you’re okay. Kumbaya. Let’s all get along together. We’ll have peace as long as you do things their way. 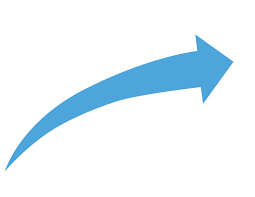 As creator of the universe, God has the right to set the rules. As the One with the ultimate wisdom and authority, His truth is absolute. What’s good for one is good for everyone. Life works better when life is lived according to His way, the way He originally created us to live.

No loopholes. No ulterior motives. All done in love and the desire to do what is best for His creation. All the time, loving the creation in spite of the way they have pushed past him, spit in his face and hung His Son to die on a tree. Offering forgiveness and a way back.

A line with an arrow that points back to Him.

Will you join Him?

Previous Post: « Count Your Blessings: What Has God Done For YOU?
Next Post: Psalm 145: What You Can Tell The Next Generation About God »