WITH FRESH EYES: Winner of the ECPA Christian Book Award and the Selah Award. Get your copy here.
Home / Grace on Parade / Names: Choosing My Character Names

As I start research on my next two novels, my days have been filled with looking at lists of names. Names and names and more names. I’m looking for possible character names. This is what I call fun. 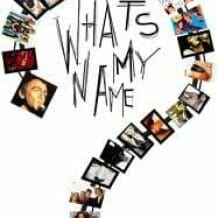 When I choose character names for a historical novel, I need to know actual historical figures in my time era.  I need to find out what names were popular at that time and what surnames were common in that area.  When I wrote my novel set in 1937 Ohio, my adult daughters and I trounced through several graveyards, finding tombstones of people about the age of my characters.  The girls would call out names and dates as I furiously wrote down the names trying to keep up with their exuberance.  People must have thought we were crazy.

Right now, I’m working on a contemporary novel set in Southern Arizona.  My book wouldn’t be an accurate portrayal of Arizona if I didn’t have a few character names of Hispanic heritage. Since I live 1500 miles from Arizona right now and am fresh out of airplane tickets (as much as I want to go visit my family), visiting cemeteries is not a current option.  So I snooped around the Internet.  A quick Google search gave me a list of the most common Hispanic proper names and surnames.  You can probably guess the most common Hispanic name – Garcia. That’s followed by Rodriguez, Martinez, and Lopez.  Well, I don’t want to choose an uber-common name but I want a name that fits my character but still easy for my audience to pronounce.  So far, I’ve chosen Lujan and Gutierrez.

Now for first names.  Well my Gutierrez character is a music professor so we’ll just call him Dr. Gutierrez.  But my supporting female character needs a name.  Did you know the most popular Hispanic name in 2012 was Sophia.  That’s followed by Isabella and Valentina.  Oh, I like Isabella but . . .further down the list is Mia, Ariana, Luna, and Zoe.  All good names.  Which one am I going to pick?  I think I’ll use — no, I’m not going to tell you.  Let it be a surprise.  Besides, I might change my mind. 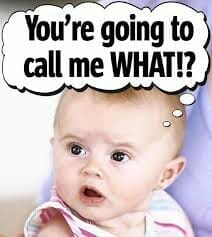 You want to know the most popular Hispanic names for boys in 2012?  One article I read said that boy’s names tend to be more traditional.  So the number one name is Santiago, followed by Matias and Sebastian. That surprises me.  I figured Juan and Jose’ would be up there but Juan is #52 and Jose’ is #74.
The other list of names I’ve been pouring over is a little more complicated – and sobering.  When writing historical fiction, it’s a challenge to know whether to use real names and build a story around the person or just make up a fictional name and use the details to make a composite. Regardless, sifting through names stokes my creativity.  Often, I create a composite name or invent a name that is similar in heritage.

The story I’m writing has to do with a militia group in the Eighteenth Century.  This particular militia group was responsible for murdering almost one hundred Indians.  Incredibly, we have a list of the Indians who were killed, but the list of militiamen is more vague. In fact, an incomplete list was not even formulated until one hundred years after the massacre.  It seems that the men did not want to be known for what they had done.  This list of names was gathered mostly from those who lived in the area at the time because most men were required to serve in the militia. It is safe to assume that if they lived in the area, they were in this group of militiamen.

As my eyes worked through this long list of names, I observed that every once in awhile, a personal note appeared about a particular name.  One man resisted the decision to attack the Indians.  Later this same man became a Presbyterian minister.  Another resister later adapted an Indian boy to protect him from future harm.

Some years back, Bruce Wilkinson wrote a little book, “The Prayer of Jabez” that instantly became a best seller.  Like my list of militia men, 1 Chronicles 4 contains a long boring list of names. Then our eyes stop at verse 10 as the author adds a biographical note about the man Jabez.  Who do we remember out of that long list of names?  Jabez.  Not just because Bruce Wilkinson wrote a book about him.  We remember his name because of what he did.

That’s true of any historical figure. We don’t remember the name in and of itself. We attach their names to what they did and to who they were.  George Washington, the Father of our country.  Abraham Lincoln, the Great Emancipator.  Jack the Ripper – need I say any more?

Hopefully, when I finish my books, my character’s names will become so memorable to y ou, you won’t easily forget them.  My job is to make my characters so real by what they do and how they live that you won’t soon forget them.

If you had to choose a character name for a contemporary novel, what would you choose?

It’s Friday!  See what other blog writers think about when they hear the letter “N.”