WITH FRESH EYES: Winner of the ECPA Christian Book Award and the Selah Award. Get your copy here.
Home / Grace on Parade / November: Finding Gratitude in the Tough Months

November is a tough month for our family. 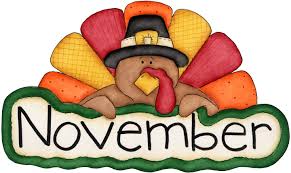 On November 1st, my husband landed in our hospital’s emergency room with a large hernia. Test results showed he also had an infection and, after a week of tests and an ineffective antibiotic, doctors determined he couldn’t have surgery to repair the hernia until the infection cleared. While we wait for surgery to be scheduled, we’re in the final stretch of wedding plans for our oldest daughter.

As I told that daughter about our day in the E.R., she laughed. “I’m not surprised,” she said. “It’s November.”

Every family has their month of memories – the month we wish we could forget.

While March and April seem to be the months for the most deaths in our family, November is the Wingate month of mileposts.

The holidays are a stressful time. After the adrenaline of the season, we wonder how we are able to accomplish so much more in November and December than during other months. It’s all well and good if nothing out of the ordinary happens. Throw in a crisis or five and stress levels skyrocket.

By the way, according to Snopes, the theory that there are more suicides in the month of December is false. Reason? While people are more stressed, spending too much, aren’t eating right, and not getting enough sleep, they are also getting more family support and more social interaction.

How do I cope when it feels like a 15 pound turkey has landed on my holiday to-do list?

I threaten to cancel Thanksgiving and Christmas. Unfortunately, that’s exactly what the enemy of my Christian faith wants me to do.

Perhaps extra stressful things happen as a way of distracting us from the real meaning of the holidays. More problems tempt me to be less thankful. Overwhelming details of plans and projects strangle the reason for the season.

It doesn’t have to.

The extra burdens of illness, tragedy, and even death can draw me closer to the Lord. As I trudge through the day-to-day weariness, blocking the uncertainty of the future, I find God meeting me in the intersections, reminding me He is there, and giving me my daily bread. He shows me He is faithful even when I have forgotten Him. It’s in the trial and tragedy that I learn to be most thankful and cling to the hope that Christmas represents.

In a crazy, counter-intuitive way, the harsh times prepare me even more for the holiday season. They call me to come toward the presence of the Lord, to worship him with deepened and sincere gratitude for what He has done and is going to do.

Maybe that’s what triggered the Pilgrim’s celebration and thanksgiving in the first place. They had spent several years living the personal relationship with a God who had been in the boat and along the difficult path with them. Like them, my eventful Novembers have become a time to remind myself that God’s faithfulness is new every morning and it is possible to thank Him in all circumstances.

Previous Post: « Impossible Prayer: Praying For What Only God Can Give
Next Post: Christmas Cheer: 8 Ways to Say “Merry Christmas” »