WITH FRESH EYES: Winner of the ECPA Christian Book Award and the Selah Award. Get your copy here.
Home / Grace on Parade / The Passion of God: How Far Will God Go For You?

God’s passion to protect and preserve you is unmitigated. Unfathomable. Unsurpassable. He does what He does because He loves you and He wants you with Him. 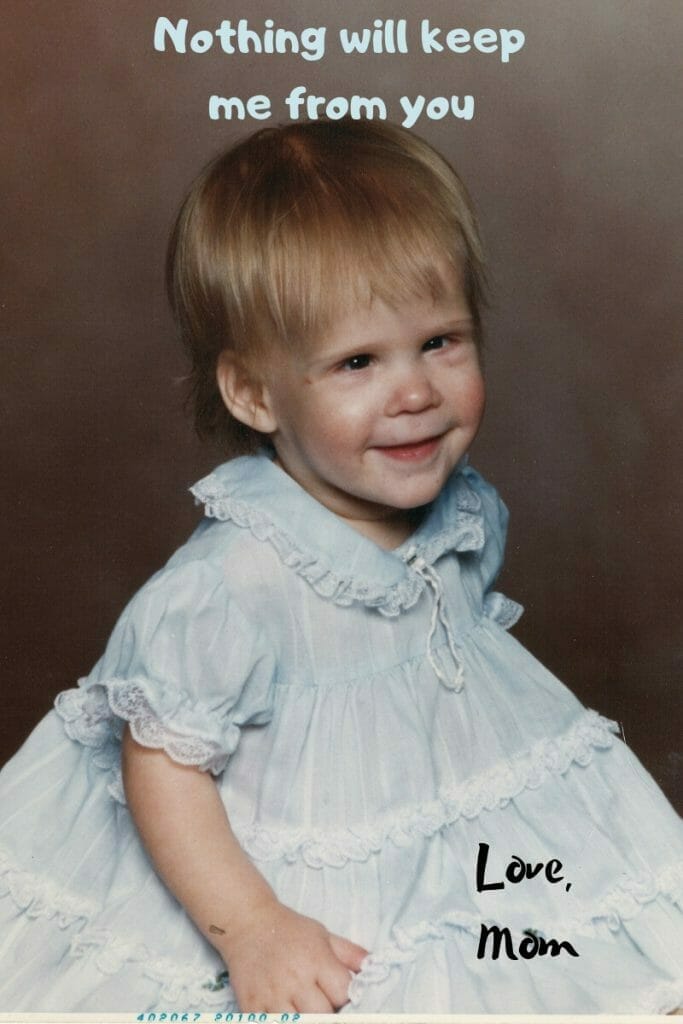 My baby daughter underwent the first of two eye surgeries at age three weeks. As the surgical nurse took my baby from my arms, emotion welled from a deep place I did not know existed. Something broke within me as if someone was cutting a second umbilical cord.

Surgery went well and several hours later Christine was placed in a room. God lovingly provided a nurse who “just happened” to attend the same church as we did. Noting how exhausted I was, Nurse Laura encouraged me to take a couple of hours away, tend to the rest of my family, and go to a women’s meeting at church. “You need to refresh yourself for the next phase,” she told me.

It was a good idea.

But let me tell you, my mind was not on that meeting. I twitched in my chair. All I could talk about was the surgery and Christine. When someone offered me a ride back to the hospital, I grabbed my coat and waited for them at the outside door, shifting from one foot to the other. My friend’s car had barely come to a stop at the hospital curb when I opened the car door. I don’t even think I said good-bye or thank you. People joked at church the next Sunday that nothing was going to stop me from getting to my baby.

They were right. I felt driven. Like a honey bee to the hive. Only one thing mattered. My baby. Her health. My desire to be with her. I think I would have knocked down Sumo wrestlers to get to my baby that night.

I wonder if God feels that way about us.

As I reflected on Isaiah’s prophecies about the coming Messiah the week before Christmas, I noticed a phrase I don’t think I had connected with before:

“For to us a child is born,
to us a son is given,
and the government will be on his shoulders.
And he will be called
Wonderful Counselor, Mighty God,
Everlasting Father, Prince of Peace.
7 Of the greatness of his government and peace
there will be no end.
He will reign on David’s throne
and over his kingdom,
establishing and upholding it
with justice and righteousness
from that time on and forever.
The zeal of the Lord Almighty
will accomplish this.”

Reread that last phrase: “The zeal of the Lord Almighty will accomplish this.” Mull over that one for a minute.

What does the word zeal mean?

Webster’s Dictionary defines zeal as “eagerness and ardent interest in pursuit of something.” A popular synonym for zeal is passion. God’s passion motivates Him to put into action His plan to save the world and work the plan until everything is accomplished.

For a long time, I had the mistaken idea that Christ approached His mission on earth with a sense of head knowledge, void of any emotion. God knew in advance that there would be a sin problem in the world so He devised a plan to deal with it. No emotion about it; pragmatic and practical would describe Him better. With the methodical precision and facial impassiveness of Star Trek’s Jean Luc Picard, He must have pointed His divine finger and uttered, “Make it so!”

But that little word zeal puts a whole new spin on God’s approach to His plan. There was emotion, heart, and passion to provide a Savior who would rescue the world from sin.

God wasn’t duty bound to save His people. He felt no obligation. He owed us nothing. No higher authority handed down the divine order. He could have materialized us into oblivion with one snap of His fingers for way we’ve defied Him. Instead, He chose to provide a way out because He really did want relationship with His creation.

His desire to do something springs from a deep love for us. Love is a strong emotion and a stronger motivator. I wanted to be with my baby because I loved her and she belonged to me. We have been God’s cherished beloved ever since the beginning of time. When we strayed from Him, of course He wanted us back. He loves us. 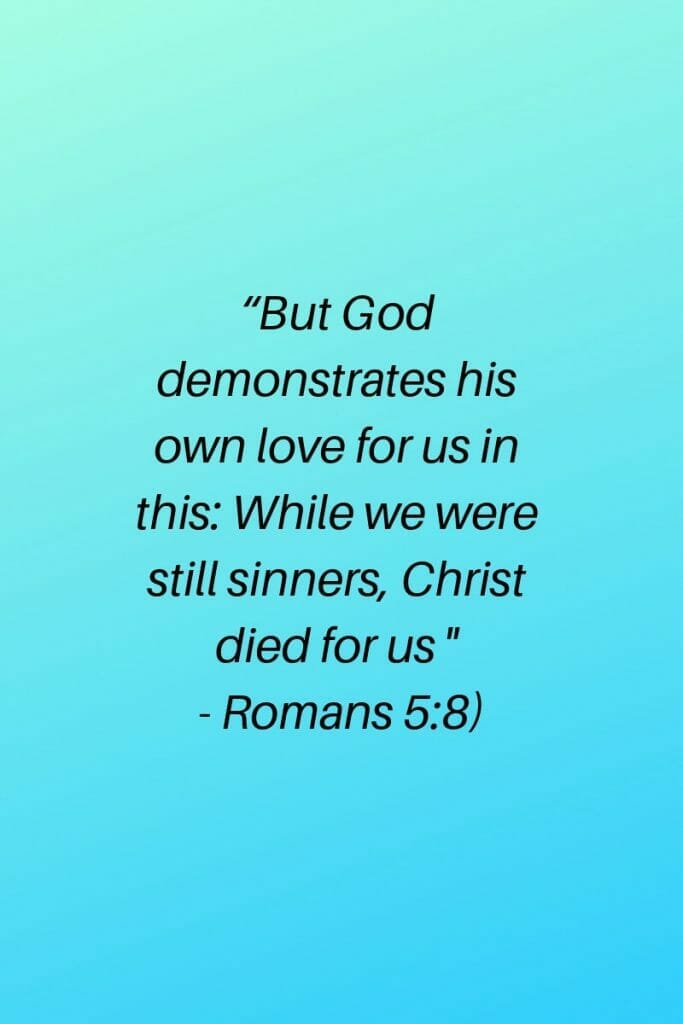 Once God devised his plan, He wasn’t going to change His mind. Unlike a high school junior who fluctuates about a college major at least once a week, God stayed faithful to His charted course. He set His plan in motion, and He would see it through to the end. 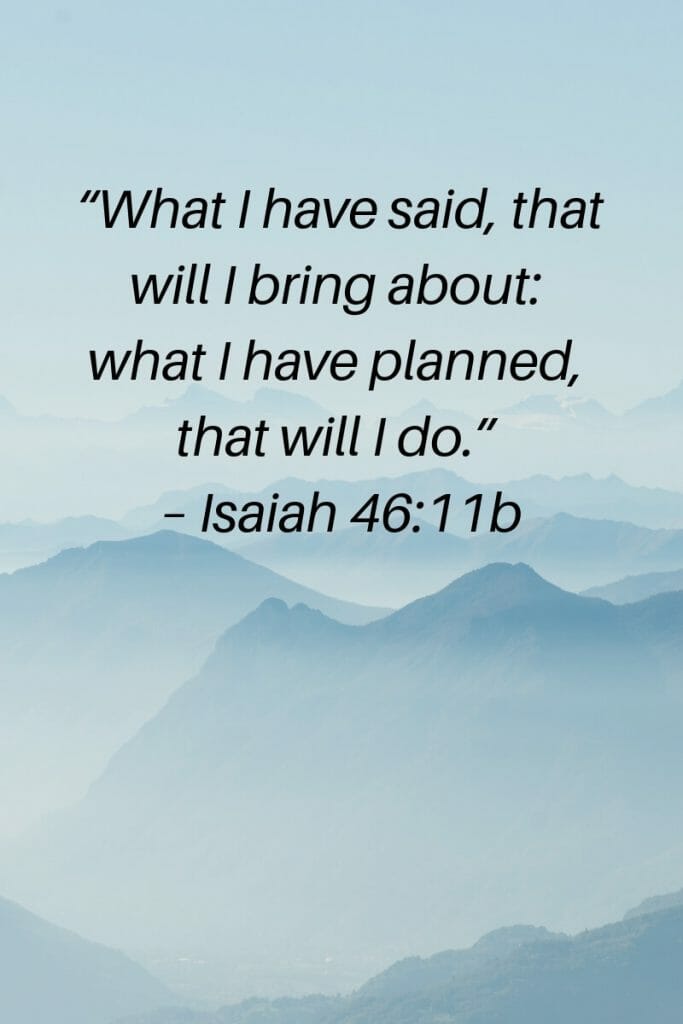 That’s how serious God was about His plan. Look back at Isaiah 9:7. That little word, “will” says it all: God will accomplish His purposes. There will be no end to this coming kingdom. The Heir Apparent will rule with righteousness and justice. We can have confidence that God will do whatever He sets out to do. He is determined to make it so.

Just as every fiber of my motherly being wanted to be with my hurting baby, God craved to be with us. Nothing could hinder Him from carrying out His plan. All the powers of hell would not stop him. He would go to any length and stoop to any depth to make His plan happen.

He let His Son take on human flesh, enter the world as a baby, sleep in a limestone water trough, fall into exhausted sleep on storm swept seas, and die on a splintered cross beam, gasping for life, so He could get us back. If it took centuries, even millennia, to create the perfect time and place for His best work, God was willing to bide His time. While it would have been understandable for him to annihilate a people bent on rebellion, He tolerated the flagrant disobedience of His chosen people so He could use them to bring the heir to David’s throne. 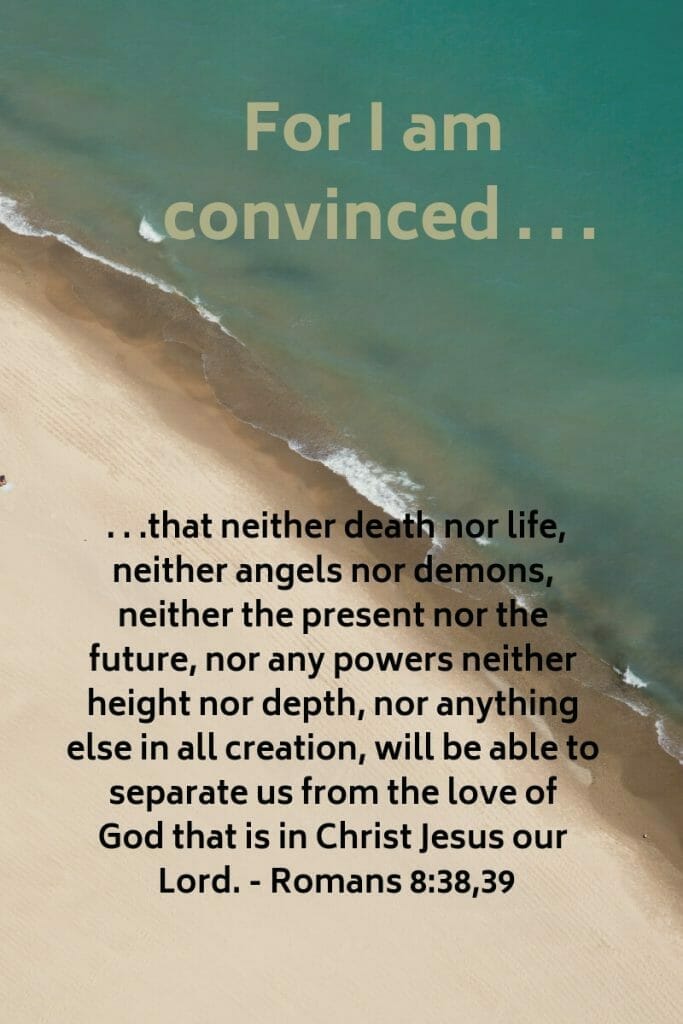 God wants us back.

Unlike humans who so often ask if something or someone is worth the effort or discouragement, God’s passion, purpose and love for us kept His hand steady through the centuries so He could accomplish what He set out to do.

If you are already discouraged with the plans and projects you have started for this New Year, be reassured. God’s plans for you never change. They will never be thwarted. His love for you is unrelenting. His passion to have relationship with you knows no limits. He will do whatever He can to woo you to Himself and do great things through you that you can’t begin to imagine. If He has put such a great plan into action to save your soul, won’t He also guide you through the remainder of your life to bring you safely to His side and use you to bring others to Himself?

The only thing that can keep Him from you is you yourself.

God’s passion to have relationship with you knows no limits.

Previous Post: « Church Life: Six Ways to Grow Past Church Mediocrity
Next Post: Amazing Grace: 6 Things Grace Can Do For You »