WITH FRESH EYES: Winner of the ECPA Christian Book Award and the Selah Award. Get your copy here.
Home / Grace on Parade / The United States and the Downfall of Morality

Has the United States reached a point of no return? 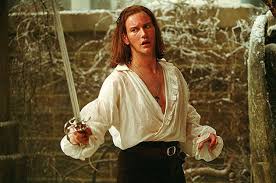 In the Broadway musical “Phantom of the Opera,” Viscount Raoul de Chagny draws a line in the sand. The Phantom, who has held a reign of terror over the Opera House, has committed one too many atrocities. It’s time to deal with him once and for all. “This is the point of no return,” sings Raoul.

It’s hard to admit that there’s such a doctrine as a “point of no return.” Yet the Bible supports such a view. Look at the words in Romans 1:24: “So God abandoned them to do whatever shameful things their hearts desired. As a result, they did vile and degrading things with each other’s bodies.” At some point, individuals or societies can be so bent on the continuation of sin that God abandons them to do whatever their hearts desire. They’ve reached a point of no return.

That’s what happened to the nation of Israel. God warned them that if they did not follow His decrees, He would abandon them to their enemies. So they did. And so did He. The ten tribes of Israel were scattered, never to return, and Judah went into exile to the land of Babylon. 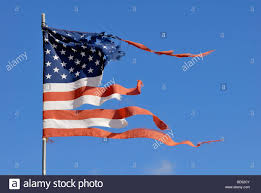 I’ve heard people wonder if this will happen to America, that at some point, God will have enough and abandon us to our own rebellious bent against Him. One radio commentator intimated that a group in America is intentionally committed to dismantling the family unit; if they can pull apart the family and siphon funds to aid broken families in their dysfunction then they can have ultimate control. These leaders want us to accept alternative family units as equally beneficial to society. And yet, the commentator observed, the family is one of the major building blocks of society. When the family goes, society crumbles. In pulling apart the family, leaders may be pulling out from under us the very foundation of the United States. It is very possible that God will step back and let them have their day.

Don’t lose heart. Remember what happened after seventy years of exile. God preserved a remnant for Himself that He allowed to return to Jerusalem. Yes, Israel was never the same. She never returned to her glory days. Yet out of the ashes of her destruction, God raised a new group of people who would sincerely seek Him. Never again would Israel returned to idol worship. Out of that group of people, God brought forth the Messiah, Jesus Christ. The United States as the constitutional fathers knew her may fall. She may lose her status as a world power. She may even have to become subject to another, less godly world power. Yet, out of the ashes, God can create something new. History proves that God has done that a number of time. He will protect His remnant.

When Elijah despaired about Israel’s rebellion against God, the Lord reminded him that seven thousand Israelites had not yet bent the knee to Ba’al. Our country may falter. Our country may reach a point of no return. But the faithful are still tucked in the corners of communities. There is still a percentage of families that are holding together. Newspapers and Facebook still contain pictures of couples celebrating their 50th wedding anniversary. Attendance in churches may be in decline but the Church still stands. There are still thousands who have not bent the knee to the god of materialism and selfishness. There are still more than ten believers in the Sodoms and Gomorrahs of immorality.

Our country may fall. The glory days of the United States may well be over. But we can rest assured that God will not abandon His Church or His people. If we stay true to Him, He will not let us down. As Psalm 91:7,8 promises, we may have to watch the punishment of the wicked, but the terror will not come near us. The one who seeks God will not be destroyed.

Our true citizenship is in heaven (Philippians 3:20), not in the United States. Our concern should not be whether the United States falls but whether we as a Christian people fall with her. The question for all of us to ponder in these scary days is this: Will we suffer God’s judgement on the United States or will we be part of the remnant that stays true to God no matter what might be happening around us? 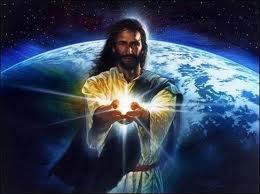 Ultimately, whether American culture endures or crumbles, Christ’s return will engage the final point of no return. He will bring justice to those who have belligerently chosen to follow their own way instead of His way. He will gather His remnant from all nations to take them to a home far more permanent than the country we now call our own.

God’s remnant is made up of individual lives. We may not be able to stop the downfall of the United States. But we can snatch others from going over the brink. We can honestly examine our lives to evaluate what habits, addictions, and lifestyle choices are hurtling us toward a point of no return and stop ourselves before we get there. I challenge you. Be part of God’s remnant.

Stand firm. Watch. Be on guard. Be ready. Wait for His return.