WITH FRESH EYES: Winner of the ECPA Christian Book Award and the Selah Award. Get your copy here.
Home / Grace on Parade / Season’s Greetings: What Will It Be?

Have you kept up with the Season’s Greetings controversy? 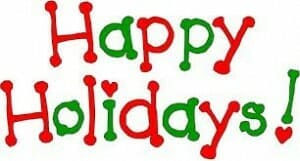 Who could miss it?  Several department stores have insisted their employees say “Happy Holidays.”  A news report says that people from Washington staffers to Texas school children have been banned from saying Merry Christmas. We certainly don’t want to offend those outside the Christian faith. 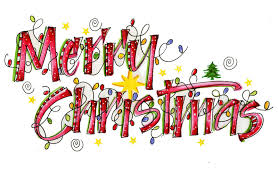 Many Christians, indignant and determined to uphold the true meaning of the season, greeted employees with “Merry Christmas” just to get the point across. This year, Facebook posts abound with posters encouraging their friends to keep Christ in Christmas by saying “Merry Christmas.”  Just saying the words “Merry Christmas” becomes a simple sure fire way to proclaim my belief in the real reason for the season.

I’ve heard some people counter the controversy with an explanation of the origin of the word holidays.  Let ‘em say Happy Holidays, they argue.  The word “holiday” is actually a shortened form of “Holy-day.”

Which Season’s greeting do I ascribe to?  Well, actually neither. Ever since the controversy began, something didn’t sit right with me. How could  responding defiantly with Merry Christmas reflect my faith in Christ?  Wouldn’t I be guilty of arguing over words like 2 Timothy 2:14 says not to do? The very words that I say to defend my faith could actually cause ill will in a season that is supposed to bring peace and good will. And yet, I don’t want to hide the light of my faith under a bushel basket, fearful that I might offend someone, like stores and Washington staffers would like me to believe?  So what can I say or do to circumvent the controversy and declare my faith in Christ?

I decided to choose a greeting that would be authentic, original and others focused.

Let me tell you about an experiment I tried.  Okay, so the words Merry Christmas are on the Bad List.  What about just changing the greeting slightly by exchanging the word “Merry” with “Awesome?’

As we started our final round of holiday shopping, I said to my daughter, “I’m going to wish five people an Awesome Christmas.” She rolled her eyes at me.  I guessed at what she was thinking. Wasn’t I going to sound as glib and mechanical as those who say Merry Christmas? I inwardly reminded myself to put the punch of a sincere attitude behind my words.

As I checked out at Kmart, I looked directly at the clerk.  “I hope you have an awesome Christmas.”  For the first time, she looked at me. Her face broke into a small smile.  “You too.”  Had I heard some warmth in her voice?

I started listening to clerks and customers greeting each other.  My daughter, who is a linguist, says English is unique in that people add meaning to their words by the inflection they use.  I noticed that when one person said “Merry Christmas,” the one who responded said either Merry Christmas” or “You too” with the same inflection and emphasis.  Was my clerk at Kmart a one-time reaction?  I

tried again on a clerk at the grocery store.  “Have an awesome Christmas.”  His head came up. “Thanks. You too. I will.” Same thing.  The inflection was different – warmer, more enthusiastic, a little surprised.

All I did was change one word.  Why the difference?  It was personal, it was unexpected, it was – I hope – heartfelt and real.

I decided to go a step further, to make my actions match my words of greeting.  A clerk stopped me in the aisle to ask if I needed help finding anything.  I thanked her for asking, admitting that often as a visually impaired person I do need help and it was so nice that someone offered.  I slipped and wish her a Merry Christmas.

A small girl pushed a loaded child-sized cart past me for the second time.  “Your cart is full!” I told her.  “You must be really helping Mom out.”  The girl picked up a DVD from the top and held it out for me to see.  Okay, time to get radical.  Time to be extreme for Jesus’ sake.  I knelt beside her, our two carts blocking the meat aisle.  I nodded knowingly to each Teenage Ninja Turtle character she pointed out to me.  I looked up.  Mom’s open mouth smile was beautiful.

The wee one put the box back in her cart.  “Christmas isn’t today.”

Jesus, help me.  Fast.  “Well I won’t see you on Christmas Day and I really want to wish you a Merry Christmas so I’ll say it to younow.”  Mom prompted her to return the greeting and the little girl got a case of the shy’s. That’s all right.  She had already given me a gift greater than a greeting.  She had shared her life with me and I had shared my time with her.

The war on Christmas is a war on words.  The best way to win the war is not to fight the battle of words in the first place.  We can win the war by taking time to enter people’s lives instead of insisting they celebrate Christmas our way.

Do you really hope the person standing before you has a Merry Christmas?  Or are you saying it because that’s the proper greeting or because you want to make sure that person remembers whose birthday it is anyway?  The best Christmas greeting is the one that means what it says and makes the season brighter for the other person. You want someone else to have a Merry Christmas?  Then you make it Merry for them. It could be as simple as changing the words we say, the way that we say them or what we do as we say them.

I wish you could hear me now:

“I hope you have a really awesome Christmas!”

Okay.  It’s your turn to pay it forward.

Previous Post: « Santa Claus: Should We Or Shouldn’t We?
Next Post: Christmas Greetings From My Home To Yours »