WITH FRESH EYES: Winner of the ECPA Christian Book Award and the Selah Award. Get your copy here.
Home / What I Saw Today / Seize The Day: Making the Most of What You Have 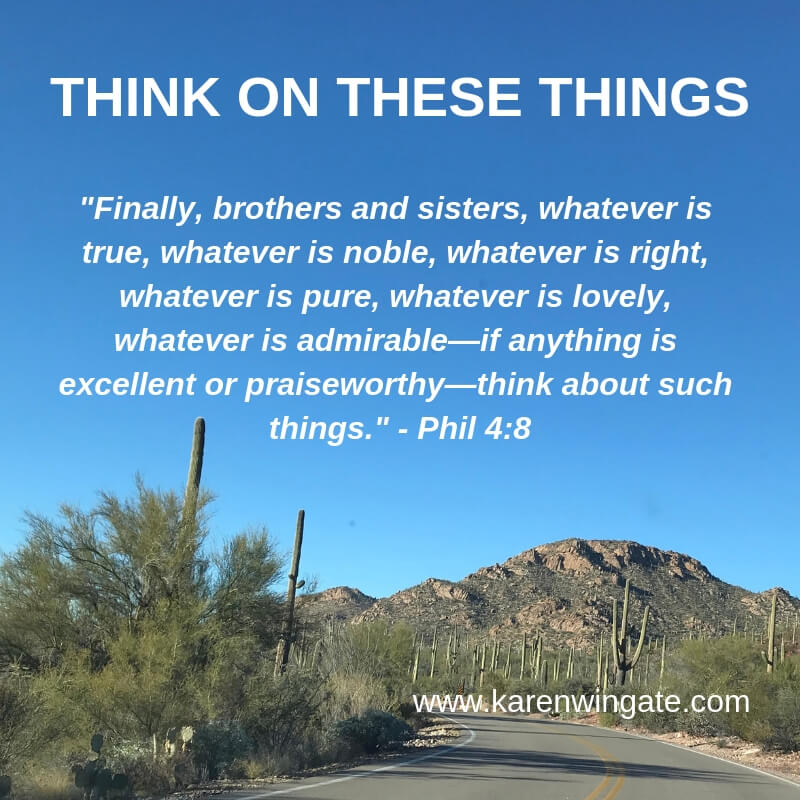 I had a day like that during a recent vacation to Arizona.

Arriving late in Phoenix the evening before, we headed to Tucson the next morning to visit family. Our family knew we were coming for a visit but we hadn’t made any plans as to which days we would come down to Tucson. I worked my cell phone to call my mother and my elderly aunt. We’d barely reached my mother’s home that she shares with my sister when I connected with my sweet Aunt Charlotte.

She was flustered. She had guests coming for lunch; could we come later in the afternoon? That wouldn’t work for us; who are your guests, Aunt Charlotte? It was another aunt and her husband. Well, can we come over right now? I basically invited myself for lunch at her retirement center! And we were out the door, waving an apology to my mother, promising we would return.

We had a lovely time and Aunt Charlotte wanted us to stay longer. But I had a sudden urge to get back to my mother. I interpreted the pull as guilt for having cut short my visit with her. We arrived at her house to find my sister heading out the door to catch a public bus to an appointment. An inspiration hit me.

“Can we drop you off at your appointment, take Mother for a drive in the desert, and then pick you up when you are done?” Judi liked that idea but Mother hemmed and hawed. She hadn’t slept well, she was tired, we should go on . . . Not in the habit of forcefully persuading my mother about anything, I told her outright she needed to come, she would enjoy the ride, and if we are going to do this thing, you need to come now so we can get Judi to her appointment. In record time for her, she found her shoes and her purse, and we were out the door.

This is vacation? The pace was a little frenetic and impulsive even for me.

We drove Mother to one of our favorite places, the Saguaro National Monument. Deciding to take the seven-mile loop drive, we stopped frequently to snap pictures while Mother stayed in the car. We kept leap frogging with two bicyclists and finally, at the mid-point and best scenic stop of the loop, we stood on the same ledge with them.

Even with poor vision, the Saguaro National Monument had always been a special place; now I was seeing it for the first time since my miraculous surgery that gave me better vision than I had ever had before. I saw the ribs of saguaro cacti and the spines of prickly pear. I saw the crevices of the Rincon Mountains capped with a rare covering of snow. The detail was incredible. At one point, I stood and looked and wept, so moved by the beauty and so grateful all over again for the gift of sight.

One of the bicyclists spoke to me. Something about grabbing a perfect weather day to enjoy the beauty. I couldn’t help myself. I blurted out my story, how I was seeing this for the first time with improved sight afte fifty-five years of legal blindness. My voice cracked as it often does when I tell the story of my new eyesight. I apologized and he quickly said with a benign smile, “Let it out, sister.”

Then he told me his story.

“My story goes in the other direction from yours,” he told me. He had been recently diagnosed with Fugue’s Syndrome. Doctors had told him that he would eventually lose his eyesight. Stem cell surgery might be a possibility but until then, he could count on a haze slowly infiltrating his world.”

Admitting he was already in his mid-sixties, he told he wasn’t going to waste another moment. His goal was to see all he was able to see with the vision he had left. “It’s a new year and I’m going to grab every chance I get.”

Knowing firsthand how normal eyesight cannot be taken for granted, I nodded my head. “Eyesight is a precious gift. Make the most of what you have.”

He grasped my hand. He and I knew in a way most folks don’t the value of the gift. “Carpi Diem,” he said.

My head nodded a second time. “Seize the day. Seize the moment.” With that, we went our separate ways, off to explore, wonder, and praise anew.

I am forever grateful that God orchestrated that meeting. If we had been five minutes in either direction, I would have never met that kindred spirit. Who knows that God may have used me to encourage him? I know he encouraged me. Two human beings who shared the passion of reveling in what we could see and not wanting to miss a single moment of the beauty God has put on display for us.

As he straddled his bike and clicked it into gear, he flung a huge grin in my direction. “What a great way to start out the New Year.” Amen, Brother, oh big Amen!

We waste our vision on so much trivial stuff. How often I’ve given myself headaches by playing useless computer games when I could be using my eyesight to look at God’s creation, look at the faces of those I love or read more of His love-story to me in the pages of my Bible. How often I fill my ears with the ugly and untrue instead of listening to the beautiful sounds of birds, music, and loving voices. The gift of vision and hearing is fragile and temporary; Let’s make the most of what we have. Seize the day.

For more on What I Saw Today on my vacation to Arizona, check out my Arizona Desert video on Youtube.

Previous Post: « Amazing Grace: 6 Things Grace Can Do For You
Next Post: Ephesians Bible Study Intro: Let’s Start With Prayer »