WITH FRESH EYES: Winner of the ECPA Christian Book Award and the Selah Award. Get your copy here.
Home / What I Saw Today / Keep Traveling: Developing 3 Strategies for Overcoming Defeat

Guess What I Saw Today. 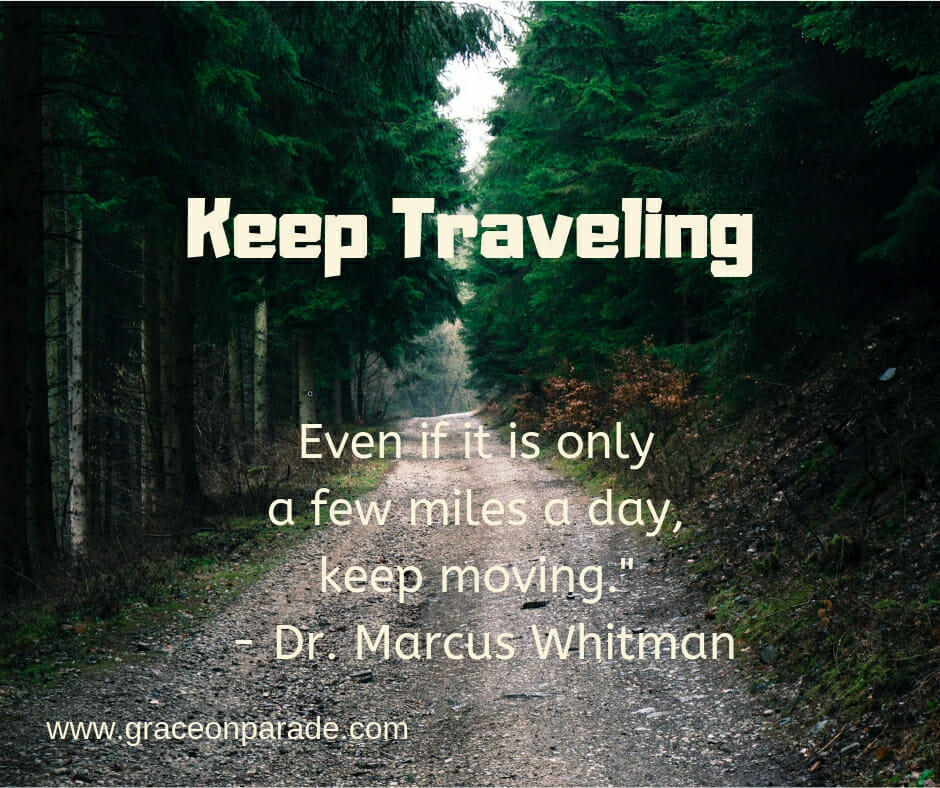 I’ve talked a lot on this blog about the surgery that gave me better vision than I’ve ever had before. I fear I’ve been misleading. No, my vision is not 20/20. The vision in my better eye roves between 20/80 on lucky days and 20/100 on average. I still have nystagmus – a condition that makes my eyes jerk from side to side, glaucoma, and now band keratopathy – corneal erosion caused from the way my eyes jerk.

In real life that means

Infatuated with my better vision, I keep trying to forge ahead. I am usually very independent in familiar settings. The unfamiliar is what gets me into trouble.

Forgetting that little detail, I told my husband I’d like to shop at our new Fareway Grocery Store while he was at his physical therapy session. It sounded ideal. I could take my time getting acclimated to the store and not have to bother him to go around the store with me. Fareway is known for their meat counter and I was hoping to pick up a few deals the second day after their grand opening.

I forgot everyone else would want to see the new store. It was news to me that the meat counter was the ONLY way to buy meat at Fareway. With a history of panicking at deli counters and fast food restaurants because I can’t see signs and clerks, I think I would have avoided that part of the store if I had known.

What went wrong at Fareway?

As I left the store, I was in tears which made the situation worse. In and out of boohooing the rest of the evening, I determined I wouldn’t let a meat counter get me down. I was going to make this work. How could I do that, though? If I was going to experience success, I had to have a strategy in place before I approached the meat counter the next time.

It worked! My husband leaned against the frozen seafood case, ate a sample of pretzels, and let me work the counter.

What Did Elijah Do?

I remember that God used a similar strategy with Elijah. After wowing the people of Israel at Mt Carmel, Elijah hightailed it out of there, running from a furious Jezebel. He hid in a cave for several days, exhausted and unsure of what to do next.

I’d be unsure too. Poke my head out of the trench just to get shot at? I don’t think so. Was his tenure as Israel’s prophet over? He’d been so zealous and it hadn’t worked.

We often view Elijah’s moment at Mt Carmel as the pinnacle of his prophet career. I imagine Elijah saw it differently. What should have been a success turned into defeat. Mt Carmel had accomplished a big fat nothing.

After nurturing him with sleep and food, God gave Elijah a strategy for overcoming his defeat. He was to anoint three men as the next generation of leaders:

You can’t do anything about the current leadership, Elijah. You can’t change Ahab and Jezebel. So, instead, let’s work on future leaders. Let’s do what we can do.

Elijah was in a far bigger mess than I was, but God’s strategy for overcoming seeming defeat was the same. Short and simple. The big idea for both of us was this. Move forward. Keep traveling. Don’t wallow in the quicksand of defeat, for it will only drag you down.

Depression and feelings of defeat stem from feelings of helplessness. We become overwhelmed by the enormity of the challenge. Yet, embedded in what looks like an out-of-control situation are small steps that can slow the momentum and even reverse the flow of circumstances. Those little steps will lead to more little steps and, soon, that big huge problem won’t be so big and huge.

No, we won’t solve it all. I still can’t see prices at meat counters and Ahab was still on the throne. It’s best to accept some things as part of the human condition. But we aren’t helpless. We don’t have to let the situation crush us.

What are you facing?

All three at once?

Let’s make this work for you. Pull up a Word file or the notes app on your SmartPhone. What three steps can you take so you can move forward?

Just move forward. Keep traveling. Those accomplishable baby steps will give you the confidence you need to gain momentum toward not allowing that monster circumstance to stop you.

You won’t be a conqueror every day. You’ll still miss cues from others like I do with store clerks. That’s ok. The important thing is what the bagger said to me when I apologized for my tears and explained to her that I have a severe visual loss:

“Kudos to you for even trying.”

That’s the important thing. That is what others will see in you – not that you succeeded but that you tried. You’re still moving forward and you aren’t letting life circumstances define you.

Elijah did one more thing that I failed to do. He talked to God about his dilemma. Even though his perspective was inaccurate, he still chose to be honest before the Lord. God met him where he was and took him forward. 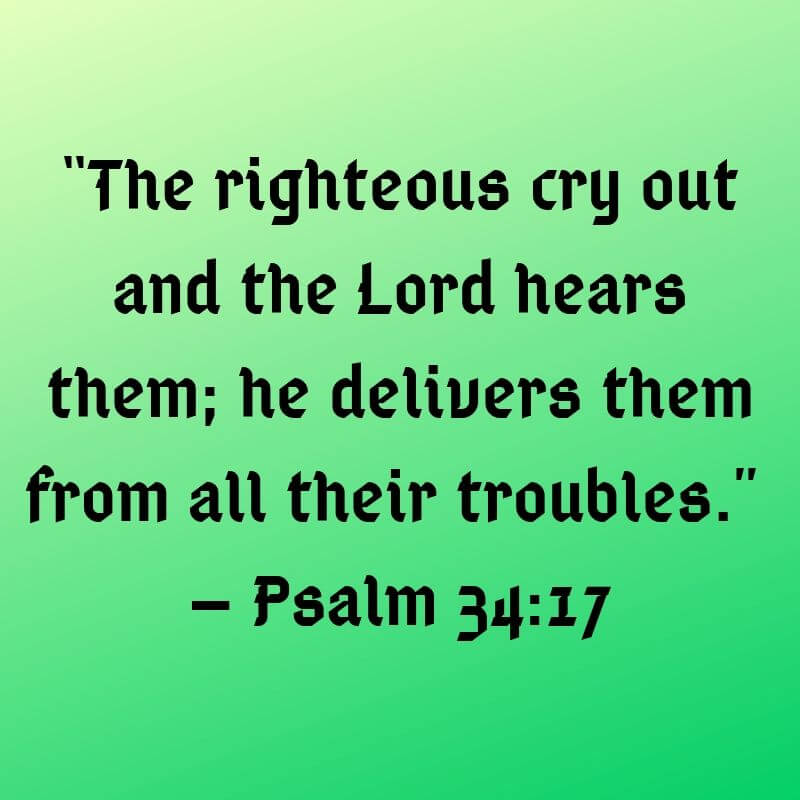 We remember Elijah for being a great prophet of God, not for the fact that he turned and ran. And if we do think of his cave hideout, we feel relieved that he is like us, that he also felt the anguish and despair of defeat. We’re inspired that he saw it as only temporary. He obeyed God and chose to move forward. His life literally ended in a blaze of glory.

Better yet, handwrite that list. Use a Sharpie. Bright blue if you have it. Once you move forward, it will be a brighter day.

You can rebound after defeat!

Life circumstances don’t have to leave you feeling helpless.

What mountain meetings and grocery store meat counters have in common: Strategies for over coming defeat.

Previous Post: « Find Me Faithful: 3 Levels of Faithfulness to God
Next Post: Witnessing and Driving Motorcycles: It’s the Real Me »