WITH FRESH EYES: Winner of the ECPA Christian Book Award and the Selah Award. Get your copy here.
Home / Grace on Parade / Undeserved Grace

“I can’t believe you are doing this,” a nursing home staff personal leaned across the counter toward Bernie. “I would never do that for my ex.”

Neither could the rest of Bernie’s family. For years, the slender woman had suffered verbal abuse and marital neglect from her hot tempered husband. 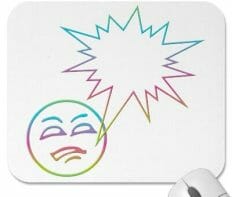 In chronic pain, he took out his frustration on all who lived within the walls of his home. His daughter tells how she would heave a sigh of relief at the end of a day because there had been no blow-ups – only to be woken late at night by his yelling.

Finally, Bernie could take no more. She sought legal separation and moved into her own apartment. As a Christian, she believed she needed to keep a door open for the possibility of reconciliation. Time after time, he would call her to run errands for him, call the emergency room for him or take care of some small detail. Even after he moved into a nursing home because he could not care for himself, she still oversaw his needs.

“You don’t have to do this,” her children pleaded. “Separation means you are separated. He has siphoned everything out of you and will continue to use and abuse you if you keep contact with him. Let him go.”

Her actions flew in the face of sensibility.

Yet, grace often does. Grace is giving someone what they don’t deserve even if it means the sacrifice of ourselves to do it. And a watching world will nitce.

And her corner of the world noticed. And marveled.