WITH FRESH EYES: Winner of the ECPA Christian Book Award and the Selah Award. Get your copy here.
Home / Grace on Parade / Who Is Winning–Jesus or Satan?

In every battle during a war, each side has a goal they want to accomplish.

At least that’s the way Germany and Great Britain saw it in the battle of Jutland on June 1, 1916 in the North Sea near Denmark’s Jutland Peninsula. It is most famously known as the largest battleship conflict during World War I. 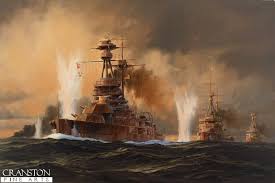 So who won? Well, it depends who you talk to.

If numbers tell the story, the British lost twice as many men and ships as the Germans. But the Germans didn’t reach their goal. They spent the rest of the war hiding in safer waters. The British did reach their goal of keeping the Germans away from the shores of Great Britain. And as the history books assure us, the Allied Forces ultimately overcame the Germans, not once but twice.

God or Satan. Who is winning?

The number of divorces and same-sex marriages rise while church attendance falls. More Christians were martyred for their faith in the 20th century than all the other centuries put together and from the vicious attacks coming from ISIS, the 21st century isn’t shaping up to be much better. Yet we also hear reports coming out of Lebanon and Syria that Muslims are turning to Christ in record number. The underground house church in China is alive and well. There’s more mega-churches (over 1000 in attendance) in America than ever before.

On a personal level, it’s easy to get discouraged. Our small congregation rejoices at the sight of a stream of new visitors. Then Satan bursts our joy bubble as he snatches those visitors away through temptation, cares of this world, and physical sickness. One of my “kids” was doing so well in growing in his faith; now I hear that he’s running with a rougher crowd and his posts on Facebook show it. Several church members have been hammered with serious, I mean, serious health issues. Yet twenty-five woman have signed up to be part of the Women’s Bible study at our church. Who’s winning?

The German Admiral must have been encouraged every time he saw a British ship go down. Yes! One more for the Germans! But those seeming victories weren’t telling the entire story. Who was wining? The British. They may have lost ships but in the end their remaining ships ruled the seas. The German fleet went into hiding.

I like what my husband said in a recent church newsletter article. “As a Christian, it’s not my job to keep a scorecard of every play. I looked in the back of the book—and we won!” Unlike the Germans and the British in World War 1, we know the outcome of this war. Jesus will overcome Satan. Jesus will win!

We know the outcome of the war of the worlds. Jesus will win!

Yeah. But. What about all these casualties? Don’t we want to win by a wide margin? I really don’t like the idea of body bags strewing my path way to Heaven. Why must we lose so many?

“Therefore put on the full armor of God, so that when the day of evil comes, you may be able to stand your ground, and after you have done everything, to stand.” – Ephesians 6:13 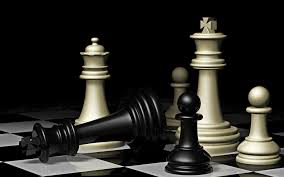 Satan wants to stick our noses against a magnifying glass that will focus our attention on the casualties, trying to convince us that he is winning. Don’t let him fool you. Don’t let him take you down too. Your mission, should you choose to accept it, is to keep standing. Don’t let yourself become a casualty. Dig your feet in, grit your teeth, and growl, “He is NOT going to have me.” Don’t let the ways of the world deter you from following Jesus. Don’t let that lucrative paycheck draw you away from God’s people. Don’t let friendships pull you from friendship with Jesus. Don’t back down from being bold in your witness in spite of the pressure to conform or tolerate. Determine today that when the game of life is over, you will be one of the chess pieces left on the board.

It’s not just about you either. We’re all stronger when we work together. A three stranded cord is not easily broken. The fire in one log will soon go out but logs that stick together keep each other on fire. We need to watch each other’s backs. Help the weak. Proclaim the message of Christ by going into the hospitals and holding the hands of the ones struck by sickness. Do you realize what a witness that is to hospital staff? Walk into that rougher crowd and pluck out the one who would be lured away by Satan’s temptations. Keep the home fires burning by supporting those who are on the front lines of ministry—the missionaries, pastors, and para-church organizers. Support those Christians who have taken on the extra hard tasks of raising wounded foster children, teaching public school junior high classes, serving in the military, or working on a secular University campus. 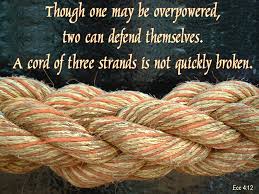 Keep encouraging your brothers and sisters, linking arms with them, till you cross the finish line together.

We are going to win!