WITH FRESH EYES: Winner of the ECPA Christian Book Award and the Selah Award. Get your copy here.
Home / What I Saw Today / The Winter Olympics Opening Ceremony: A Big Picture View of Hope 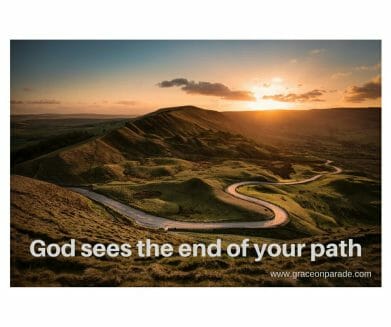 The 2018 Winter Olympics are almost over. I’m still thinking about the Opening Ceremony.

How exhilarating to watch 3,000 athletes from a vast array of nations file into the stadium at the 2018 Winter Olympics Opening Ceremony, their faces fill of happiness and hope. Of particular surprise were the number of countries who had never sent athletes to a Winter Olympics, especially those from warm weather climates. The pressure of competition wouldn’t start until the next day; for today, all are equal, excited and having a great time, waving to the cameras and crowds and taking selfies with new found friends.

What a special moment of hope when North Korea and South Korea wrapped hands around the Olympic torch in a rare moment of solidarity. If athletes can get along together in friendly rivalry, can’t nations drop their differences as well? It was idealistic and simplistic, all of us know that the political quagmire of differences is far more complex than who wins a Giant Slalom or bobsled race, but hope fuels the flame of the attempt to try.

The most memorable moment for me came in the first performance. Digital technology has transformed the already lavish Opening Ceremony production. Lights, fireworks and laser shows exploded from center stage. 1200 synchronized drones hovered far above the pentagon shaped stadium to send into our living rooms 3-D digitized images with a skateboarder, symbolic dove and the Olympic rings. It was the largest drone performance to date.

What did it look like to those who were there?

As I watched the amazing display, Katie Couric, NBC commentator, added this interesting perspective. “We don’t see the technology display you viewers at home can see.” She explained that, sitting in the stands, she could only see the ground show and, I can imagine, that was limited by her own vision.

Shortly after her comment, the camera zoomed in on one of the Korean dancers, clad in white and maroon. What must be her perspective of the Winter Olympics? What must it be like to be in this lavish performance with so much happening and only be able to see the back of the dancer in front?

If you were a participant in that dance, that would be your experience of the Opening Ceremonies of the Winter Games. The back of the dancer in front of you. Your next move. If you or your colleague made a major faux pas, that would be your take-away of the Opening Ceremonies. You would go home discouraged, wondering whether you would want to participate in a national dance performance again. Unless you watched a Youttube video later, you would never catch the God’s Eye grandeur television viewers saw.

The average Christ follower living seventy years after Christ’s resurrection was discouraged. Hostility reigned from without; corruption in the church corroded from within. In their ordinary life, Christians could only see the missteps of the person in front of them and their own insecurity. Church leaders perceived a bit more of the action; they saw how as a whole, congregations were flailing and failing. Was this all there was to this new religion called Christianity?

God gave the apostle John the vision of Revelation. He showed John the God’s Eye digital technology view of the grand and glorious scheme of God’s plan for the ages. It was intense. It was beautiful. The theme was obvious. God painted across the heavens the unquestionable certainty. God would deal with evil. God would protect the believer. And in the end, God would bring healing to the nations as no one else in their own strength could. Do you hear that, North and South Korea?

In your day-to-day life, you might see only the back of your next event. You might see the stage lights flicker, the glare of hostile onlookers, and the self-absorption of dance mates who don’t seem to care about their future as much as you do. The performance is going badly, you suspect, and you are helpless, you think, to change anything and rectify the situation. Life looks like it will only get worse.

Be assured. You are part of a grand Heaven-sized scale scheme to redeem the earth from the mess it has made. There is much you cannot see but you do see the one who is at the controls and He will end the end with a blaze of glory that ushers us into a glorious forever. For now, we content ourselves with a peek behind the curtain at the epic picture John paints for us at the end of the Bible. The theme is obvious. We won! Jesus reigns!

Faith is confident hope, Hebrews 11:1 says. Knowing what’s ahead and getting an exclusive look at the stadium view of time and space gives me a reason to hope in confidence. God is in control. He’s got it all figured out. And He will protect me and other believers through all of it.

Previous Post: « Simplicity: Bible Study Guide on the Practice of a Simple Lifestyle
Next Post: Valentines and Jesus: A Different Kind of Love »