On January 16th, 2016, my good friend, Elaine Stock, had the privilege of launching her first novel, Always With You, published by Elk Lake Publishing. 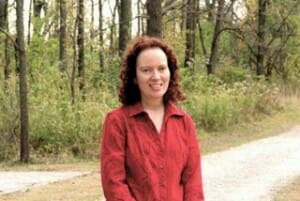 I call Elaine a good friend because that is what she is. Elaine is encouraging, compassionate, always asking about others, and thinking about others above herself. Instead of promoting herself or her own ideas, Elaine’s blog, Everyone’s Story, is a series of interviews of writers and authors. She is the best re-tweeter on Twitter that I know and her purpose is to keep holding others up and helping them succeed.

I’ve asked Elaine to share a bit about her book and her writing journey.

Tell us about Always With You. What is the setting and time frame?

Always With You is a contemporary story set in the North Country of the Adirondacks, though ends in Vermont. A story with the themes of love and respect between all races and religions, of how the love between man and woman can overcome one’s troubling past, and how through the grace of God’s forever love helping us through both times of joys and troubles, I believe Isabelle and Tyler’s story can resonate with both the reader who appreciates either contemporary or historical novels.

Tell us a little more about one of the main characters. How does she (or he) struggle with her faith in God?

Isabelle is an eighteen-year-old who sees herself as not so much a college teen but rather on the cusp of womanhood. She wants to put the past behind her and to let go of a sense of being held back by the loss of her mom, of a family who has put aside belief in a God, her asthma that has interrupted her life, and her loneliness. She yearns to believe in something big, powerful, and universal that will always be with her and carry her through the rest of her life. This very desperation leads Isabelle to make several tough choices that have both good and dangerous consequences. It also brings her in a direct confrontation with evil. 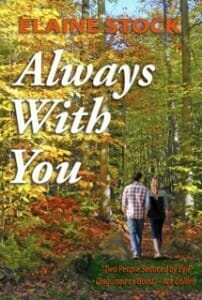 What inspired you to write Always With You?

Three things. Although like Isabelle my family refused to share tales of other family members, and that I too also longed for a relationship with an almighty powerful God who loves me, and that I was also married on the young side, that’s where the similarities to Isabelle end. However, I took this feeling of having missing links of my past into a writing workshop several years ago. Held in Saratoga, NY, a place known for its horse racing (though I do not participate), we were each given a horse’s name and asked to develop a story premise from it. My horse was named Don’t-Tell-Isabelle, which became the story’s original title. I wanted to know what secrets were kept from Isabelle and why and what would happen. Then 9-11 sadly occurred. I wanted to, needed to, write a story about the evil of hatred. All these factors stewed and years and rewrites later, with the addition of Christian themes, Always With You was acquired by Elk Lake Publishing.

Fascinating question! Actually, both Isabelle and Tyler struggle with their growth in maturity and faith. Both wounded from their pasts and families, they are vulnerable and are duped by what seems like the best faith and family/living style ever. Not until Isabelle and her unborn baby’s life are in danger, and that Tyler may lose both, do they slowly and ultimately learn how much God is willing to save as well as sustain them.

Without giving any spoilers, tell us about a time when one of the characters reflects God’s grace and mercy to another.

I love the character Patrice. Isabelle doesn’t meet Patrice until three-quarters into the story. Though they’re both total strangers to each other, they share many similarities and help each other. However, at that point of the story, because of what has happened to her, Isabelle is confused about any faith beliefs. It’s just the opposite for Patrice: because of what has happened to her, she clings to God. Patrice opens her home to Isabelle and offers to help her and her baby and to love her like her Father wants her to love any neighbor.

Tell us more, Elaine, about you. Other than writing, how do you believe God has gifted you and how has he used your gifts to serve Him and His Kingdom?

It’s taken me several years, but I’ve become a bit more open about my past: I’ve come from a very fragmented family (still is), as well as a mother who suffered (she passed away in the ’80s) from severe mental illness. I don’t consider what this past has equipped me with as a “gift” but I do try my very best to be patient and loving with others and to encourage others in treasuring their families and other loved ones. Most of all, coming from a past that excluded God, I also try my best to share His love. I hope it does show in my novels.

Elaine, how can we get a copy of Always With You?

It’s available in both print and Kindle on Amazon: Amazon,

Available in print on Barnes & Noble

A former Brooklyn gal, Elaine Stock lives in the Northeast with her husband where she enjoys spring, summer, autumn, and puts up with the winter. A member of ACFW and WFWA (Women’s Fiction Writers Association), she also is a contributing author to the international “Happy Sis Magazine.” In addition to Twitter, Facebook, and Goodreads, she hangs out on her active blog, Everyone’s Story, dedicated to uplifting and encouraging all readers through the power of story and hope.