WITH FRESH EYES: Winner of the ECPA Christian Book Award and the Selah Award. Get your copy here.
Home / Grace on Parade / Bend The Knee: 6 Ways To Show That Jesus Is Your Lord 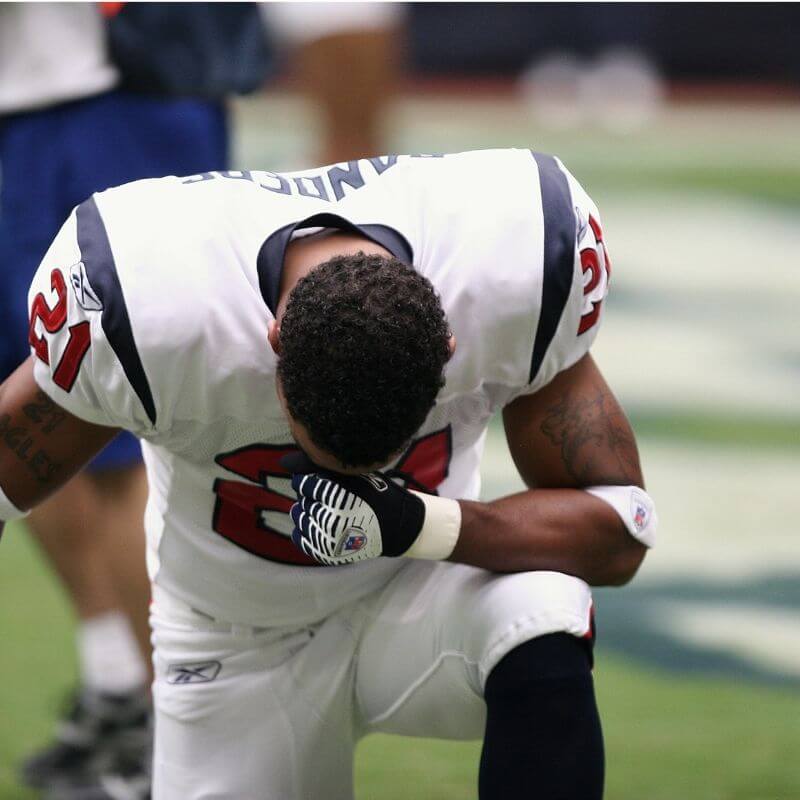 Bend the knee – what does that really mean?

In 2016, players in the NFL began to protest racial discrimination and police brutality toward minorities by kneeling instead of standing during the playing of the National Anthem. While originally meant to merely call attention to these issues in our country, the media and football audience quickly took the “bend the knee” gesture as a blatant show of disrespect for the purpose of protest.

How catawampus, I thought when I first heard about the “bend the knee” movement. A symbol that has long represented honor and reverence was flipped to mean something entirely different. I realized that kneeling is a cultural thing. In our country, we stand to show our respect. In other countries, curtseying or genuflecting is appropriate. Failing to stand during the national anthem is like failing to curtsey before the Queen of England. It’s a sign of disrespect.

One day, every knee shall bow before the Lord Jesus.

Philippians 2:10 says so. In fact, as if the emphasize the totality of that statement, Paul writes,

“At the name of Jesus every knee should bow,
in heaven and on earth and under the earth.” 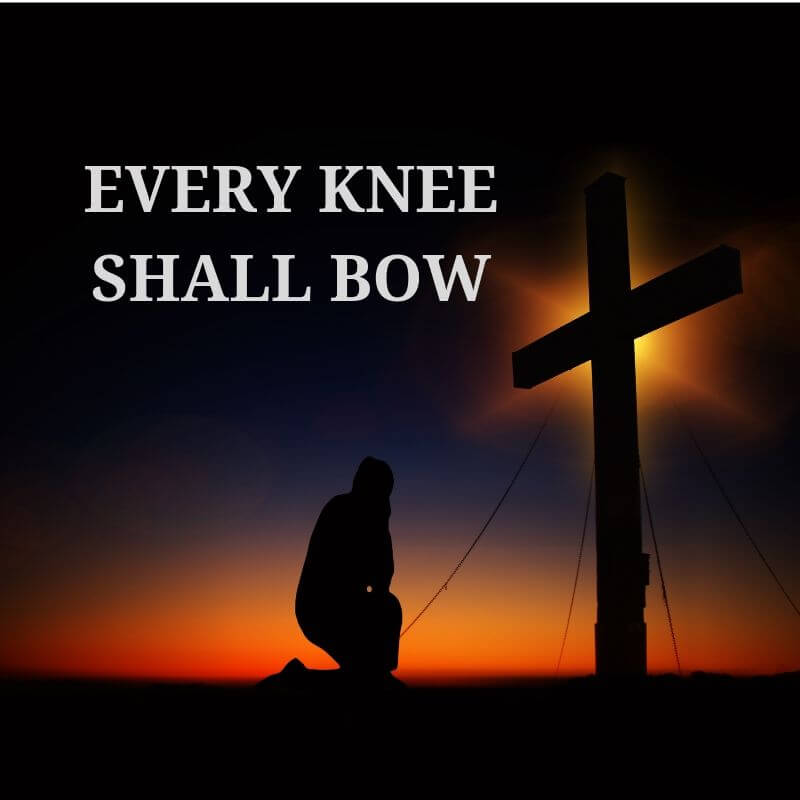 Taking away the cultural image, that simply means every single person will acknowledge the rule and authority of Jesus Christ.

Who does “everyone” include?

Let’s look at that last one. Even the most powerful names in world history will step aside in honor and respect, claiming Christ as the highest authority.

Let’s dare to be specific.

Think about these people who will bend the knee:

It won’t be in silent protest either, In fact, in describing the new Heaven, John writes,

“The nations will walk by its light, and the kings of the earth will bring their splendor into it.” (Revelation 21:24)

All the power, wealth, control, and acclaim world leaders have accrued – one day, they’ll have to turn it all over to Jesus. All that is good, beneficial and worthy will be credited to God. They won’t get to take credit for any of it. One day, God will get the credit for how He has been the One at the helm of human history.

What about the kings and rulers themselves? If any of them are not believers, they must deposit their greatest at the feet of Jesus, then be deported like the usurper they have pretended to be. It doesn’t matter the good they have done for their country – if there has been any good. They will turn over all their accolades to Jesus.

There’s a name that belongs at the bottom of that list.

One day, I must lay down all my accomplishments, all the compliments I’ve received, every penny of my wealth, and all my good deeds at the feet of Jesus. If I don’t do it now, I’ll do it then. All of us – me and you – will say out loud that He is the one who is in charge and who deserves to be in charge.

I think I’d rather start doing it now. What about you?

How do you do that?

Whether you admit that fact now or at the end of time, He is and will forever be Lord of all. How will you honor Him today?

Previous Post: « Season of Suffering: What Job Needed Most
Next Post: Old Yeller: When Doing The Right Thing Hurts »