WITH FRESH EYES: Winner of the ECPA Christian Book Award and the Selah Award. Get your copy here.
Home / Grace on Parade / The Best Speaker at the International Conference on Missions (ICOM) 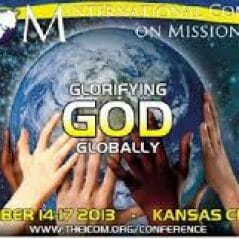 Attending the International Conference on Missions (ICOM) has been a highlight for my husband and me for the last two years. This year, we listened to great preaching, wandered through fourteen long rows of exhibits, saw many old-time friends, trying to catch up on twenty years of life over forgotten Quizno subs, and picked up a few new friends too! We heard stories of how great men and women of faith have led a particular person to faith in Christ who, in turn, was used by God to start great works for the Kingdom of God. We poked each other as we passed people bearing tags with names we’ve heard and awed all our lives.

And we met Vivian.

Conventions are not for the faint of heart. They take the endurance of a marathon runner. If you have any kind of health issue or disability, you learn to pace yourself and do what you can do instead of getting frustrated with what you can’t do. As a couple, we learned to extend a lot of grace when one of us failed to manage the pace and we grew in the communication of our needs and wants.

One evening, after we both became frustrated with my husband’s persistent back pain and the clash between his hearing loss and the loud worship music, we bailed and went back to our hotel room. The next day, I was determined to not get frustrated but to state my needs. “If you want to sit out because of the loud music, that’s fine,” I told Jack. “But I want to worship. I’m going into the main session by myself.” I think I surprised him. He stared at me then said, “Sit somewhere so I can find you later.” I agreed and left him, still rolling my eyeballs at my own boldness.

If I had stayed with him, I wouldn’t have met Vivian. 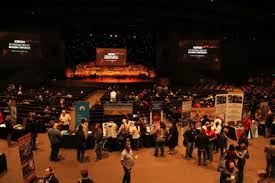 I sat in the middle of a short row and draped my coat on the seat to my right, saving Jack a spot Soon, a silver haired lady approached me, gesturing toward the seat on my other side. “Is anyone sitting here?” she asked. I shook my head.

The worship service was powerful and the preaching was . . . an experience. It was the first time I had ever heard a preacher use a translator. At one point, so focused on his message, the passionate preacher burst into song. The translator fell silent. Soon the preacher started to dance and prance in a circle. The translator just stood there. Finally, when the preacher came up for air, the translator said, “I don’t sing in English.” It brought the house down.

My seat mate and I laughed, poked at each other and made comments like we were long lost first cousins. Our new camaraderie broke the tension of the unfamiliar and we continued to share the experience together, much to my husband’s amusement. You would think by now, Jack would have arthritis in his neck from shaking his head over my penchant for striking up conversations with total strangers. I think I have a reputation. Maybe that’s why the poor man suffers from frequent headaches.

After the service, I decided it was time we introduce ourselves. I repeated Vivian’s full name. “Your name sounds familiar,” I mused. Ready to be impressed once more by rubbing shoulders with one of the great saints I had heard about all week, I plunged ahead. “Are you a missionary or in some ministry?”

“No.” She gave me a gift of a slight smile. “I’ve always been in the background, a supporter of missions.” She went on to explain that she had lived in a wide spot in the road in Illinois for the last sixty years. The only direct brush with missions she had ever had was a short term trip to Haiti.

Since that time, her church has sent six different teams on short term mission tips. “I always warn them,” she said with a twinkle in her eye. “Be careful. It might change your life.”

I told her about the time I went on a mission trip to work in a bible training center in Austria for students from Eastern Europe and Central Asia. My prayer partner for that session, a church leader from a country in central Asia, told me several stories of persecution, oppression, and obstacles they faced in proclaiming God’s message in his country. With every story of hardship, the man concluded with, “But it’s worth it.”

“That changed me,” I told Vivian. “I’ve never looked at church in the same way again. It has made me appreciate what we have and makes me frustrated when other believers major in the minor things.”

Perhaps I had trespassed over a line of understanding. Would this older lady who had been sheltered in an isolated wide spot in the road comprehend what the rest of Christendom faced?

I need not have feared. She smiled that warm quiet smile I couldn’t get enough of. “We complain about so many things,” she said. “We complain about the kind of music at church. We complain that ‘we’ve never done it this way before. . .” She paused. ” . . . and people are dying out there.”

Then she hugged Jack and me and was gone.

I could wow you with names of people I talked with that week. You might know them, you might not. I’m not a prophet but I think it would be a for sure guess that none of you would know Vivian. Yet, of all people, Vivian caught and expressed what our purpose and priority should be. It took this stranger, this unknown, quiet, in the background supporter of missions to remind me of the role each of us play in global evangelism. She got the message. “People are dying out there.” It’s not about my comfort level. It’s about the salvation of the rest of the world.

I learned one other lesson from Vivian in those few short moments. We’re all equal in God’s Kingdom. No matter who we are, who we know, or who knows us. God knows our names. That’s because it’s not about me. It’s about Jesus. It’s not who I am. It’s who I serve. That’s what matters.