WITH FRESH EYES: Winner of the ECPA Christian Book Award and the Selah Award. Get your copy here.
Home / Grace on Parade / Cancer Bracelets and Sunday Worship

As soon as I set my purse and Bible on a table in our church’s Fellowship Hall, I knew I was in trouble. A cluster of dark curly heads adorned with pink hair bands that 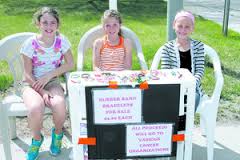 coordinated with colorful shirts unraveled into a line that advanced and arced around my position. General Washington would have felt less fear from a Redcoat battalion.

What are they selling? my brain prompted.

I soon found out. My conquering heroines dumped on the table an array of their multi-colored terms of peace. The shooting began. Three sweet voices tumbled over each other.

“We’re selling these bracelets and necklaces.” 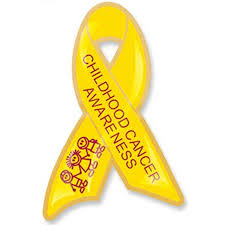 “These three kids have cancer.”

“There’s Riley, he’s ten and there’s . . . ” My rotating head picked up speed in synch with their words. I was losing track of the details.

The Pharisaical voice in my head shouted in competition. “Say no! They’re selling things in the Church!”

I come from a tradition that follows the legalism behind Jesus’ cleansing of the Temple. You don’t sell anything on church property. Church time is worship time. My house is a house of prayer, not a den of thieves, Jesus said. I was tempted to turn it into a teachable moment and tell my young entrepreneurs to come to my house tomorrow if they wanted to sell me something.

Their rapid-fire words penetrated my brain. Who did they say this was for?

Cancer patients. Three cancer patients. Kids. Kids they knew. These sweet little girls weren’t selling for their own profit. They weren’t even making money for the Girls Scouts. They hadn’t purchased their wares from Oriental Trading. They made the jewelry themselves so they could sell it to help their friends.

Jesus healed on the Sabbath. Jesus challenged the Pharisees that they would even stoop to rescue a donkey from a well on a day of worship. If collecting money to heal three friends riddled with cancer and to rescue their families from the financial ruin of major medical bills isn’t the very definition of our spiritual service of worship and of grace and mercy, I don’t know what is. 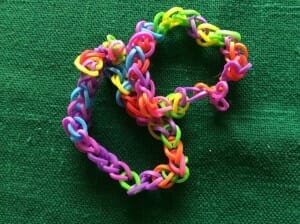 I fished in my wallet. “I’m not sure I have any quarters,” I hedged. I was still trying to get out of it. Some people have thick armor. What would I do with hot pink multicolored elastic links anyway?

One sweet girl delivered the final charge. “We can make change.”

Only later I heard my three angels in pink were brand new visitors to our church. Even though they had never attended before, this army of mercy had a better grip on grace than I did.

I should have bought them out.

Maybe it’s good that I didn’t. If I had, I would have deprived others the joy of worship.

The crazy thing is, I could have done it. One twenty dollar bill would have emptied their box and gave them a memory for the rest of their lives. I would never miss that twenty dollars. Even more incredulous is that twenty dollars would be a drop in the bucket for what those families need. Yet, like the widow’s mite, God could do so much more with my gift in the lives of those three little salesgirls and those families. What a faith builder it could become for a widening circle of unseen observers. Just think of what my action would do for me.

I really should have bought them out.