WITH FRESH EYES: Winner of the ECPA Christian Book Award and the Selah Award. Get your copy here.
Home / Grace on Parade / Child Sized Mercy 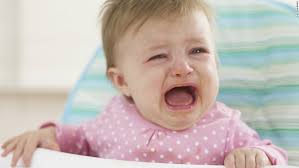 What’s your reaction to a fussy child in public?

For me, it depends. I admit, there are times I feel like a grouchy old lady, wishing for a quiet evening without that ongoing disturbance. Most of the time though, crying children don’t bother me. Kids are kids. Kids cry. Usually there is a good reason for the child’s distress. Babies and toddlers can’t control their whines and whimpers; it’s the only way they know how to communicate. I often tell parents the crying bothers them more than it bothers other people, partly because the parent is closest to the noise and because the parent is uptight about what everyone else is thinking.

I get most irked at the parents who don’t do anything about the child’s noise or who dragged the child out in public in the first place instead of doing what was best for the child. Then I remind myself that I’m being uncharitable. Families do what families have to do. It’s a busy world out there. Working parents want a break. Tired moms want a night out. How many times did I have this surreal fantasy of a happy family going out to eat as a special treat, only for it to end up in total disaster? Been there, done that too many times.

As I’ve worked on research for my ongoing online bible study on the Sermon on the Mount, puzzling over words like meekness, gentleness, and mercy, God used crying children to paint me a picture of gentleness. On a recent vacation, my husband and I had the privilege or misfortune—whichever perspective you want—to sit next to a table with crying children two meals in a row. The first child wailed piteously, non-stop. I never witnessed mom say or do anything to alleviate the child’s obvious distress.

“There’s a child who just wants to go to bed,” I sotto voce’d to my husband. Later, he told me, “I wanted to tell that dad to pick her up and cuddle her.” It tore at our hearts.

Instead, dad repeatedly said, “Stop.” “Stop that.” The child ignored him. Of course she did. She couldn’t help it. There must have been more to the story. As they got ready to go, the child trotted aimlessly around the dining room. Although it was a cold rainy night outside, she was wearing training pants over a diaper and a hooded sweater. That was all. Okay, Karen, be compassionate. Maybe the child soiled her pants, mom forgot to bring the diaper bag, and the child was cold. Bad night. Bad, bad night.

The next afternoon, on our way home, we stopped at our favorite coffee dive in Hannibal, Missouri. We ordered soup and sandwiches, and headed for a table. Same song, second verse. This time there were two of them. Not again, I thought. 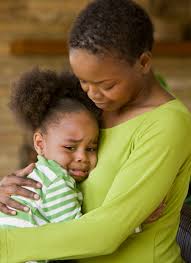 Here’s where I wish I was sharing a video with you rather than writing this out. I wish you could hear the voice inflection of what I heard next. The mom said to no one in particular. “Uh-oh, we’ve hit our limit. It’s nap time.” No hostility. Just matter of fact. Even a bit chipper. She immediately started to clear the table. The children continued to fuss.

Her next words warmed my heart. “Aww, come on guys.” Compassionate. Encouraging. The children actually quieted. Within five minutes they were gone, off to their pillows and blankies, I’m sure.

A picture of gentleness.

This woman caricatured what Paul must have had in mind when he said to his Thessalonian flock, “we were gentle among you, like a mother caring for her little children (1 Thessalonians 2:7). Paul goes on to say, “we loved you so much that we were delighted to share with you not only the gospel of God but our lives as well because you had become so dear to us.”

Little children get whiny, tired, and cold. Little children don’t have the backpack of words to express their needs or the moral filters to control their behavior. They don’t have the mental or emotional capacity to process a world that moves too fast for their short legs. So they act out. Or cry.

Adults can be that way too. Sometimes certain people in my life don’t have the energy to express their needs as I would like. They do it in ways that are inconvenient, distracting, and sometimes downright annoying. Like that harried father, bound by rules and expectations, I want to glower and say, “Oh just stop it.”

Jesus calls me to be merciful, meek and gentle. If I’m to imitate Jesus’ brand of gentleness, I’ll look beyond the irritating behavior to the need. In mercy, I’ll do what I can to alleviate the distress. As Dottie Rambo wrote back in the 70’s, I’ll be like Jesus who “looked beyond my faults and saw my needs.” When I run out of options, I’ll at least show compassion and encouragement. When others don’t move as fast in their faith or get discouraged at the tough times, instead of wishing they’d grow up and trust Jesus better, I’ll utter some form of “Aww, come on guys.”

Hannibal, Missouri mom, you’re a good mom. Once you got those precious babies in their beds, I hope you fixed yourself a steaming cup of coffee with a dollop of whipped cream and a sprinkle of cinnamon.

How do you react to a crying child?