WITH FRESH EYES: Winner of the ECPA Christian Book Award and the Selah Award. Get your copy here.
Home / Grace on Parade / Christianity: Mismanaging Our Message 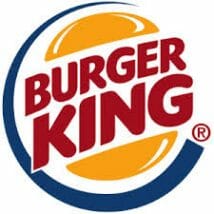 During the ’80’s and ’90’s, Burger King was my husband’s and my favorite fast food restaurant.  We could always count  on the same quality char-grilled taste that, in our humble opinion, was much tastier and better for us than their competitive counter-part, ahem, McDonalds.  We liked the fact that the choices were limited and they didn’t go messing with their menu.  A Whopper was a Whopper was a Whopper. For my smaller appetite, the Whopper Junior was just the right size. Unlike McDonald’s Big Mac or Quarter Pounder, the Whopper came loaded with tomato, lettuce, pickle and onion – the way a hamburger ought to be. I love lettuce and tomato on my hamburger and I never could get it straight which McDonald’s hamburger I was supposed to order.

We were delighted when Burger King announced it was serving Seattle’s Best Coffee.  No messing around with our coffee either.  We knew what we were getting. That’s the way we wanted it.

But we don’t go to Burger King anymore.  Yes, Burger King still serves the Whopper and it is still char-grilled.  But it isn’t the same. Moreover, bad experiences at Burger Kings in three different states left us hesitant to be burned again.  One Burger King in Indiana, its trash cans overflowing to the floors, took twenty minutes to brew coffee. You mean you don’t have any made?  Another in North Carolina redefined the meaning of fast food.  The coffee was cold at one local BK and another local served a limited time special chicken sandwich that was so stale and pasty, I threw most of it away. We’ve observed that while Burger King has some great marketing advantages over Mcdonalds – keep it simple and be known for what you do best – mismanagement and lack of quality control at the local level has ruined its reputation. It’s not just what you do but how you do it that makes the big impression.

Sadly, this reminds me of Christianity.  The core message is still the same: because of his love for mankind, Jesus, the Son of God came to earth to rescue people from the clutches of guilt and sin and by his atoning death and resurrected life, offers us the hope of eternity.  Yet, over the centuries the very sin from which Jesus came to save us, crept into the package deal. Mismanagement of the message left believers and unbelievers alike confused and hesitant to get burned again.

Ministries that promote creation have a marvelous opportunity to refute evolution. It’s so exciting to read how scientific findings leave no doubt that the earth had to have been created by a Divine Force.  Just think about water.  It is perfectly made.  It is versatile.  It is stable. This one substance that makes up so much of our earth and our bodies is at just the right temperature for each situation.  Only a divine, benevolent Creator could have brought that water into being.

Yet to my dismay, too often the evolution/creation argument deteriorates into a debate about the age of the earth.  Soon, Christians are not standing together in promoting truth; instead, are fighting against each other. I quietly lean toward a young earth position in the creation debate.  Yet, I am dismayed at the militant tone many young earth creationists take.  So dogmatic that they are right, they don’t take time to give clear articulate answers to those who see a conflict between the Biblical and geographical records. After the Bill Nye/Ken Ham debate, in explaining that our job as Christians is to persuade others to become Christ followers, one minister commented on Facebook, “Thanks Ken Ham for making my job so much more difficult.”

What saddens me even more are the stories I hear from global workers as they try to present Christianity in areas where the orthodox church has reigned for centuries.  The local people view the church as nothing but a bunch of empty rituals and corrupted leaders.  When a believer approaches them with the message of Christianity, they point toward the church and say, “If you mean that brand of Christianity, forget it.”  Our job has suddenly become so much more difficult. How do you begin to explain that the basic message of Christianity has not changed and is still something wonderful?

Because, at its core, Christianity is still a good thing. Tweet this.  A great thing.  The only way.

Yes, Christians are sinners too.  Forgiven sinners, but still sinners.  Yet, if our goal is to demonstrate the grace of God to those around us, it’s a good idea to look at our lives and ask, “Am I guilty of mismanaging the faith?  How is my church handling the quality control of the basic core message? Is my failure to live the life Christ has called me to live getting in the way of someone’s acceptance of Jesus as their Savior?  Is my church making it more difficult for people to believe and approach the cross of Christ?”

“Be wise in the way you act toward outsiders; make the most of every opportunity.  Let your conversation always be full of grace, seasoned with salt so you may know how to answer everyone.” – Colossians 4:5,6