WITH FRESH EYES: Winner of the ECPA Christian Book Award and the Selah Award. Get your copy here.
Home / Grace on Parade / Thankfulness in Everything?

Ephesians 5:20 says, ” . . .always thanking God the Father for everything in the name of our Lord Jesus Christ.” 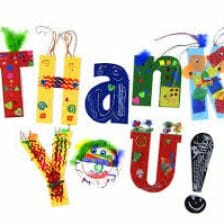 I wonder how my day would turn out if I literally did this. I wonder what would happen if I thanked God for EVERYTHING – the inconveniences, the pain, the obstacles.the problems.

My friend Carol celebrates Thanksgiving all year long. Each day, on Facebook, she posts something that she is thankful for that day. I had to smile at a recent entry. It was all too obvious what had happened: “Thankful to God for every clean load of laundry our washer has given us.” Her next post confirmed my suspicions: “And on that note, if anyone has a lead on a free or cheap washer, we could use one.” Her attitude humbles me!

There are times that, try as I might, I cannot find anything GOOD to thank God for. So that leaves me with the unpleasant, the inconvenient and sometimes, the downright nasty. Surely God doesn’t expect me to be thankful for that?

But the verse reads, ” . . .always thanking God the Father FOR everything.”
God tells me to give thanks for everything. My perspective and opinion about the matter is irrelevant. I need to be obedient regardless.

“Thank you God for the cold weather.”

“Thank you God for the arthritis in my hands.”

“Thank you God for the grouchy people in my life.”

“Thank you God that our children’s afternoon program was cancelled – AGAIN!”

It doesn’t roll off the tongue so easily. Why would God possibly expect me to thank him for things that from my perspective seem like bad, unpleasant things and can’t possibly be part of His will? Maybe He meant I should thank Him for the good embedded in the bad. Perhaps He meant to thank Him for the way He is still in control and that He will make redemptive use out of the bad. Maybe . . . .
Maybe I just need to be thankful without trying to figure it out. Maybe I don’t have to understand. My very human, imperfect brain would probably still have it skewed. The truth is, there are times I don’t know what God is doing, I don’t have an idea of the bigger picture, and I don’t have a clue as to why whatever God is doing is the best solution. My brain and my body at that moment might be too tired to see the good and the God in my situation. After all, don’t I belong to and serve a good, kind, merciful God who has told me that if He is for me, nothing will be against me?

That’s where faith comes in. Thankfulness without questioning is an expression of faith in God that He is not going to let anything destroy me because of His great love for me. Instead of trying to determine the God-angle, maybe it’s best if I just say “thanks.” Period. Trying to figure out how to be thankful is trying to see what God is up to, and the Bible tells me we walk by faith, not by sight. As I said, the problem in perspective is most likely mine and if I give myself a few days for my tired, overworked brain to clear out the cobwebs, maybe His intentions will be more clear. In the meantime, I need to just nestle in His arms, and says, “Thanks, Abba Father, for taking care of me.”

So, what would happen if I took one day to thank God for everything? The good, the bad, the ugly. Simply thanking Him even when things go wrong, admitting I don’t have the answer but I bet He does and I trust Him so much, I’ll leave it to Him to figure out the how and why and I’ll let Him be in charge.

It sounds scary. What if God tests my resolve and REALLY bad things happen that day? Maybe I don’t want to make that commitment because I might then have a really horrible day and I would have to say “Thank you God” anyway because I made this promise to all of cyberspace.

But then I wouldn’t be obedient to the Word.

I forgot to include Carol’s final tag on her thanks-living post – thankful that God has promised to provide our needs. Now that’s prophetic thankfulness – and faith.

I’m going to do it. For one day, I’ll tell God thank you for everything. And I’ll thank Him for His promises – that He is my shield to protect me, my Manna to provide for me, my Sword to empower me. He knows what He is doing, I am a small piece of His overall puzzle and He’s got this World firmly clutched in His humongous, capable hands. I’ll stop pondering, questioning, angling and analyzing – and simply say, “thank you.”

I’ll let you know how it goes. Want to join me?

There are times I can’t find anything good to thank God for. Should I? Tweet this.