WITH FRESH EYES: Winner of the ECPA Christian Book Award and the Selah Award. Get your copy here.
Home / Grace on Parade / Cletis Bagby: Listening Wins Him The Caught Being Good Award

Have you met my friend, Cletis?

Probably not. Cletis was one of those people it was easy to overlook. If you noticed him at all at first, it wouldn’t be for impressionable reasons. Even his name—Cletis Bagby – seemed odd and out of step with the rest of the world. We called him Baggie. He laughed with us but I wonder if it hurt. 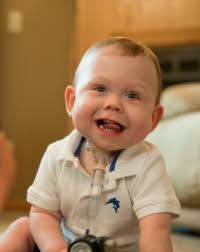 Cletis wore thick glasses and a thicker beard. Both his gait and speech were sluggish. Once we got to know him, we found out why. At age six, Cletis underwent surgery for a routine tonsillectomy, but in the middle of his surgery, his heart stopped. Doctors brought him back and in the process of recovery, they had to cut a hole in his throat to insert a tracheostomy tube. The cascading problems caused Cletis to have mild symptoms of cerebral palsy. Thus the impact on his vision, walking, and speech.

Once, while walking to catch a bus home from his job of shelving books at the downtown public library, Cletis was stopped by a policeman who read him the riot act for being drunk. Cletis quickly explained that he had cerebral palsy and the policeman backed down, but the misunderstanding left an indelible scar on Cletis’ soul. He was different.

Cletis was my husband’s roommate when I first met Jack. Because Cletis didn’t drive and had few friends, Cletis was always there when Jack and I came in to his apartment from one of our dates. We got to know the deeper side of Cletis. He was a kind, compassionate, patient, humble person with a droll sense of humor. He was the best of faithful friends. I guess because of his own limits, he was accepting of everyone the way they were. He challenged me in his quiet probing way to go deeper, think deeper, and have the courage to try no matter what. He didn’t need the seminary classes in theories of counseling in which he struggled. He was a born counselor.

His greatest trait shined like polished silver the day after we found out our two week old baby needed eye surgery. Becoming a good listener takes work, a skill few people seem willing to cultivate. I’m convinced some people are gifted with listening; it’s a gift as much as artistry, writing, athletic ability or being a whiz at math. Cletis had the gift of listening.

The Worst Day Of My Life

I look back on the day of Christine’s diagnosis as one of the most difficult days of my life. Not only did we learn she had the same eye disorder I did and would need surgery within a week, it was one of those days where everything else went wrong. My husband’s ride to work fell through so my mom who was there to help with the newborn baby couldn’t use our car to drive us to the doctor’s office. Once the ophthalmologist diagnosed Christine, he immediately arranged for us to see a pediatric surgeon at Children’s Hospital. “Go right away. They are waiting for you,” his receptionist told us. We had to beg a fellow patient, a stranger, for a ride.

After an initial 10 A.M. appointment, we didn’t leave the medical complex until 3 P.M. and my mother was supposed to catch a plane in just a couple of hours. A church member came to pick us up but her car died en route home. All the while, I grappled with the fact that my baby was visually impaired. Friends invited us to spend the evening with them. Years later they tell how we sat like zombies on their couch while our older daughter and their two sons wreaked havoc in front of us.

What I Needed Most

The next day was quiet. My mother made it home. Jack was at work. The babies slept lots. A knock sounded at my door. It was Cletis. He had walked a mile to our house.

When I opened the door, he was leaning against the porch railing. He said one sentence. “I came to listen.”

I’m usually the person who listens to others. I have trouble talking about myself. Besides, what was there to say? Christine’s going to have surgery. After a little floundering, my tongue picked up speed. I talked about the day before and the upcoming surgery. I talked about my concerns for my daughter. If anyone knew what she would face, it would be me. I talked about my anxiety over being a good mom to a handicapped child. Yes, I knew what it would be like, but I also knew what there was to fear.

Cletis said not a word.

I talked. I cried. I talked some more. After forty-five minutes, I ran out of steam. We sat in silence for a few minutes. Finally I said, “Well I guess that’s it.” 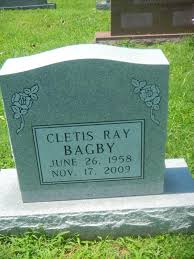 “Okay,” he said. He got up and let himself out the door. Meanwhile, I sat enveloped in peace, basking in the rich gift I had just received—the gift of a listening ear. One week later, Cletis took the bus to the hospital where we were gathered to wait during Christine’s surgery. He sat quietly, again not saying anything. But he was with us, and that’s all we needed.

Ultimately, Cletis got a job at Children’s Hospital as a currier. He moved slowly, but he was faithful, always there, always punctual. His gentle, loyal, patient spirit did not go unnoticed. And so when Cletis didn’t show up for work the second day in a row, his supervisor became concerned. She called the police who broke into Cletis’ apartment, only to find him dead from Avian flu.

Seven years too late, Cletis gets my “Caught Being Good” award for being a good listener. It might seem odd to you that he didn’t say anything to me that crucial day, the day after I learned of my daughter’s visual disorder. He didn’t need to. He gave me permission to talk without interruption or judgement. He just listened. And that was enough.

Previous Post: « Psalm 8: Mankind’s Place In the World
Next Post: Psalm 7: How To Deal With Someone Out To Harass You »