WITH FRESH EYES: Winner of the ECPA Christian Book Award and the Selah Award. Get your copy here.
Home / Bible Study / Psalm 7: How To Deal With Someone Out To Harass You 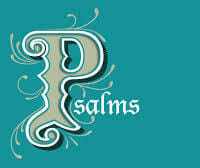 Is there someone in your life that seems to make a point of not getting along with you? Have you ever encountered someone intent to bring you down—spiritually, emotionally, or in your reputation? Are you being harassed, bullied, or smeared? If so, do you have any idea why this person has targeted you?

David had someone in his life who was “out to get him.”

The Bible does not mention this Cush, a Benjaminite, anywhere else in the Bible. Yet we know David had plenty of other enemies, most of all King Saul. There was also Doeg, Saul’s chief Shepherd, who in the name of the king, was ready to bring down David (1 Samuel 21:7, 22-9-18). David’s own son Absalom, was ready to sacrifice his father on the altar of his lust for power.

1. In verse 1, what is David’s solution when faced with people who actively pursue him to bring him down? What lesson can you learn in dealing with people who want to trip you up for your faith?

2. In verses 3-5, David admits that he may be part of the problem. Have you seen broken relationships where people have made their own mess? How have you been responsible for fueling the hostility between you and another? What advice does Scripture give? Romans 12:18-21, Matthew 5:44, 1 Peter 3:9-17. 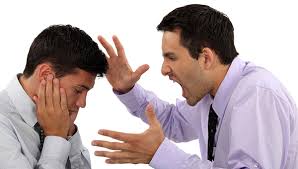 3. Christians will be attacked for their righteousness. According to Matthew 5:11,12, what should be our attitude?

4. What is David’s prayer for wicked people in verses 6-9? Is David out of line to pray this prayer? Read verses 10-16. Think of some of the other passages we have read in Psalms that tell God’s plans for the wicked. When evil people attempt to harm us, bait us to react, or seek revenge for our righteous way of life, what does God intend to do to such wicked people?

5. David has wrestled with his reactions to wicked people out to harm him personally. Read verse 17. What is David’s final decision on the matter? How can David do this?

Watch our reactions that we don’t repay evil with evil.
As much as it depends on us, be at peace with the other person.
Pray for those who seek to bring us down.
Keep doing what is right.
Seek refuge in God. Fix our focus on what He does right rather than on what others do wrong.

Which of these principles from Psalm 7 and other Scriptures can you apply to your difficult person this week?

Previous Post: « Cletis Bagby: Listening Wins Him The Caught Being Good Award
Next Post: Physical Limitations: How To Make Your Church User Friendly »