WITH FRESH EYES: Winner of the ECPA Christian Book Award and the Selah Award. Get your copy here.
Home / Grace on Parade / Creation: Young Earth, Old Earth, Or Does It Matter

Did creation happen in seven days? Scripture says so. 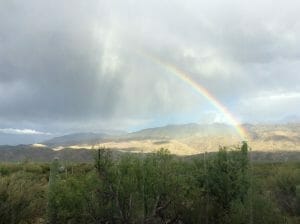 There’s a group of scientists who take issue with the concept of a 24-hour day creation. How could the earth possibly have been created in seven days? Carbon dating will tell you the earth is much older than that. Who is right? Yet we’re talking about God. God can do anything He wants, right? Is there a problem with that?

Several years ago, a national Christian magazine gave me the assignment to write about creationism and resources available to those seeking information. To my great surprise, each of my interviews quickly digressed from the general topic of a divine creation to the controversy of a young earth vs. an older earth. Years after I wrote the article, I find myself still mulling over the controversy and the interactions I had. Who was right? Who was not? Does it matter? When creationists are already at odds with the scientific community, why bring up something that causes more dissention? I found I could not agree with those who propose a young earth schematic to creation.

I accept a literal seven day creation. Here’s why.

Let it be.The creation account is very precise. God said, “Let Us do such and such.” And it was so. God spoke. It happened.

Older earth proponents might argue that God’s command set in motion the plan for that part of creation. I don’t see that delayed responses to God’s directions in the rest of Scripture. Healing was always instant. Jesus said. Be healed. The person immediately got up and walked.

Older earth people contest the meaning of the word “day.’ Scripture doesn’t say it was a 24 hour period. Yet Genesis 1 says over and over, “There was evening and morning.” It sets the parameters of the time frame.

A complex creation. Too much of creation had to work together for it to happen over a period of time. According to Lee Strobel in his video, A Case For Creation, the dynamics of a human cell are so complicated, too much has to be in place all at one time. If that is true of a human cell, would it not also be true for plant life, ocean tides, the placement of the stars and the rotation of the earth around the sun?

What’s a miracle anyway? A miracle defies the natural order of things so

that it is definite that it happened through divine intervention. Those who have trouble with a seven day creation argue that God is being deceptive when he created something in one day that looks millions of years old. If you are going to use that argument, you must also consider than no one person could have created all of the complexity of creation. Any human project takes more than one person. Even Michelangelo had a team of people helping him paint the Sistine Chapel and it still took four years.

We forget that we are talking about God. God can do anything instantaneously all by Himself. That’s what makes Him God. Humans are the ones hung up on the time frames and how old things look.

The question I want to ask older earth creationists is this: Do you believe God has the power to create something all at once? No, no, don’t digress. Don’t say, “But, but, but it looks like . . .” Yes or no. Does God have the power or not to create it all at one time? If God could cause a woman to have a baby without natural insemination, couldn’t He also create a world in seven days that looks like it took thousands of years to create?

What is my issue with the young earth position?

Did I write in error when I said I don’t agree with young earth creationists? If I believe in a seven day creation, why do I have issues with those who support a young earth?

God cannot be pigeon-holed. Those who support a young earth viewpoint often use that as a launching pad for a belief structure that neatly predicts the time expanse of the earth’s existence. They’ve got it all figured out. Seven days for creation. Seven one thousand year sections of history. One millennial reign for Jesus. Since we’re near the seven thousand mark, Jesus must be returning soon. Very soon. Boom. We’re done. There’s only one way God could have done it and this is it.
God does not work like that. Scripture says a day is like a thousand years to God. He is not bound by time. Aslan is a wild lion, said C.S. Lewis, and our God is not be tamed or straight-jacketed by man.

The pride of being right. When I did my research for the article, I was particularly surprised by the reception I received by those I interviewed. The young earth proponents were militant, confident and annoyed that I was talking to those who didn’t believe as they did. They were suspicious of my motives and critical of my final article. The older earth people on the other hand were gracious, helpful, and cooperative. I spoke to high level scientists who patiently spent hours on the phone with me. I heard far more often from them words like, “We don’t know,” or “There’s so much more to learn.” I didn’t catch that line of humility from the other side. 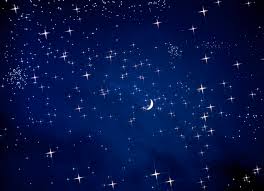 I don’t know. As Billy Graham once said about his search for evidence that the Bible is true, each of us must search out the evidence, then come to a crossroads. Do we accept the Biblical account on faith or don’t we? I don’t know all the answers. There is much I don’t understand. I am not a scientist by any means. Neither am I a Bible scholar. While the Bible is clear about morning and evening, the sun, moon, and other details of the universe were created on the fourth day. The rising and setting of the sun denote the 24 hour rotation of the earth. Does that mean that time did not necessarily exist before the fourth day?

Does it matter? To some people it does. However, I fear that the whole young earth argument has distracted us from the main fact that God set forth in the very first words of Scripture: “God created the heavens and the earth.”

Think of all that is involved in making a sunset. Light, clouds, vapor, sun, color. God created the human eye to take it all in. Now think of how a sunset changes. Second by second, it creates a thousand pictures a night. Each change in the color intensity involves an entire set change, movement of the colors, adaptation of our eyes’ reaction to light. And someone else not even a mile away is seeing an entirely different light show. This is not just a movie or video camera, folks. Real stuff, monumental stuff, massive energy stuff is happening. That’s how powerful, creative and complex the God of creation is.

Let’s not get lost in a picky argument of how long creation took.

Let’s enjoy, celebrate and stand in awe of the One who did it all and who could do it as fast or as slow as He saw necessary.

Previous Post: « Valentines Day Rematch: 5 Ways To Love Your True Love
Next Post: Family of God: Church Should Be A Place To Call Home »