WITH FRESH EYES: Winner of the ECPA Christian Book Award and the Selah Award. Get your copy here.
Home / Grace on Parade / Downton Abbey: The Blessing of Accepting Who You Are….Gracefully 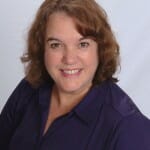 Check out Rebecca’s debut release, Breathing on Her Own, available March 25, 2014 through Amazon.com, your local bookstore, or by visiting lighthousepublishingofthecarolinas.com.

I recently took one of those silly on-line quizzes to find out which Downton Abbey character I would be if I were living in that era. Silly, because the quiz asked questions such as “Which color do you prefer?” Easy. Which animal do I like? No problem. Which gift card would I like to receive? Piece of cake.

Some of the questions were a bit harder for me. For example, the quiz put up pictures and titles of movies and music albums and asked me to select my favorite for each of those categories. I hadn’t heard of most of them. And there was the question about which adult drink I preferred. Since water wasn’t a choice and I don’t drink alcoholic beverages, I picked one that looked pretty.

Obviously, the quiz is not based on sound scientific research principles. I knew enough about research to know I shouldn’t trust the results. But there it was. Only a few clicks away I discovered I was not Lady Mary –a character whose quiet ways I admire, but rather, Daisy Mason, scullery maid turned assistant cook.

I was devastated. I envisioned myself living in the main house with an elegant room upstairs. Instead, I was destined to do what I’ve done for most of my life: get up early, cook for my family, clean up the kitchen, work hard, and try to do what I’m told to do.

Others taking the test were reporting their results on social media. Hmm…better to act as if I didn’t take the quiz than to admit to my lowly state, right?

I was silent. Then I watched the final episode of Downton Abbey for the season and the verses from Proverbs 31 came to mind. I opened my Bible. This description of a wife of noble character says “She gets up while it is still night; she provides food for her family…” (v.15) and “She sets about her work vigorously…” (v.17) “She opens her arms to the poor and extends her hands to the needy.”(v. 20) “She watches over the affairs of her household and does not eat the bread of idleness. (v. 27)

“Her children arise and call her blessed; her husband also, and he praises her: ‘Many women do noble things, but you surpass them all. Charm is deceptive, and beauty is fleeting; but a woman who fears the Lord is to be praised.”

Maybe Daisy isn’t such a bad choice for me. I would like to be known for having a servant’s heart. I work hard and I try to be obedient to God. Daisy? I may not know much about music and movies, but I know I prefer coffee and cookies over tea and crumpets. Chocolate chip cookies to be exact…maybe I’ll head back to the kitchen… I guess it worked out after all.

Here’s a sneak preview of Rebecca’s new book, Breathing On Her Own.

Molly Tipton and her husband are looking forward to retirement but Molly’s life suddenly spirals out of control when her oldest daughter is involved in a terrible accident. An icy road and a sharp turn leave one woman dead, another clinging to life. While two families grieve, details emerge that reveal Molly’s daughter was driving under the influence. As she prepares her daughter for the prospect of a vehicular homicide lawsuit, Molly discovers her oldest child is not the only one injured and under attack for past mistakes. If it is true time heals all wounds, what are we to do with our scars?