You are here: Home / Grace on Parade / Powerful Moments From The Son of God

My husband and I went with another couple last weekend to see the movie, “The Son of God.”  Wow! Roma Downey and her team used the finest resources of cinematography to turn the Word into picture, images I will remember and treasure. If you haven’t seen the movie, I don’t think I’m spoiling it by sharing some of the movie’s finer moments. 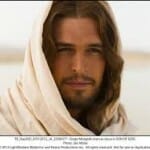 Powerful moments in the movie, “The Son of God:”

Why haven’t I mentioned images from the crucifixion and resurrection?  For me, there weren’t any.  In my next post, I’ll explain why.

What were the most profound images in “The Son Of God” for you?