WITH FRESH EYES: Winner of the ECPA Christian Book Award and the Selah Award. Get your copy here.
Home / Grace on Parade / Elder Orphan Care: Changing Lives, Not Channels

Kim Jackson is one of my favorite global mission workers. Kim serves as a stateside liason for an organization called Elder Orphan Care that serves homeless elderly folk in Romania. When you hear Kim talk, it doesn’t take long to catch Kim’s enthusiasm and passion for “the least of these” who need God’s tender touch. Talk about reflecting God’s grace! Kim and her partners, Viorel and Florica Pasca serve as the hands and feet of Jesus to a section of society one government worker described as “the garbage.”

Viorel and Florica Pasca were watching television. They had no idea how their lives were about to change.

One evening nine years ago this couple was watching the news in the small village of Dumbrava, Romania, when a report aired about two homeless elderly who had frozen to death on the streets of the nearest city.

At that point they had choices: change the channel; turn off the TV; or say, “How awful! Someone should do something about that.” 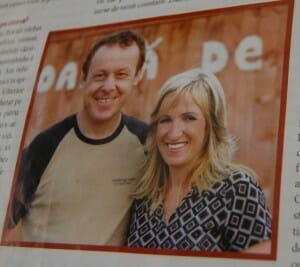 Viorel and Florica made a much different choice. Motivated by the admonition found in James 1:27 to “look after widows and orphans in their distress,” they drove to the city to find more homeless elderly. Viorel said, “It’s not OK to have empty rooms when others die on the street.”

Since that day in 2006, over 500 elderly and frail have been given free shelter, food, medical care, and best of all, God’s love. Their stories are unique but they have one thing in common: they wouldn’t have a home were it not for God’s grace embodied in Viorel and Florica.

Today this couple is well known by paramedics, police officers, and social workers as Christians who receive any person who needs a home, regardless of their past, their resources, their age, their health, or their nationality. 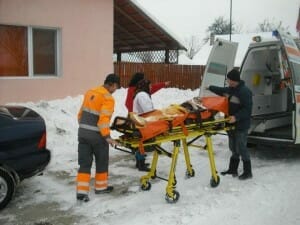 In January of 2015 alone, twenty more in need of care were brought to them. Six came in one week. Viorel describes them: “Two men from Arad were brought with amputations of their feet from frostbite, a woman who was tired of suffering, loneliness and deprivation who tried to kill herself and then was found unconscious and in a state of hypothermia; two having had surgery recently and no where to go, and one who is an alcoholic.”

Viorel and Florica could have turned them away, using any number of excuses: we have too many already, we don’t have the resources to take on more, some of them have children, they should care for them, some of them made poor choices, they deserve to be homeless.

Instead, they welcomed them and began caring for their needs. Viorel says,
“But in all, the joy of being useful and knowing God’s ‘job well done’ goes far beyond the challenges and problems we face. We feel privileged in what we do. We are blessed to be a blessing.”

Viorel and Florica have been told, “You invest too much in people who have no future, who deserve their fate, who don’t even know what’s going on. Their lives are worthless.” A government worker said, “You get the garbage. All the trash is sent to you.”

Meet Georgeta, who was given a bed in a room with three other women. When she was given shelter, something magnificent happened. She heard about Jesus, and she asked him into her heart! At age 70, Georgeta became a child of God. Because she received a home on earth she has the promise of a Heavenly home!

If you were to visit Georgeta today, she would take you by the hand and quickly lead you to the wall by her bed where her baptismal certificate is displayed. “I was dressed in white,” she will say, “ and the pastor lowered me into the water…”

Like Georgeta, hundreds of elderly in Romania have been transformed by God’s grace because Viorel and Florica chose not to change the channel that providential evening.

Hundreds of elderly in Romania have been transformed by God’s grace.

Kim Jackson is an advocate for Elder Orphan Care, which seeks to identify and meet the needs of at-risk elderly in Romania by partnering with existing ministries serving the aged. EOC helps in a variety of ways, including building relationships, networking with senior-serving organizations stateside, distributing eyewear using an I-See Sight Enhancement Kit, and by raising funds, delivering resources, Christmas Boxes of Hope, winter wear, and medical equipment. Kim begins her 5th year with EOC in March and says, “I can’t imagine doing anything else with the precious life God has given me.”

To find out more about EOC and discover the many ways people all over the U.S. are getting involved, follow Elder Orphan Care on facebook and visit www.elderorphancare.com. Kim would enjoy hearing from you at kimagine320@gmail.com