WITH FRESH EYES: Winner of the ECPA Christian Book Award and the Selah Award. Get your copy here.
Home / Bible Study / Peter’s Walk On the Wild Side

What ever was the Apostle Peter thinking when he stepped out of that boat? 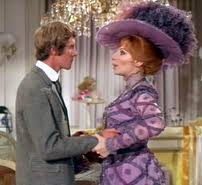 In the movie, “Hello Dolly,” a conniving matchmaker maven, Dolly Levi, attempts (and succeeds) at rounding up four couples to dine at the Harmonia Gardens. Part of her plan is to hook up Horace Vandergelder’s chief clerk, Cornelius Hackl, with Vandergelder’s current beau, Irene Malloy. One small detail. Cornelius and the other clerk, Barnaby Tucker, don’t know how to dance. So, but of course, Dolly teaches them. Cornelius is ecstatic at his first few stiff jointed steps. “I’m dancing!” he exclaims to everyone in the shop. Then he promptly bashes backwards into a chair.

Unlike Cornelius, who had to be coerced to take dancing lessons, Peter engaged his enthusiasm before his brain. It had been a hard night. The apostles had just seen Jesus do His ultimate miracle – feeding 5000 families with five loaves and two fish. Then, contrary to their messianic expectations, Jesus commanded the apostles to get in a boat and leave, dismissed the crowd who wanted to make Him King, and disappeared to pray. Somewhere between three and six a.m., he walked on the water toward a weary, emotionally exhausted, and terrified group of disciples.

Not Peter. He had to test the waters, no pun intended. He needed to make sure it was Jesus. So he threw down the gauntlet. He asked a question that would guarantee Jesus’ verbal response. “Lord, if it’s You, tell me to come to you.” And Jesus said yes. It was His voice! So Peter climbed over the edge of the boat and . . . .

I can hear it. I can just hear the voice of Cornelius Hackl. “I’m walking. I’m walking.” I can see Peter holding his arms out in the same crooked way, taking step after step. In the thrill of the moment, his head swiveled, maybe to look back at the other apostles crouched terrified in the boat. “See? Toldcha it was Him.” But a large wave cut off his side vision. The boat rocked and the solid water beneath his feet swayed just like a stormy sea would. Peter saw the force of the wind and the rolling waves, and got a case of the willies. The water lost its resiliency and Peter’s body shot down into the murky deep.

Then he did a very sensible thing. He cried out, “Lord, save me!” Chiding him for his little faith, Jesus caught Peter, they got back to the boat, and the wind settled – just like that.

I used to think Jesus was hard on Peter. Give him a break. After all, the dude did try. That’s more than the other disciples did. And when he went down, instead of giving up totally or trying to save himself, he did call out to Jesus. He knew who was capable of saving him.

That’s the whole point of this story. The one who made it possible for Peter to walk on the water in the first place had not changed. He was still God’s Son. He still had the authority to do whatever. Come on, Peter. If you could walk on water in the first place, you could walk on a rolling sea. The same Jesus who solidified the seas can keep that wave from hitting you and could protect you from the force of the wind. Absolutely no reason to be afraid. Nothing could or would harm him. Nothing. Jesus was there.

Have you known children who at age twelve would volunteer for anything, truly believing that they could do whatever they were asked to do, clueless about any difficulties and confident, utterly confident, that they could handle whatever came along? How many of us have jumped into a new venture – a college degree program, a fitness regimen, a (drat! Now I’m getting personal) book writing project, teaching a Sunday School class, a friendship evangelism connection – and we hit the wall midstream? It’s like the backstretch of the 440 yard dash. You’re tired, your muscles cramp, others are passing you by, and this race is way too long. You want to sink and say, “I can’t do this.”

The obstacles loom and we become afraid. Afraid of drowning in our defeat. Afraid we’re in over our heads. Afraid that maybe we heard that voice wrong and it wasn’t Jesus speaking to us in the first place. Thinking we were foolish to try at all.

The same God who calls you to do His bidding will also provide you the resources you need.

The same Jesus who helped you take that initial sweet step of success is also available and powerful enough to help you maneuver through the hurdles and land mines you’ll face in the middle of your mission.

He hasn’t changed. He’s still there. Jesus still wants you to succeed.

“I can do everything through him who gives me strength.”

“It is God who works in you to will and to act according to his good purpose.”

Or, as the ageless hymn, Amazing Grace, says,

“Twas grace that brought me safe thus far/And grace will lead me home.”

Reach out. Grab His hand. Go the distance. Jesus is holding His hand out to you.