WITH FRESH EYES: Winner of the ECPA Christian Book Award and the Selah Award. Get your copy here.
Home / Grace on Parade / Ben Alexander: Exposing The Occult

Want to meet an authentic Christian who lives what he believes?

Many in our world criticize Christians for being hypocrites. They accuse us of  preaching one thing then living  another. Those same people, desperate to fill the void in their lives, will chase after facsimiles of faith, counterfeits of Christianity, attempting to find something that will satisfy their spirit. They’ll search in all the wrong places—cults, the occult, Eastern religions, Wicca or B’hai. Yet an honest search of any of these alternate religions lead to almost laughable conclusions.

Take the occult for example. Isn’t it easier to trust in a living God to get guidance for your life and have peace about your future instead of speaking to dead or non-existent spirits? People often see the occult as just a fantasy, an entertainment, never realizing they are playing right into Satan’s hand and dabbling in the dark side where save for the power and authority of the Almighty God, anyone has every right to be terrified of what’s out there.

Ben Alexander, founder of ESP (Exposing Satan’s Power) Ministries, should know. Ben, a former spiritist/medium, gave up the seances to claim Christ as his Lord and now shares about the realities of witchcraft, séances, and the occult. It’s real. It’s dangerous. It’s playing with fire, and you will get trapped and burned. As Ben says on his website, Satan uses many tools to lure unsuspecting souls into his den of demons.

For over forty years, he has spoken all over the world. His message is both compelling and convicting. He has a powerful message worth listening to.

I thought I could preempt Ben Alexander. 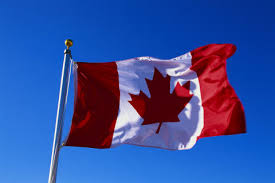 It was 1984 and I was 24 years old. I had spent a summer in Ottawa, Canada as a mission intern, working with two small multi-cultural churches to establish Sunday School programs and conduct discipleship training. Part of my internship experience was to raise support and report back to  my supporters.

I was enthralled with myself. All through my childhood, I had sat spellbound whenever a missionary came to our church and showed what others thought were boring slide shows. Now it was my turn to travel back to my sponsoring church and show slides of my work. I’d thought long and hard about what made for a good presentation. I wasn’t going to be one of those boring missionaries. The work in Canada was unique, and the need was great. I was going to wow my audience right onto the mission field. I was going to raise  the missions I.Q. of the local church single-handed.

Before I left, I bought a new camera. All during my stay in Canada, I took loads of pictures. I wrote the new minister—who didn’t really know me—at my home church in Tucson, Arizona, asking if I could present a slide show of my time in Canada. We arranged for me to speak the Sunday evening after I attended the National Missionary Convention held in Phoenix that year.

In his letter of acknowledgement to me, the minister even jokingly referred to me as Paulette after the apostle Paul. My head swelled. I was a real missionary.

I arrived at my home church Sunday morning only to find there was already a guest speaker for the weekend – Ben Alexander. His Sunday morning sermon was powerful and compelling. At the end of his message, he encouraged folks to come back for a final presentation that evening. No mention was made of my missions slide show. I had traveled 2000 miles and skipped a week of graduate school and nobody knew I was going to speak.

I was miffed. Hadn’t the minister agreed I was to speak that evening? I complained to several, too loudly I’m afraid, because Ben got word of my disgruntlement. He was also distressed about the mix-up. 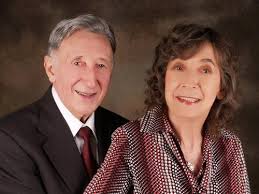 But he chose to handle it in a totally different way—a way that taught me a life-long lesson of what it meant to be a servant of Christ.

He offered to bow out so I could make my presentation. He even offered to pack up and go home that afternoon. This was said humbly and sincerely, with his hand on my shoulder.  He did not want to stand in my way.

Of all people who should have bowed out, it should have been me. Ben had a far more important message. I was just some wet behind the ears kid who thought her work in Canada was earth-shattering important. Yet it was Ben who was willing to step aside.

The minister, sheepishly admitting he had double scheduled,  stepped in. We’ll have both of you, he said. I hadn’t got the message yet—who would want to stay for two programs? I was to go first, the minister decided. I felt rushed but I stumbled through my presentation then yielded the floor to Ben. I never stopped to think of what it must have felt like for him to go last.

In powerful, no holding back words, Ben explained the nature of his work. And I felt about as small as an ant in Kansas. This great man, an international speaker who had experienced more of life than I could ever begin to read about, had been willing to step aside for me.

I hardly remember what I talked about that night. My time-beaten slides are buried somewhere in a moving box. But I still remember having my eyes opened that night about the dangers of the occult, that Satan’s power is real. I learned that we don’t need to fear it but we shouldn’t be playing around with it either if we call ourselves Christ-followers. These are truths that I have carried throughout  the rest of my life and have had opportunities to share with others—including the ladies in our current Bad Girls Bible study as we discussed King Saul’s visit to the Witch of Endor.

Ben is still hard at work, preaching, teaching, sharing the fallacies of the occult and why it is so downright dangerous. Ben must be in his 80’s but his website is chock full of information. I commend this great website to you. You will find solid information about why the occult is so dangerous for Christians to be involved in.

ESP Minstries: Great resource for confronting the occult with the love of God.

More than that, I am able to recommend Ben’s work as a valid Christian ministry because I’ve witnessed the man behind the ministry living his faith as much as he proclaims it. After all, he was willing to compromise his own presentation of his ministry and go last so a young woman could learn how to give a missions presentation.

Ben is the real deal.