WITH FRESH EYES: Winner of the ECPA Christian Book Award and the Selah Award. Get your copy here.
Home / Grace on Parade / Gnadenhutten Massacre

Raise your hand if you have ever heard of the Gnadenhutten Massacre. 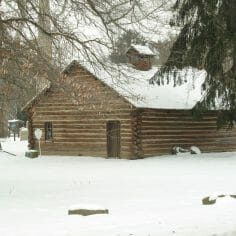 My guess is that few of you have.  Yet, this little known and often misunderstood historical event had a huge impact on American history that still influences the United State’s relationship with the native Indians.  in 1782, a pivotal and one sided battle of the Revolutionary War occurred, an event that would spark animosities between the colonists and the native Indians for over a century.

Here’s the back story.  David Zeisburger, a Moravian missionary, felt called of God to evangelize the Delaware Indians in eastern Ohio. As he converted the natives to Christ, he had a dilemma.  In order to gain a solid foothold in their newfound faith, they had to separate themselves from their tribe and their families.  So, Zeisburger established several communities along the Tuscarawas River including Gnadenhutten and Schoenbraun. The communities flourished. As Zeisburger hoped, they were a model to the other Indians of a peaceful, productive lifestyle, even more peaceful than the white settlers infiltrating the Western Reserve.  The leaders had strict rules for the communities but never turned away any visitor, always offering food and clothing to outsiders who came to observe.

It is a well known fact that both the Americans and British used the Indians on the Western Front as pawns in their fight against the other even inciting tribes to turn on each other, then blaming the carnage on the other side. Such was the case with Gnadenhutten.  The Delaware Chief became jealous of the success of the Christian villages and worked with the British to evacuate the four small Christian communities.  Nearly starving to death the winter of 1781, the Christians begged to return to their villages to retrieve food stored there.  When they reached Gnadenhutten, an American militia was waiting for them.  Trumping up charges that the Gnadenhutten Indians had killed a settler family, they lured the Indians into two cabins, one for men, one for the women and children.

All night long, the Indians sang and prayed.  The next morning, the militia clubbed them to death and set fire to the cabins.  Ninety-six Indians died; only two survived, one of those later caught and scalped.

When we think about persecution, we think it is simple and straight-lined.  In our minds, it plays out like the shooting of Cassie Bernall at Columbine High School.  The persecutor asks, “Are you a Christian?” The Christian says, “Yes.” Blamm. You’re dead.  Or worse, a slow death, like being used as torches for Caesar’s birthday party or the public execution of Joan of Arc or William Tyndale, both burned at the stake for their faith. Yet persecution can often be much more subtle.  Throughout history, Christians have been used as scapegoats and collateral in evil’s tug of war. Innocent bystanders become human tools in the hands of powerful forces striving to get what they want – more power.

At the heart of it, contrary to the history books, the Gnadenhutten Masacre is a story of Christian persecution.  Because they chose to separate themselves from their own people for the cause of Christ, this little group of Indians became a people without a people, belonging nowhere for the moment but, as Hebrews 11:16 says, they were “longing for a better country.” Later, the Hebrews writer describes such people of faith this way: “the world was not worthy of them (v. 38).”

This story inspires me so much.  A group of people, called out to be different, to live a different lifestyle, to suffer hardship through no fault of their own, then to pay the ultimate price in the sacrifice of their lives as part of a larger war about which they knew nothing.

In their final hours, they didn’t fight back.  They didn’t say, “Hey, American Militia, I’m not at fault.  Go get those Shawnee Indians.  They’re the bad guys.”  They didn’t whine about the unfairness of the situation. They didn’t say, “Hey Americans and British, don’t involve me in your petty land wars. Just leave me alone.”  Instead, knowing their lifestyle changes based on a faith in a peaceful, loving God would cause them to be misunderstood by even the closest members of their family, they chose to leave the life they knew and follow Jesus anyway.

Would I be willing to do the same as those ninety-six Indian martyrs? Could I have the same courage?

A final, fitting footnote.  What does the German word, Gnadenhutten, mean in English?  I love this.  It means, “huts of grace.” The Delaware of Gnadenhutten truly were a prototype of Grace on Parade.