WITH FRESH EYES: Winner of the ECPA Christian Book Award and the Selah Award. Get your copy here.
Home / Bible Study / Grace And Truth Tug-of-War

How could Jesus be full of both grace and truth?  Does he expect that of us?

A seminary professor of mine once said that the Gospel of John used such simple words, a child could swim in the shallow end and understand yet so profound, scholars could spend their lives swimming in the deep end and never grasp the full extent of its meaning. I got only as far as the fourteenth verse in the first chapter to agree with Dr. Foster.

“The Word became flesh and made his dwelling among us. We have seen his glory, the glory of the one and only Son, who came from the Father, full of grace and truth.” – John 1:14 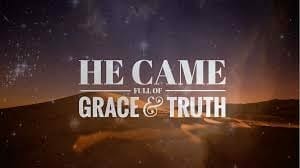 Grace and truth – aren’t those opposites?

Here are rough and ready definitions of those concept heavy words:

Truth: The veritable essence of a matter. Jesus did not merely express ethical truth but showed truth in every aspect of His character.

As I pondered grace and truth, I came to this conclusion: There are four kinds of people in the world:

Have you known people so full of compassion that they’re willing to bend the rules? So eager to be tolerant of others that they turn their head to the destructive forces bearing down?

Others seem to be honest to a fault. Blunt at all costs. Gotta know the truth, after all. Some have called them Bible thumpers.

Christians have faced the dichotomy of grace and truth throughout the centuries. It happened in the second century. Christians were called upon to declare Caesar as Lord instead of Christ. In a weak moment, desiring to save their skin, some capitulated. After persecution eased, the unscarred Christians slunk back to their brothers. The Church became divided in what to do with the cowards.

“We should show them grace and mercy,” one group cried. “After all, didn’t our Lord reinstate Peter after his denial?”

“Are you kidding?” Those with inflicted wounds folded their arms. “Why should they reap the same benefits as those who put their faith on the line? Our Lord said, he who denies Me, I will also deny before my Father.”

It happens in this century too. If we love and welcome a teenage mom, a gay couple, a sex offender into our church, we’re going soft. Should we inform the person of what the Bible says about those sins? I still cringe when I remember one older lady telling a homeless young man he shouldn’t come to church dressed in a ragged t-shirt. Truth, yes, maybe. Grace. I don’t think so.

Yet, as we hear statistics from groups like the Barna group that the divorce rate and couples living together inside a home but outside the confines of marriage is almost as high for Christians as it is for unbelievers, it makes some believers wonder if we have gone too far to other extreme, that our desire to be gracious has made us timid to speak the truth. We water down our reactions to cults and other religions, shrugging our shoulders and agreeing passively that maybe different is ok. Who am I to judge? Does it matter what you believe as long as you believe? It begs the question – believe in what? Jesus said He was the way, the Truth and the Life and that there was no other way to the Father but by Him.

Jesus was full of grace and truth. He wasn’t a balance of the two nor was his life filled with half of one and half of the other. He could forgive the woman caught in adultery but tell her to go and sin no more. He spoke bluntly to Nicodemus and turned tables upside down in the Temple. He declared that He was the bread of life, the Good Shepherd, the “I am that I am” with no apology even though it made some angry to hear Him say so.

We don’t have to sacrifice one for the other. We don’t have to switch from grace mode to truth mode. Having both grace and truth isn’t like a mixture of oil and vinegar, that you see each separate from the other. It’s more like mayonnaise where the two are emulsified together so much so that you see only the two combined into one action – unconditional love. Like Jesus, we can be full of both grace and truth.

I’m still oil and vinegar. Some days I’m gracious and accepting of others’ sin. On alternate days I’m blunt and allow their bad choices to blur their personhood. If I’m to become like Jesus, I want to grow to the point that my life is full of both grace and truth. Like Jesus, I want to see people as they are – bound by the power of sin – but love them as they can be, transformed by the forgiveness of Christ. 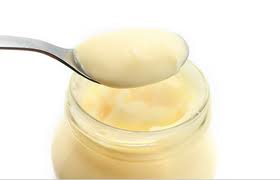 I want to be mayonnaise. If I saw a drowning child, I wouldn’t hesitate to say the truth. “You’re drowning!” Then in compassion I would dive in and rescue that child. Being full of grace and truth recognizes the destructive impact sin has on a life then has the courage and compassion to want to risk life and reputation to save the person from the long term and eternal repercussions of that sin.

When you see someone failing to live according to God’s standards, how do you react? With grace? With truth? With a mixture of both? Like Jesus, are grace and truth so well bound together that you can’t see one for the other?

Lord Jesus change us so that like you, we are full of grace and truth.

We don’t have to sacrifice the truth in order to exhibit grace.