I saw glimpses of God at work.

Let me share with you an update on my recovery from my reconstructive eye surgery.

I’m into the waiting period. I’m free from pain and discomfort, I’m getting weaned off my multi-splendored array of eye drops, and my vision is returning—not to normal, but to something different. I can definitely tell I need new glasses and I suspect my current prescription is much too strong. Frustrated one evening, I borrowed my husband’s glasses and in some respects, could see better with them. Can you see me holding my hand up in the middle of a church service, asking Jack, who would be standing at the pulpit,” Uh honey, my turn on the glasses so I can read the PowerPoint”?

I’m so anxious to get that new pair of glasses and see what I can see. So anxious, it would be easy to miss the little improvements already happening. I noticed some changes right away. Colors are brighter. The lines of Jack’s plaid shirts are sharp and defined instead of mushy. Dirt in my garden is more granular than clumpy, and people suddenly look a lot older than I thought they were. Did you ever think wrinkles could be beautiful? They are to someone who hasn’t been able to see!

God has been so gracious throughout this journey. I have so many stories of the ways we’ve seen Him at work. There’s been the reduced hospital bill by the tune of $10,000, the gifts of food from church ladies that included the very foods I was craving and the giver didn’t even know it, and the gift of time from my ophthalmologist who dropped everything she was doing on the Saturday of Memorial Day weekend to work through several complications that reared their painful heads at the worst possible time. God used my time of recovery to minister to others who found out they had to undergo the same surgery.

Other signs of God’s intervention were more subtle and took me several days to realize their peculiarity. The doctor operated on my “good eye,” leaving my “bad eye” to do all my seeing for several weeks. With that eye, I can only see the big E on the eye chart and maybe one of the letters on the next level down on a good day. For most of my life, that eye was so crossed, I could only see the tip of my nose. I used that eye more in the span of two weeks  than I had my entire life. I used it to see my food, make my way to the bathroom, and access Netflix and Facebook when I wasn’t supposed to be looking at anything. Since more sight has returned in my good eye, I wonder how I was ever able to make out anything with my bad eye. Today, six weeks later, I got it. I do believe God gave me extra vision in that eye so I could cope during recovery. 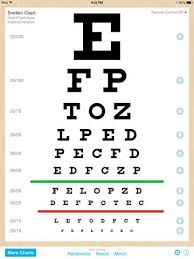 As I mentioned, my current glasses’ prescription is completely messed up. Everything in my far distance vision is blurry. There’s only a narrow margin of visibility in my bifocal depth of field. Reading is difficult and tiring. My best vision—the vision where I’m noticing the texture of dirt, numbers on the bathroom scale, and people’s facial features—is in my mid-range vision.

That includes my computer monitor. Yes, I have large print software, but I have been amazed that I have been able e to write when it’s been difficult to see much else. I’ve  been able to work even though I’m still recovering. In just the last few days, I’ve worked for hours at a time without eye strain or fatigue. I’m convinced. It’s another God-marvel. God allowed my mid-range vision to return first so I could return to the writing I love to do for His glory.

The waiting has not been easy. I truly thought I’d recover for a week then jump back into life. Why did God orchestrate it this way? Why the wait? Why the complications? For that matter, why didn’t God heal my eyes back in 1969 when I first caught that God did those kind of things and prayed for His healing?

You know, if God had ever healed my eyesight instantly, there would be a lot of hoopla and rejoicing. And it would last about as long as reactions to a post on Facebook. I have the hope that my vision will be much better than it ever has been before. In the meantime, I’ve enjoyed all these smaller miracles and God-winks. It’s like God is going to milk this one for all it’s worth so He can get more press time than a tweet on Twitter. He’s giving me and all of you a lot more for which we can praise Him than just a single miracle. If God had healed me quickly, I would have missed out on the blessings of unexpected potato salad, significant talks with visitors, and the above and beyond care of a good doctor. 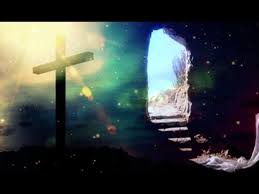 It reminds me of Jesus’ earthly ministry. If I had been Jesus, I think I might have said, “Father, can we just cut to the Resurrection, let me come forth from the tomb in a blaze of glory, and get this over with?” Just think of the personal touch so many would have missed if Jesus jumped over His three year ministry. Those three years had to happen. They were the lead-up to the Big Event. They were glimpses of something bigger and better, a foretaste of the marvelous and best miracle to come. They were merely stepping stones to something else. Scripture plainly says that Jesus did his miracles to prove who He was. His miracles got people’s attention on Him and helped convince His disciples about His identity so when time came for His most important task, the cross and resurrection, His audience was ready and waiting. Ready to believe in who He really was.

The next time you find yourself wondering why God isn’t answering your prayer for a big miracle, stop yourself. It might yet be coming. In the meantime, look around you. Look at what God is doing to sustain, refresh, and encourage you. Look at the glimpses of glory that prove that He is there and He is working on the end result in your behalf. Instead of whining and wondering (which only discourages you and those around you), praise Him for what He is doing. Let God have more than fifteen minutes of fame. Praise Him for all that He is doing. Milk His presence, protection, and divine provision in your life for all it’s worth. The rest of us want to rejoice with you. We want to cling to those glimpses of glory as we also wait for the biggest Event of all—His gift of eternity.

What glimpses of God at work have you seen?

Previous Post: « Caught Being Good: A Plateful of Muffins
Next Post: How Much Is Enough: Grace and God’s Expectations »