WITH FRESH EYES: Winner of the ECPA Christian Book Award and the Selah Award. Get your copy here.
Home / Grace on Parade / Caught Being Good: A Plateful of Muffins

He’s lived in our small town and attended one school for an entire year. No school transfers! He’s going into eighth grade and doing well. He’s accepted Christ as His Savior, is involved in the youth group, and comes to our house frequently to ask challenging questions and tell us about his latest life-plans. And boy-howdy, some of those life plans are real doozies! He’s a generous young man with a heart of gold. Sometimes he doesn’t use the best judgement in that generosity but oh my, his heart is in the right place. And that’s why Jacob gets my Caught Being Good award.

A half hour before my knitting group one Thursday evening, Jacob called me. Could he come over to my house and make brownies? The stove in his house doesn’t work. I invited him to come to the church while I was at knitting group and he could make them while we knitted in the next room. Upon arriving and getting him set up with the supplies and ingredients he didn’t have, I watched him pull out three brownie mixes from a plastic shopping bag.

“Who are you making all these brownies for?” I asked. 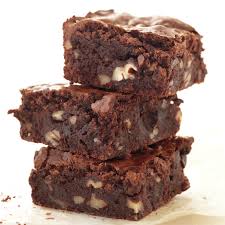 One box was for a teacher who was retiring that year. Another was to make for all the ladies in the knitting group. And the last box was for my husband and me.

I shouldn’t have opened my big mouth. I blurted out that I was allergic to chocolate and my husband was diabetic.

His face puckered and his shoulders sagged. “Maybe I shouldn’t make them for the knitting group then.”

“Because you can’t eat them and that wouldn’t be fair.”

Oh gracious, what do I say? I tried to tell him that life often isn’t fair and it really didn’t bother me to watch people eat something I couldn’t. The fact that he even thought of us was precious enough of a gift for me. I talked faster and slicker than a used appliance salesman to persuade him to go forward. He relinquished only after he assured me he would find something else for us.

It came two weeks later on a Sunday morning when I was face down from eye surgery. I’d already had a revolving door of visitors and caregivers while the “Preacher Creature” was at church doing 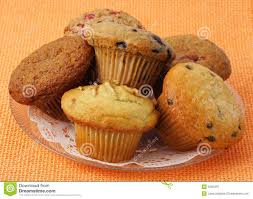 his sermon thing. Between the worship service and Sunday School, the doorbell rang. One of the ladies went to the door. It was David holding a plate of muffins. The church had put out muffins from a brunch held the week before, and Jacob had take full advantage of the bounty. He proudly held out the plate of muffins, not realizing I couldn’t see them. “I picked one of every kind for you,” he said, his voice beaming with pride and enthusiasm.

I could envision this thirteen year old kid going down the line, filling that paper plate with muffins, and the older ladies, having no clue about his motivation, biting their lips to keep from telling him to not be so greedy. That’s probably what I would have thought. But David’s generous heart didn’t care about his reputation.

He had nothing of his own to give me. The muffins were his for the taking. No one had put a limit on how many he could take. No one stipulated what he could do with those muffins once he put them on his plate. So he gave to me the gift of his free muffins. Like the young boy who gave away his lunch to Jesus, Jacob gave what he had to someone in need.

I wish I had a picture of that plate of muffins to show you. If I hadn’t been face down, under doctor’s orders to not move, I would have taken a picture. If I’d had my brain and my spirit of gratitude working that morning, I would have asked one of my helpers to take that picture. But I bet God took a picture. And I bet that picture is hanging in Heaven’s gallery of fine art. One of His little ones gave away what most teenaged boys would have inhaled in less time than it takes to unwrap one muffin.

Good job, Jacob. God knows who you are and He is smiling big time.