WITH FRESH EYES: Winner of the ECPA Christian Book Award and the Selah Award. Get your copy here.
Home / Grace on Parade / Help That Makes A Difference: 3 Ways To Help A Family Of A Child In Crisis

You don’t have to feel helpless when you hear stories about children with severe health issues. Your help means more than you will ever know. 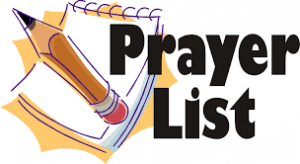 or months, Reid has been on our church’s prayer list. We only knew that he was a four year old little boy who had cancer, the great-nephew of one of our church members who lived in the next town south of us. Western Illinois is a tight-knit community. Word gets around quickly and what happens to one of us impacts all of us, especially when it comes to children.

Only this week did we learn the particulars. Reid has neuroblastoma, a cancer that develops from immature nerve cells. According to Mayo Clinic, “Neuroblastoma most commonly arises in and around the adrenal glands, which have similar origins to nerve cells and sit atop the kidneys. However, neuroblastoma can also develop in other areas of the abdomen and in the chest, neck and near the spine, where groups of nerve cells exist.”

Reid’s cancer has centered in his spine near his neck. This week, he was to undergo an 8-10 hour surgery to remove the tumor which involved removal of several vertebrae in order to reach the tumor. Praise God, the surgery took only 1 ½ hours and doctors were able to remove about 80% of the cancer. The bad news is, there is still 20% left which will be very difficult to treat.

How does anyone, any parent, bear such a burden? My husband and I remember like it was yesterday the sense of helpless apprehension when we handed our 2-week old baby Christine over to the surgical nurses at Children’s Hospital in Cincinnati. Yes, we knew God was in control. But, that was our baby having her eyes operated on, her cataract infested lenses being removed.

I have a suspicion that what got us through would help this family too, would help any family facing the crisis of a suffering child. Here is what helped us the most.

1. Lots of persistent prayer. When the stress and the fear of “what could happen” was too much to bear; prayer was the way we unburdened our hearts and minds so we could think clearly. When we were too tired to articulate our need, we were strengthen by the fact that so many were praying for us. If you ever wonder whether your prayers for situations that you aren’t even close to make a difference, oh yes they do. When I realized that churches in six different states were praying for my baby, it moved me deeply. If I ever dared to think no one cared, all I had to do was remind myself of those multiple prayer lists with my baby’s name on the list.

2. The supportive company of friends. Victor Maxey and Cletis Bagby sat with us during each surgery. You would have had to know these two men to realize how deeply we appreciated their presence. Most would label both of them as introverts, men of few words. All they did was sit in the waiting room with us. What a comfort that was! Bryan and Pam Eubanks opened their home for meals, watched our older daughter during the surgeries, and offered getaway hospitality when our own four walls were closing in on us. Cora Cassett believed down to her socks that God had given her a nice car so she could use it to minister to others. Early after our daughter’s diagnosis, Cora informed me that her car and her chauffeuring services were available to me for whatever I needed.

3. Extend hope. Sometime between the diagnosis and surgery, Cora and I stopped at the church office. The janitor met us in the hallway, saw Christine in my arms, and said, “Poor baby. She’s blind.” I don’t need to tell you that a dagger of dismay and discouragement went through my heart.

Another comment had the exact opposite effect. When we were about to be discharged from the hospital after Christine’s second surgery, a nurse escorted us to a large waiting room to see the doctor one last time. The nurse in charge of the waiting area, an ample older black woman named Arlene—ironically the name of my mother—walked through the rows of chairs. She stopped before me, took Christine in her arms, rocked her gently and locked eyes with me. “God’s got His hands on this chile.”

I can’t begin to relay the number of times those words acted like Aladdin’s magic carpet of hope that gave me the courage to look beyond the rough moments of raising a visually impaired child to the vistas of hope beyond. They were words of prophetic grace, intoning a blessing on my child. Now, twenty-seven years later, Arlene’s words have proved true over and over again as our daughter has gone on several not-so-short mission trips, instructs English as a second language at a public university, and is now learning to drive with only a few restrictions.

So often, when we hear about a crisis, our minds connect to other similar situations. Our brains overflow to our mouths and we bust out with similar stories, forgetting to censor the more negative ones. Which of us haven’t had someone say, “Oh I know someone who had that and they died”? Or in our well-meaning efforts to show compassion, we focus on the problem rather than the solution.

Extend hope! Be encouraging! Remind your hurting friends of a Big God who can handle any crisis. Tell the good stories. (You have my full permission to tell a family about the little girl born blind who is now an independent, godly woman who is learning to drive!)

If you see a family in crisis, you don’t have to stand helplessly by. When they are too exhausted to walk the journey any more, your prayers, help, and hope carries them through. You do make a difference.

And can I ask you to stop a moment and pray for Reid and his family. After you do, think of similar situation closer to your heart, one you know of. Ask yourself, what can you do to help the family cope? Pray? Send a card telling them you are praying? Organize a bake sale to help pay for medical bills? Offer to watch their other children while they take their suffering child to the doctor? Provide a gift card to a restaurant? Any thing you do does more than the actual gift. Your efforts, your words, your gifts shout, “Someone knows and someone cares.”